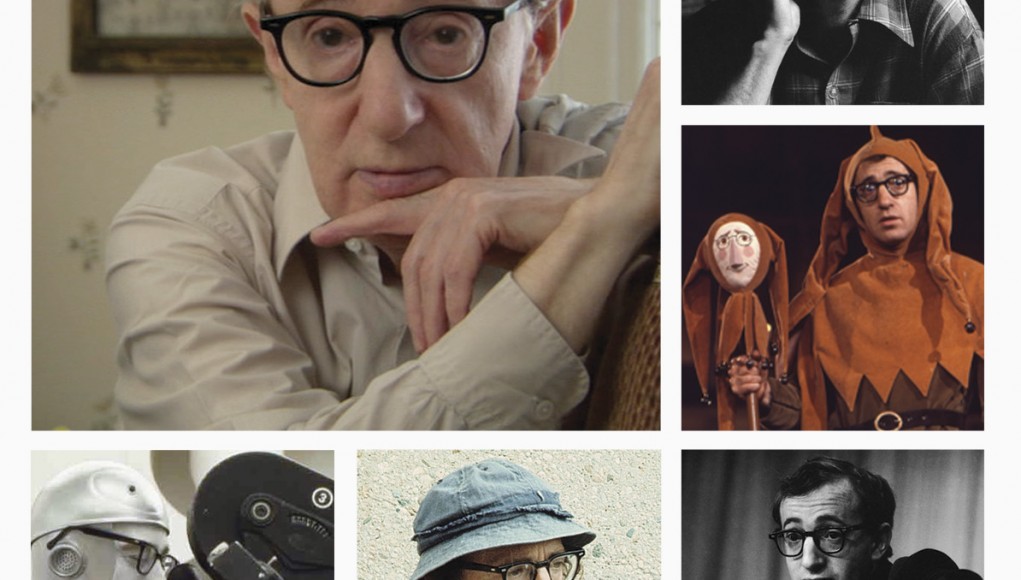 Robert B. Weide has directed several quintessential biographic documentaries on figures such as the Marx Brothers and W.C. Fields, and has directed some of the classic episodes from Curb Your Enthusiasm. For 2012, he has released Woody Allen: A Documentary, a genuine documentary that chronicles Woody Allen’s career until just after his success with Midnight in Paris. Even with a private man such as Woody Allen opening up his life and methodology, the film clearly does not dig deeper than it could.

Born Allan Stewart Konigsberg in Brooklyn in late 1943, Allen was the son of two Jewish parents and was not particularly affluent in school. He showed an interest in entertainment with card and magic tricks before sending in jokes and gags as early as age 16. Soon enough he was making more than his parents. By 19, he had started writing for many of the great, classic television shows of the 1950s; The Ed Sullivan Show¸ The Tonight Show, and for Sid Caesar.

By the early 1960s he began to perform stand-up and gained a following as he embraced his neuroses and intellectualism in his stand-up routine. By the mid-1960s he began his playwright chapter in his life with several Broadway plays and one-act successes; he was easily carried into screenwriting. Allen would enter the film actor world screenwriting world at the same time with What’s New Pussy Cat? to go on and both write and direct soon after.

In 2012, Allen is just shy of being 70 years old, and has the motivation and momentum to continue his length career and yearly output streak. Allen explains his writing methodology, most of which begins with an unorganized pile of notes in his nightstand. No matter how old or short the note is, Allen can pick it up a mere sentence and take it anywhere.

Allen still bangs out his scripts, re-writes and all, on the same typewriter that he has had since he was a teenager. The loyalty Allen has to his typewriter is inspiring and admirable, it is rare to find anyone still using such a simple tool and unassuming writing methodology as other films scripts move quickly across wireless technology during pre-production.

The most controversial moment in Allen’s life, his affair with Soon-Yi, is examined but primarily from archival footage and sources. Most of the captured interviews regarding the scandal were focused on Woody’s temperament and his thirst to move his projects forward. Then again, Woody Allen’s life is not the sum of one scandal, that is why Weide moves on to the next chapters and sections at a healthy pace.

The most obvious discussion, and one that dominated the latter half of the second part, is the longevity of Allen’s career as one of the most prolific living auteurs today. It is a feat that few will be able to match. Furthermore, since 1982 he has released at least one film a year, and kept a similar production schedule since the 1970s. Essentially, it all comes down to 42 films written and directed in 47 years.

Woody Allen: A Documentary expands on some of Allen’s lesser known idiosyncrasies. Allen has played the clarinet since the 1960s and practices whenever he has a down moment. In fact, he continues to play every Monday night in his jazz band, where you see a side of Woody rarely seen; someone lost in the music he and his band is creating. Allen’s insistence on maintaining his Monday night appointments is the reason why Woody is rarely present for award ceremonies, even the ones he wins.

This two-part documentary splits its time in half by chronicling his career and personal life side-by side. As a chapter in Woody’s life closes, another personal hobby, quirk, or talent is examined. It is a fine way to keep the history and personality separate, and to keep the film moving along at a leisurely pace. Woody Allen: A Documentary is a near-definitive biography of Woody Allen, or as close as it will come to being authorized.

The true inspiration of figures like Allen and Roger Corman are their abilities to produce a great amount of work, even if the duds seem to outpace the hits at times. Yet, their interest to continuously entertain well into their old age is admirable. Allen still has it in him; Midnight in Paris was theatrically exhibited for 44 weeks, and unheard of figure in an age when ancillary market releases are typically within a two to three month window.

To see Allen open up his life and explain many of the quirks in his life to Weide is uncanny. Allen became such an influential comic and filmmaker due to his inclusion of psychoanalysis in his material, and he certainly does not hide the conclusions that he has made about himself. Allen’s life and work could easily be expanded upon to dig deeper into the themes and signatures of this broad career. However, Woody Allen: A Documentary is a sufficient examination of a complex persona and artist, and is both frank and unabridged.