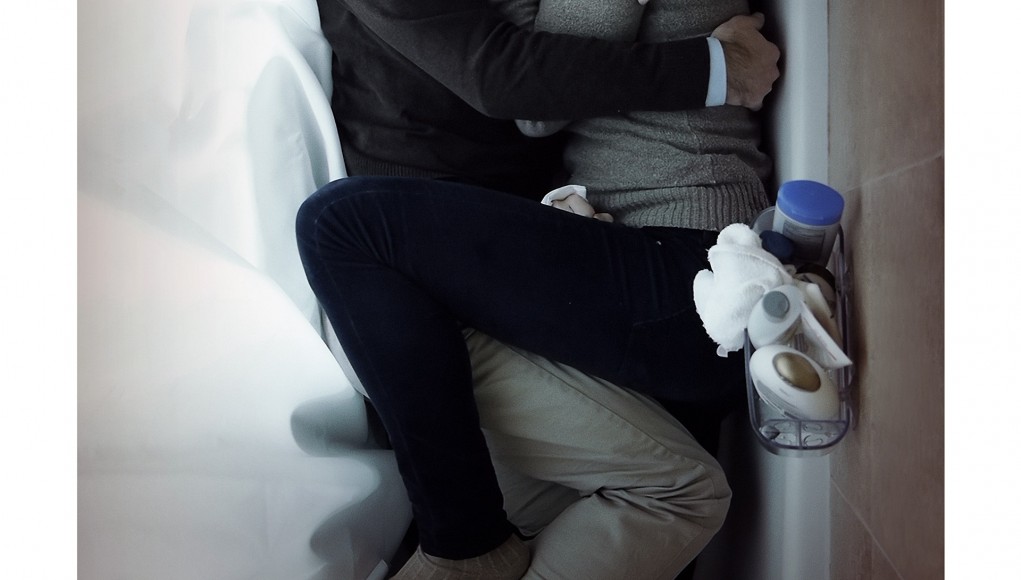 It has been nearly a decade since Shane Carruth dropped his 2004 ultra-low-budget, ultra complex sci-fi time travel thriller Primer on the Sundance Film Festival. Between that time and now, he found difficulty working with studios and the weight of larger budgets when developing the now abandoned A Topiary. With a bad taste in his mouth, Carruth kept a low-profile and made Upstream Color with the same freedom he had with Primer, except this time he his technical experience is more pronounced. The resulting film is as complicated and ambitious as his first.

An unnamed man concocts a fabricated drug made from worms and plant resin, contained in a variety of forms, and distributes them to unsuspecting people, often times through force. Kris (Amy Seimetz) is tazed and forced to ingest one of these doses, causing her to become mentally dejected and placed into a trance where she is guided to empty her bank accounts. When she comes to, not only is her wealth gone, her unexcused and extended absence causes her to be terminated from her job as a video producer. As she picks up the pieces, she realizes that she has also obtained an organic link to objects and forms of life. She eventually meets Jeff (Shane Carruth) who has been affected in the same fashion, and the two rely on each other to find a new normal.

The strange narrative becomes a dramatic romance where Kris and Jeff struggle to delineate their shared experiences and memories in parallel to a pig farm that is connected to them. The unnamed pig farmer is also an amateur sound recorder who captures manipulated events such as bricks falling over and rocks sliding down a metal tunnel. He further manipulates these recordings to create emotional soundscapes that are effectively linked to Kris and Jeff.

Thus is the ethereal narrative that is experimental and abstract, yet not hard to follow, but even the most attentive and well-versed spectator will still have questions lingering in the end. The visuals are crisp and provoking, cut together with a rhythmic editing structure that restricts what could have been a bland and elusive attempt at transcendence to an accessible form that is beautiful and momentous. The film utilizes many of the transcendent ideals of nature found in The Tree of Life, but also delves in the grotesque, touching upon psychological body horror found in Cronenbergian cinema.

If Primer was any indication of Carruth’s interest in complex narratives that transcend our understanding of time travel, in Upstream Color, he supplants our understanding of our interconnectedness to other organisms. This interconnectedness is portrayed through Kris, Jeff, and even other living beings affected by the drug’s distribution to experience similar situations and sounds at the same time. We see Kris watching a printer work, while Jeff watches mail sort, and the estranged pig farmer and sound recorder experiences the vibrations generated by energy.

Henry Thoreau’s Walden becomes a central element in the film. The book was Thoreau’s social experiment to experience self-reliance in hopes to find a spiritual discovery lost in what was then the modern world, just on the brink of the Industrial Revolution. The book’s romantic ideals parallel the film’s depiction of interconnectedness of all living beings, especially the ones affected by this drug. However, simplicity and minimalism is absent in both the characters’ lives and in the film’s style. Perhaps the creator of the drug and thief who forced Kris to memorize Walden during her intoxication wanted to make an impression on her, but the lessons obviously failed to resonate with the thief.

The soundtrack is split between gorgeous, eerie music that is appropriate for the moments of beauty during Kris’s recovery, and sound effects that represent the dreadful but earthly composition of organic matter. Dialogue is sparse, but the ethereal images and eclectic blend of beautiful soundscapes and intense oscillations provide enough data for the spectator to build a coherent story in their mind.

Upstream Color is a film that never tells, just shows, and is an exceptional example of how seemingly disparate lives and beings are connected by exploitation, loss, and tragedy. It is no wonder that Carruth had troubles with commercial filmmaking. Risk is not associated with experimental cinema, and innate talent does not always convert to profit. Along with Mumblecore director Joe Swanberg, Carruth is a micro-managing filmmaker who wrote, directed, acted, scored, and edited the film. He is also as well as self-distributing the film and schedules his own press interviews. It is a unique film that will captivate in a time when the great contemporary films are found not in the multiplexes, but enjoyed, as I did, through smaller means such as VOD. Upstream Color is no doubt a demanding film that tests the audience’s interpretive skills, and its effervescent style and presentation makes it worthwhile to experience again like Carruth’s freshman effort.