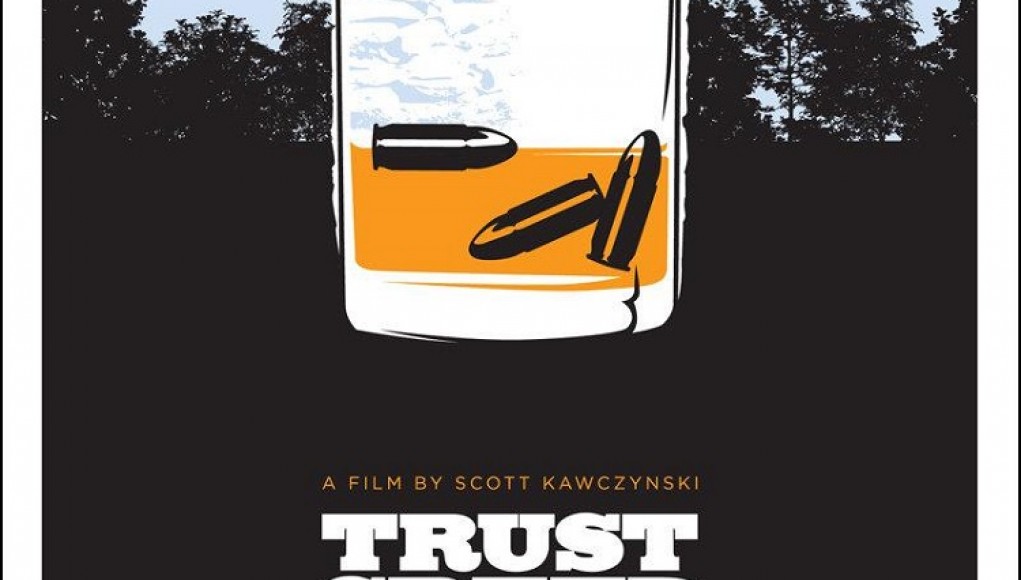 Nothing is more inspiring than a low-budget independent film with a fresh plot and an ensemble cast of character actors rising above the typical gunk, particularly the gunk often submitted to this site. Films like Trust, Greed, Bullets & Bourbon tend to live and die at film festivals, but the ensemble cast and clever mystery deserves a longer life-span, even if it becomes an unexpected gem on Netflix.

News arrives to several estranged members of a botched diamond heist that the gang’s patriarch, Franky, has passed. Among them, David (Eric Morris) was caught in the act and spent some 5 years in prison, suspecting that someone on the team ratted him out. The gang reunites at what is thought to be a secluded cabin, tasked with a unique set of clues presumed to lead to the missing diamonds, as well as putting together the events of that fateful day some many years ago.

As the plot unravels, the dynamics of the group are revealed to be a cocktail of backstabbing, love triangles, second guessing, and general one-ups-manship. Instead casting start-up (over-)actors, Trust, Greed, Bullets & Bourbon is a piece that allows performers to flourish, particularly the ensemble cast of theatre and character actors. These performers tend to find ways around some of the uninspiring dialogue, leading with experience.

Trust, Greed, Bullets & Bourbon is also a beautiful film with crisp cinematography and meaningful angles. Cameras were not just placed on a tripod and left with its default settings, but carefully composed. Even wide shots tend to not suffer from the typical distortion of wide-angle lenses. Yet, the writing is dialogue heavy, giving the impression that writer-director Scott Kawczynski has a strong theatrical background. When Kawczynski finally breaks free of these chains of the stage, we might see some impressive crime thrillers in the near future.

The strong Tarantino influence permeates throughout this film’s plot, but the resemblance to The Killing more prominent than Reservoir Dogs. Kawczynski and crew have a clear vision with what is a relatively light-hearted mystery that refrains from being too complex, but not spoon-fed. When considering the resourceful filmmaking practice that Trust, Greed, Bullets & Bourbon employs, the film is only missing an oxford comma in its title.