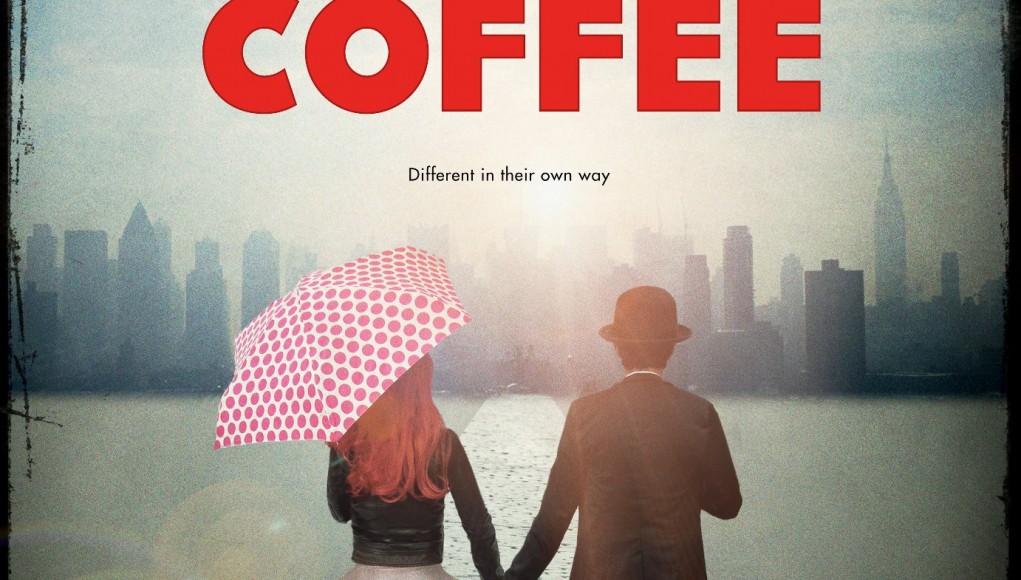 Alex (Kevin Pinassi) is a clown who drinks far too much early in the morning, has a penchant for the finer things in life, and has become more distant from his family and friends. His only friend Ronnie (Marcel Torres) attempts to cheer Alex up by taking him to an alternative entertainment club. Alex has been talking with a younger girl over the phone, perhaps the only person who makes him happy. Mandie (Rachel Marie Lewis) finally arrives to visit, giving Alex a chance to share his interests and life with someone else, even if it is for a short amount of time.

Transatlantic Coffee has a rather ambiguous plot from the get go, only providing a sliver of a story when Mandie arrives from overseas. Alex is colorblind, which confuses Mandie to how he could enjoy such bombastic city as New York with the absence of color. His apartment is primarily white with splashes of grey and black. Alex is also a little bit of a romantic, wearing more fashionable attire that is outlandishly over-bearing for the harsh New York that is on edge less than a month after its most horrendous incident in 2001. His presence with a bowler hat, bow-tie, suspenders, and the like harkens to Chapman’s Tramp character, except Alex is much less removed from the city where the Tramp was required to learn the ins and outs of the city to survive.

Although colorblind, Alex feels color elsewhere, particularly in music. Alex explains—in my own paraphrase—how music is an abstract moment recorded. Music and sound itself is a character in the film, provoking or supporting the Alex’s anxieties and melancholy that exists, or even replacing visuals with sounds to link the visual symbol when absent.

Mandie represents the manic-pixie-dream-girl, a concept to which a quirky, free-spirited female character in late-Generation X and Millennial films provide the male character with hope and spontaneity in order to overcome a depression or other adversity. This trope has been over-done to extremes, but Mandie’s inclusion is perfectly supported with the twist ending in Transatlantic Coffee. This inclusion has a cunning resemblance to Ruby Sparks, albeit one that explains much of Alex’s own depression and aversion to social arenas.

Much of the cinematography in the film is handheld, but the blocking is superb, the work of filmmakers who know how to create meaning out of seemingly meaningless images. The handheld camerawork is poignant because of the close spaces within Alex’s apartment, and even New York itself. The palate appears and disappears depending on scene, depending on how trustworthy Alex’s perspective is. In fact, unreliable narration is the last thing perceived in the film. In the early few minutes of the film is there a brief interview with Alex and an unseen interviewer, something we do not see again until later.

Transatlantic Coffee is a character study that requires full attention, even if its center is apprehensive. The film is another enlightening example to which independent filmmakers can make provocative films on minimal budgets, focusing on characters with anxieties towards harsh environments such as post-9/11 New York City. 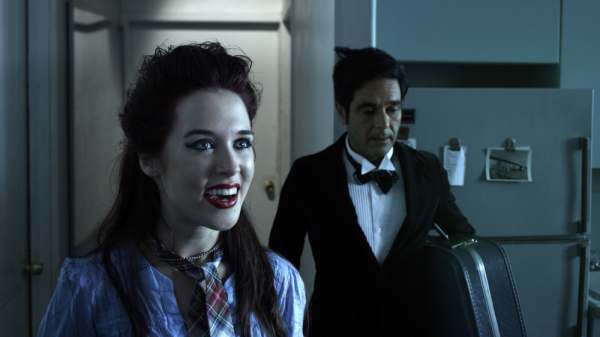