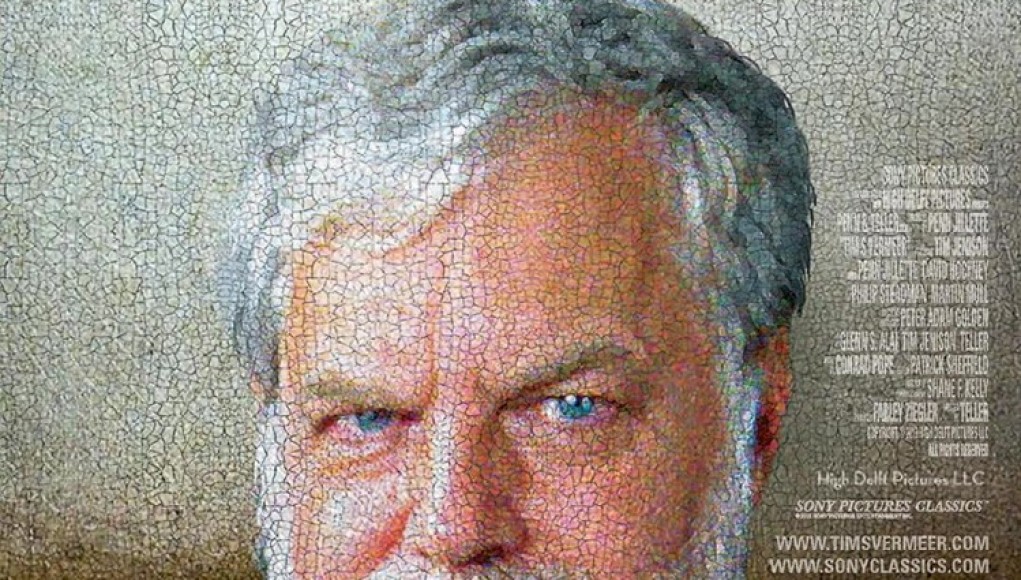 The recent television series Cosmos tells stories of how scientists, or at least people who we perceive as working with the scientific method, discovered complex concepts that were either forgotten by time, or overshadowed by how much they pushed forward our understanding of science. Johannes Vermeer may have been one of those people, as the method to produce his photorealist paintings in the 1600s has never been replicated. That is, until Tim Jenison engulfed himself in the mystery.

Jenison cut his teeth on electronics by fixing his own keyboards and then arcade games, until he launched NewTek in the mid-1980s to produce video production software such as Video Toaster, and finally Lightwave 3D. He’s an inventor and digital progenitor who knows digital art in and out. Tim, and the rest of the world, have long been entranced by the artwork of Johannes Vermeer, a 17th century Dutch painter known for his photorealistic works that make use of light. Many of Vermeer’s works appear almost as if they were actually taken by a high-quality color photographic camera.

Except photography was a distant dream in the 1600s. The camera obscura, boxes with tiny holes that inverted images, were the closest anyone could get to projecting an image. Tim explains that that alone was not enough to produce replicable image, as the light made an inconsistent color palate to copy. Vermeer also had no known formal training, which continues the mystery of where Vermeer learned his craft, and why he was so great at it. This is why Vermeer’s light-obsessed works have fascinated historians and art critics for centuries.

But Tim began to investigate the mystery, and developed a simple, low-fi system of a camera obscura with a mirror that was indeed plausible in Vermeer’s day. To test Tim’s thesis, he chooses to replicate The Music Lesson on canvas. To do it right, Tim completely replicates the room in the painting in a warehouse down to the smallest detail.

Tim Jenison is a modern-day polymath, but what makes him such a charming character is that for a man who’s pushed the abilities of digital video so far, he has become obsessed with something as low-fi and analog as it can be. He goes out of his way to replicate every feature, detail, furniture piece, piano, and even pattern. He also has no training as an artist whatsoever, then again, neither did Vermeer. He admits to an art professional early in the film that during one of his first tests with the contraption, he learned how to work with a brush in about an hour. “It took me 40 years” the art professional modestly retorts.

While conducting research on Vermeer and The Music Lesson, Tim has a once in a lifetime opportunity to view the original painting at Buckingham Palace. He’s given a strict 30 minute viewing, with no recording equipment allowed. After his viewing, he elatedly describes how the original Vermeer features an uncanny amount of detail, the brilliance of the painting, and how many months Vermeer must have worked on it. But Tim is doing the same thing, making sure all the minute details are covered, taking months and years to perfect his craft.

The production has an atmosphere like a toned-down Penn & Teller: Bullshit episode, but one where Penn only makes a few talking-head comments, and Teller, the director, is largely absent and muted, as usual. But this is no Bullshit episode, it’s a Hell Yes. Many of the most famous magicians and illusionists also spend time as historians and debunkers; it’s a tradition that goes as beyond as Houdini himself. To many, even with the accessibility of cameras, cinema and photography are still a magical experience. In Tim’s Vermeer, Penn and his silent friend cheer on Tim as he discovers a plausible contraption and explanation to Vermeer’s genius.

As Tim continues his journey to replicate The Music Lesson, the contraption he crafts becomes simpler, and simpler, and simpler, but its results become even more perfected as time moves on. What is left is no Xerox copy, it’s simulacra of simulacra, as Tim has replicated the room in The Music Lesson, in order to copy the famous painting. The result is beautiful and transcendent, and a testament to the ingenuity of both a 17th century genius who kept his process secret, and a 21st century visionary who only wanted to re-discover the genius’s method.

Click here to check out this great article from David Bordwell about Tim’s Vermeer.