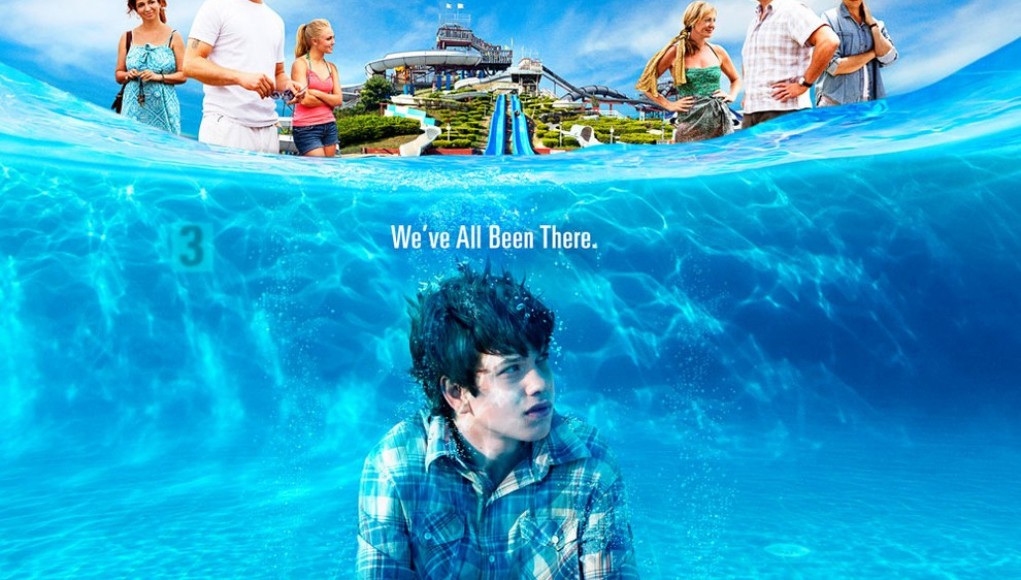 There is no hiding the stereotypical characters and plot in The Way Way Back, while the exposition can be nauseating provoking some to walkout. However, if you stay the course, the reward is a film that is thoughtfully executed despite the conventional teenage coming-of-age narrative. It is the humble summer flick for the thoughtful cinema goer: simple but exploratory, and delightfully endearing.

Duncan (Liam James) sits in the far back seat of a hatchback that faces the rear of Trent’s car (Steve Carell), while his older sister is sprawled out on the conventional rear seat. Trent is Duncan’s mother’s (Toni Collette) current boyfriend, and the four are headed to Trent’s beach house, a yearly summer tradition for Trent to party with a group of close-knit friends. Their arrival is bombarded by Trent’s vociferous neighbor Betty (Allison Janney) who immediately starts to dish gossip with booze in hand. She introduces her younger son with a lazy eye, as well as her daughter Susanna (AnnaSophia Robb), a teenage girl not too much older than Duncan. It does not take long for Duncan to find himself the odd man out: He is too young to have fun with the adults, older than his lazy-eyed neighbor, and definitely not cool enough to hang with his sister.

Duncan keeps his head down and slouches, he is fourteen after all; insecure about himself, uncomfortable in his own skin, and unsure of Trent’s intentions with his mother and his family. It is not until Duncan meets Owen (Sam Rockwell) at a local restaurant and bond over a quick game of Pacman. Owen works at the local water park, a refuge to which Duncan eventually escapes to during the day, and where he later finds summer employment.

Duncan and Susanna slowly become friends who both belong to divorced families, and would much rather live with their fathers. Trent has no interest in replacing Duncan’s father; he does not even seem to care about being a positive male figure. As an example, Trent tells Duncan that his coolness factor is a mere three out of ten, and his goal of the summer is to increase it. This moment creates an immediate divide between the two and is far less encouraging than Trent might assume.

Manhood is rarely discussed as an existential concept, but rather something bought and mimicked from products and articles on websites and in magazines. Currently, there is a trend with returning to a romanticized version of pre-Boomer manhood where beards and chivalry were an asset to behold. Duncan experiences the dichotomy of two men that could not be more different; Trent is disloyal and unscrupulous, and Owen is carefree but inconsistent. Yet, there is room for even Owen to grow, and Duncan has a chance to see how unfettered recreation is just as much a flaw as it radiates cool.

Jim Rash and Nat Faxon were among the four writers who won Best Adapted Screenplay for The Descendants, and the two serve as a writer/director team for The Way Way Back, they even have their own comical and satisfying secondary characters in the film. Also, this Summer comedy has a lengthy roster of talented performers. Rob Corddry and Amanda Peet round out Trent’s beach house buddies, and Maya Rudolph, Faxon, and Rash become the family that Duncan truly needs at this delicate stage of his life.

The Way Way Back explores the learned lessons of manhood by witnessing the failures of others, the virtue of employment, and embracing responsibility by stepping up, even when not called upon to do so.  Similar to Duncan’s initial uncertainty of the summer that lay before him, I too was dreading what was to come. Yet, like any kid that dreads the beginning only to never want to leave towards the end, I embraced what I feared, and found myself enjoying the film so much that I am not ashamed to say that I adored this simple and enjoyable comedy, and I want to return next summer.