Home Movie Reviews The One I Love 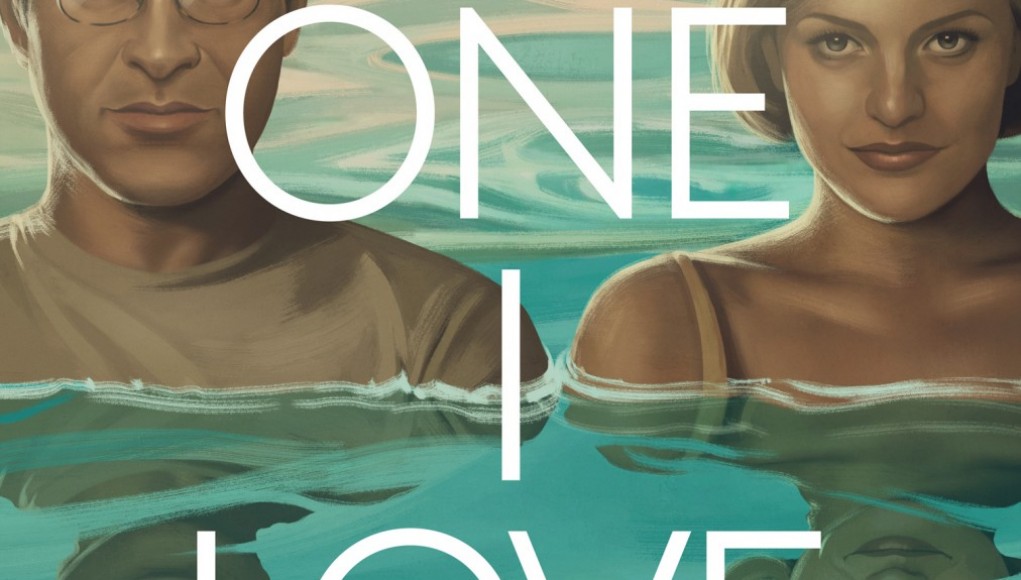 The One I Love is not like the other romantic comedies you may have seen. That’s because romance is overshadowed by the creepiness and whimsy of what could have been a simple Twilight Zone episode. In what might be one of the most original films of the year, The One I Love is relentless in its twists and compelling with its challenging plot.

Ethan (Mark Duplass) and Sophie (Elizabeth Moss) are seeing a therapist (Ted Danson) after Ethan cheated on Sophie. The two reminisce about a time when they were more adventurous together. The therapist recommends for the two to spend a weekend at a cottage to rekindle the excitement they once enjoyed. After a lovely first evening, Sophie curiously wanders over to the cottage’s guest house. She finds and un-nests some Matryoshka dolls, but is then found by Ethan, and two make love.  Sophie returns to the cottage shortly afterwards to find Ethan sleeping on the couch. Ethan doesn’t recall having sex with Sophie, leading to yet another argument, and Ethan storming out of the cottage to sleep on the couch in the guest house. In the morning, Sophie is seems to have forgotten the spat the night before and is making bacon for breakfast, which Ethan knows that Sophie doesn’t like.

The One I Love uses doppelgangers to represent the desirable attributes that Ethan and Sophie once had for each other. Guest House Ethan is active, confident, and knows what to say and when to say it. Guest House Sophie is much more of a homemaker and a “whatever you like” kind of gal who’s ready to laugh at anything Ethan says. The real Ethan and Sophie are easily charmed, but are instantly curious to where further interactions could go. But there are rules to how the guest house portal works, which the two are learning little-by-little. Ethan and Sophie also create their own rules of engagement to prevent jealousy or other unanticipated consequences.

Directed by Charlie McDowell and produced by the loveable but introspective Duplass Brothers, The One I Love fuses magical realism and romantic comedy for an original plot that asks if the desirable attributes of these doppelgangers are the ideals these two are seeking. McDowell knows how to express these binary oppositions, when normality exists and when we are in the other portal. Even the soundtrack matches the different scenarios, with electronic sci-fi when something weird occurs and conventional upbeat tempos when normality exists.

The film is a lesson in efficient, low-profile filmmaking. Only two principal performers are in the film, Duplass and Moss, with Danson making an early cameo. What’s left are two actors and an incredibly solid and engaging script. Gone are the lovey-dovey, vomit-inducing cuddling scenes and slice-of-life happiness the two both desire. Instead they are introduced to their ideal partners; more giving and attentive to their lover’s needs. Like Woody Allen’s The Purple Rose of Cairo, these doppelgangers are mirages, and the idyllic romance they offer will disappear once the real Sophie and Ethan leave the guest house.

The comedy of The One I Love seldom provokes chuckles, but the environment and situation tickles you as the film gets creepier as Sophie and Ethan test how far they can go with their doppelgangers. There’s also a fair amount of unanswered questions; answers that would only ruin the theme of surprise as two are clearly trying to re-ignite their romance. One scene has Sophie recalling a time when the two were at a magic show, and Ethan explained each trick to the surrounding audience members as the trick was happening, spoiling the experience for everyone. The One I Love isn’t the first film to explore the waning interest of a married couple, but how it tackles the premise is impressive, fun, and astoundingly unique.