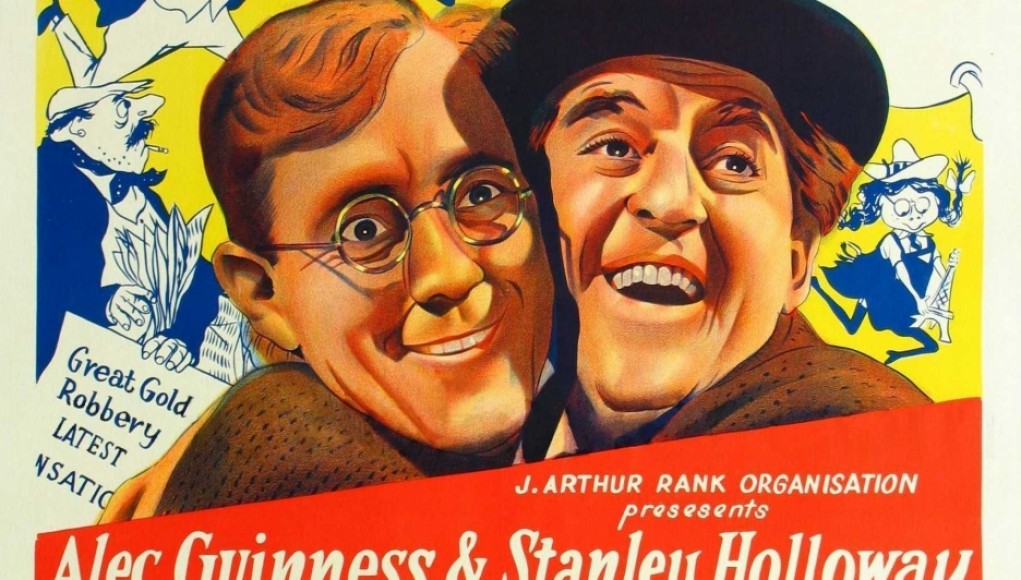 The heist gone wrong story is timeless. Even more timeless is The Lavender Hill Mob. A British comedy directed by Charles Crichton (A Fish Called Wanda), the The Lavender Hill Mob has a slow, early plot points that take on appreciated value as the films moves along, particularly with the ending.

Mr. Holland (Alec Guinness) has been directing gold bullion deliveries for over 20 years and has become a fixture at his London bank. His neurotic work habits develop a keen eye on the details of how the gold in formed into bars and to safely deliver gold ingots each day.

Mr. Holland meets Pendlebury (Stanley Holloway) who owns a foundry. When Mr. Holland realizes that the steps involved in making Pendlebury’s Eiffel Tower souvenirs is exactly the same as to make gold ingots the two concoct a plan to steal and smuggle the gold in a hilarious and charming heist that almost goes right.

The Lavender Hill Mob is a mid-20th century British comedy that certainly takes sometime to get going at full speed. The most eye-opening moment in the first part of the film is the Audrey Hepburn cameo at the very opening. Watching Mr. Holland slowly turn from a habitual man with a static routine, to a man who uses his high standing and years of loyalty to usurp the bank he’s worked for for decades. This plot development is so slow and bland, I did not know it was a comedy until just half way through the film.

The film turns to a much more upbeat comedy as the heist has successfully gone off, yet the execution of smuggling goes wrong. A mere language translation error botches the whole deal. A whimsical chase down the spiraling stairs of the Eiffel Tower is one of the most humorous points of the film, and is very much an inspiration to Alfred Hitchcock’s Vertigo. Continuing with the charming humor introduced in this film is an amazing car chase which features a fun rendition of Old McDonald as the gang attempts to shake the cops.

The Lavender Hill Mob is a short romp that clocks in at just about eighty minutes. It is a fun comedy that is worth the risk due to its short length. Like a car that need just a little time to settle down into a nice idle, The Lavender Hill Mobneeds a little patience before the plot becomes rewarding to the viewer with a slight twist during the ending.