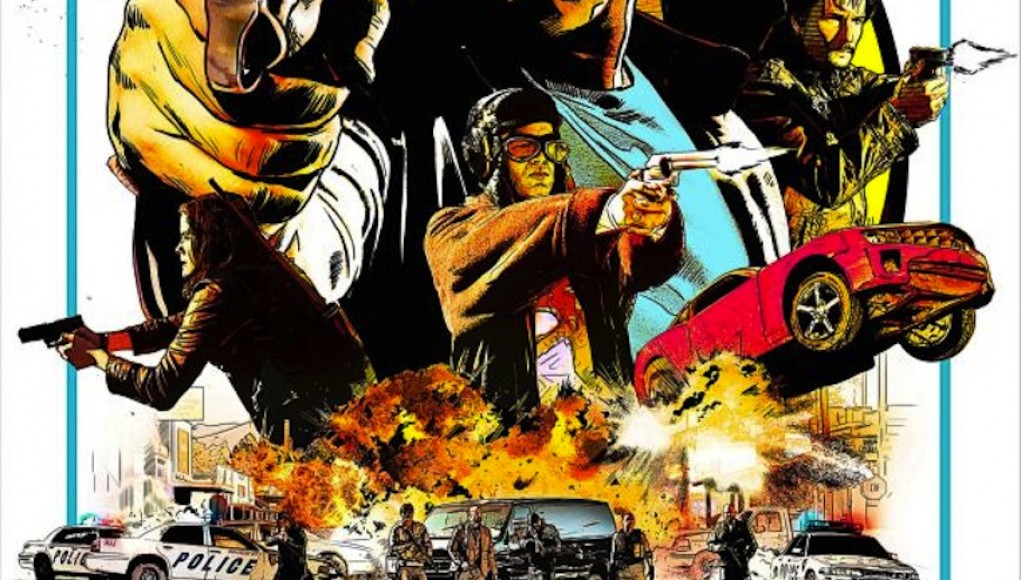 What is more American than product placement, guns, explosions, and Arnold Schwarzenegger? This essentially what The Last Stand is. Forget the central antagonists’ intentions to reach the Mexican/American border, everything in-between is just a chance to set-up a bombastic showdown devoid of anything other than low-brow entertainment.

FBI prisoner Gabriel Cortez (Eduardo Noriega) escapes a heavily armed caravan in a well-organized operation, and is heading straight for the Mexican border in a Corvette. Sommerton, the last town before the border, has seen some odd people in the last several days. Sherriff Ray Owens (Arnold Schwarzenegger) receives a call from the FBI agent John Bannister (Forest Whitaker), notifying him of Cortez’s intentions. When a reliable and beloved dairy farmer is found dead, Sherriff Owens’ instincts suggest that the two events are connected.

The Last Stand is an unapologetic extravaganza that portrays the most American traditions: a grand ole’ party with guns, explosions, fast cars, and a pinch of romance. It is a coming home for Schwarzenegger, and a welcoming to South Korean director Kim Jee-woon. It includes a barrage of clichés that firmly place the film in the high-concept, low-brow bin, such as Johnny Knoxville’s jester-like character, excessive, meaningless violence, and a predictable third act showdown.

The film’s most unapologetic element is that it is one giant, expensive commercial for Chevrolet’s new Corvette line. For roughly five minutes, the FBI explains the vehicle’s marketing dossier, including its horse power, its capabilities, and the acknowledgement that is so fast, not only is it faster than a helicopter, it will get you over the US/Mexico border in less than two hours from Las Vegas. Even the small town mayor has the car, and throws the keys to Sheriff Owens, just in case he needs to move it out of the fire lane.

The film is former California Governor Arnold Schwarzenegger’s first starring role in ten years, as well as his first since his public service stint. His meteoric rise into politics made him a popular Governor, but the natural end of his second term included a fall from grace, as an affair soiled his marriage. As he always promises, Schwarzenegger is back, and he is performing his typecast role. He looks old and tired, and the film certainly uses that as an essential characteristic

The Last Stand is also Kim Jee-woon’s English-language debut, and is a part of what I tend to call the South Korean Invasion, where several South Korean directors will be making films in the English-language for the first time. Hollywood always taps talented foreign filmmakers, and Jee-woon’s first film is certainly an obsequious effort, meant to show that he can play the Hollywood game. Jee-woon’s previous feature length film, I Saw the Devil, was a cat and mouse revenge narrative that was both graphic and unconventional. Prior to that, The Good, the Bad, and the Weird as well as A Tale of Two Sisters were also critical and commercial successes in South Korea.

As Jee-woon’s first American film, as well as Schwarzenegger’s first starring role in nearly ten years, The Last Stand knows exactly what it is. It is an action film of the American variety; fast cars, ‘splosions, and guns, lots of ‘em.  Unlike Jee-woon’s previous films, which were incredibly unconventional horror films and thrillers, The Last Stand is a mild artistic set-back, but a giant step forward as he delivered exactly what the film intends to be, giving him the clout for his future endeavors, which will be hopefully more challenging for him, and the spectator.