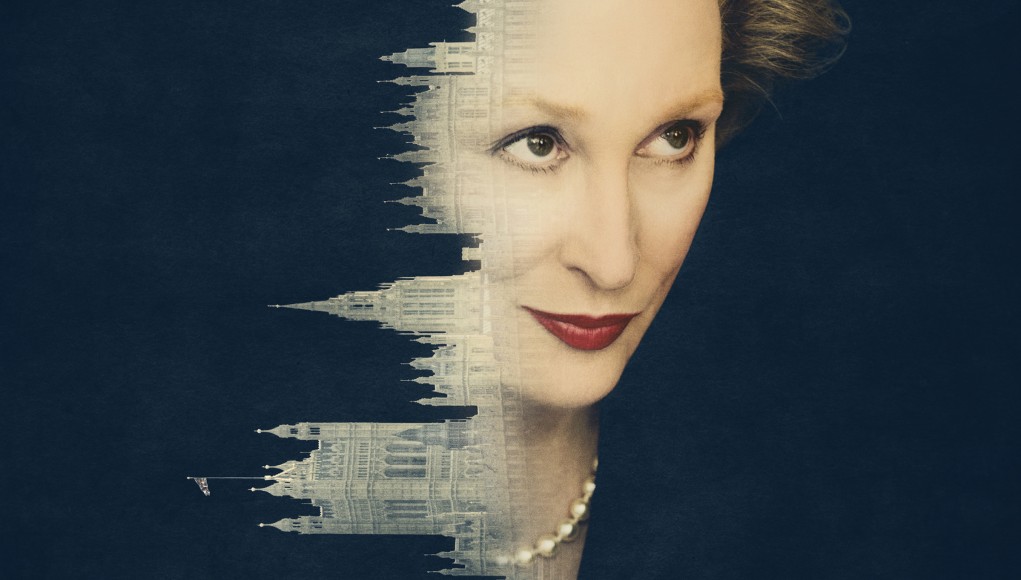 Rather than cram political agendas down the audience’s throat, The Iron Lady examines how UK’s first female Prime Minister consistently took survival into her own hands rather than relying on those around her. The conservative ideologies that the film explores are not ideologies that the film’s producers may agree with, instead it simply shows the sincere evolution of Thatcher’s reasoning and choices as a politician. However, it is that same cocksureness that threatened her relationship with her family and would run its course by the end of her lengthy and historical term as Prime Minster.

In her old age and teetering on dementia, Margaret Thatcher (Meryl Streep) has hallucinations of her dead husband Denis (Jim Broadbent) still living and entertaining her with his wit and charm. While Margaret signs advanced copies of her memoir she accidentally signs her maiden name triggering flashbacks to the most significant moments in her life. Her humble beginnings as a daughter of a local grocer taught her to work hard and remain diligent, two qualities that helped her rise through the ranks of the House of Commons and become England’s first female Prime Minister. But at what cost to her family and personal life?

The Iron Lady examines how Thatcher brought a similar movement conservatism that had gained momentum in America to her own country. She explains many times that she came from humble beginnings to graduate from Oxford and later to become a stalwart in the House of Commons. The film explores the most significant moments, but it is easily to see how so much is left out. This is not because the film is subjected to the common running times of 90 to 120 minutes, but because the film is told from the perspective of Thatcher’s growing dementia; she only can remember the most significant and defining moments.

Shoes are an important symbol in the film, an uncommon one indeed. On her first day in the House of Commons it is her heels that stick out from the black and brown leather shoes that tap on the floor. The tapping matches the incessant bickering and backhanded insults that exist on the floor of the House. Denis is shown caring for his shoes several times during the film, even holding them after surviving catastrophic IRA bombing. It is the shoes that appear to be a significant item that allows Margaret in her old dementia-ridden age to finally let go of the memory of her husband and the guilt she had accumulated by ignoring him during her term in office.

America has always had a love-hate relationship with the United Kingdom, and audiences lap up portrayals of English royalty and traditions at any chance. In fact, American film history is filled with accolades toward these portrayals and one of the earliest special effects in cinema is found in a 1895 Edison short “The Execution of Mary, Queen of Scots”. Last year, The King’s Speech was awarded the Oscar for Best Picture. This year, The Iron Lady offers a chance for Americans to see the democratic side of the UK that mirrors much of our own country’s political experiences throughout the 1980s.

Streep does not disappear into her role has she typically does, but her performance is stellar, especially in Margaret’s old age. Her elderly arms shake rather violently when she attempts to sit down in chairs or hold up a cup of tea to her lips. Streep seems to perform the best when she reacts to Jim Broadbent’s Denis who appears and disappears with the fluctuations of Thatcher’s dementia. However, you cannot forget Alexandra Roach’s portrayal of a Young Thatcher who also nails the slightest details such as a slightly quivering lip after a marriage proposal.

The Iron Lady is educational at best, bound to be forgotten by time, or at least to become a fuzzy thought that resurrects itself randomly through the years. While the film does has a certain disposability to it, it does portray Thatcher’s life through her diminishing perspective rather than as a pure chronicle. Biopics are always beloved because of the legends that they create based on true lives and events. But what truly makes biopics so loved is that these films can take the most stubborn and stone cold personalities and reassert their human qualities and emotions. The Iron Lady brings to light Thatcher’s guilt from the consequences of her actions, and it does so effectively.