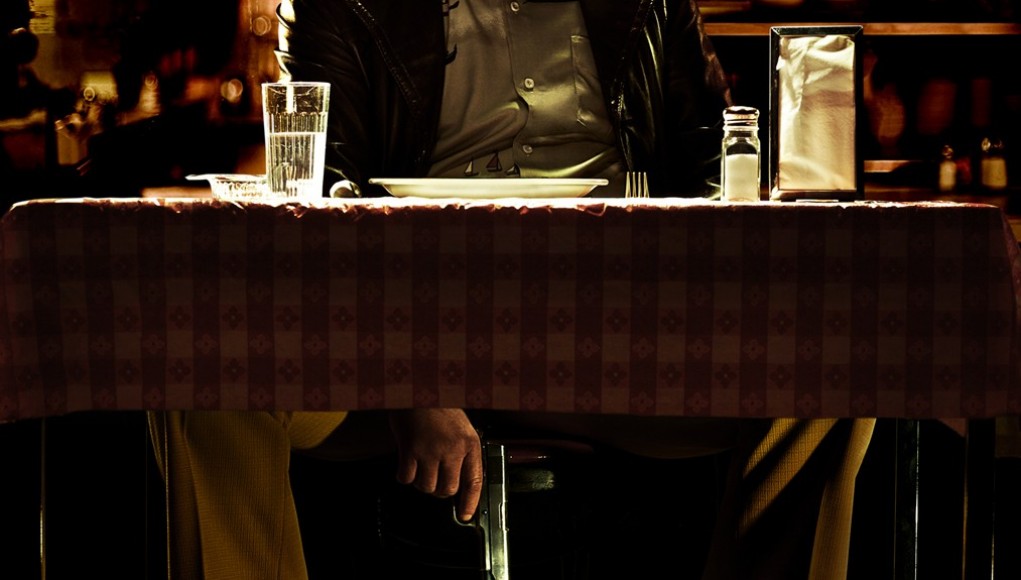 Over the course of three decades Richard Kuklinski killed over 100 men, never showing remorse or any source of emotion. The Iceman accounts for the real-life contract killer’s lengthy career while hiding the violent intentions in his gene from the family he created himself. Over time, we see a man work tireless to maintain a sense of tenderness while keeping a vicious rage at bay in a brutish physical presence.

Richard Kuklinksi (Michael Shannon) has charmed his future wife Deborah (Winona Ryder) but that might be as emotional as he gets. Richard dubs pornographic films, but when Roy Demeo (Ray Liotta) sees the potential in Richard’s cold demeanor and reassigns him as a contract killer. Richard becomes the go-to guy when Demeo, or any Mafia boss for that matter, needs to eliminate the competition or any one out of line. He later teams up with another contract killer, Robert Pronge (Chris Evans), who uses his ice cream truck as a front to assist in the disappearance Richard’s victims.

Richard has a towering physical appearance and personality that fits in well with the mafia. He speaks only when spoken to, perfect for organizations with unscrupulous intentions. He seems to love only his family, everyone else is just an object that is either in his way, his employer, or a target. His loyalty is only to his family, but he does have a limit in his vocation: he does not kill women or children.

The Iceman never lingers on any particular death longer than it needs to since it is less about the victims, than it is about Richard’s balance between his two families, one legitimate and another criminal. One brief montage shows as a barrage of men killed by Richard in any which way possible, with close-ups of the victim’s suffering and Richard’s deadpan emotion.

Meanwhile, his wife Deborah thinks her husband has a respectful job as a currency trader, a promotion he obtained after years dubbing “cartoons.” Richard maintains this perception as he is always on the phone discussing real estate deals and money. It is a clever way to uphold his lies because he dreams of owning real estate for a more reliable and respectable source of income, one where he can visibly include his family.

It is difficult for a man as tall and physically domineering as Richard to maintain a low-profile, but his facial hair and fashion tends to evolve with the times, even if those trends are laughable in retrospect. Along with Richard’s physical appearance, his ethnicity is ridiculed by his friends and boss, but he never winces, but he just might be aware of playing the part as an emotionless goon.

The symptoms of Richard’s unremorseful occupation are presented only in passing, such as his father’s corporal punishment and his brother’s incarceration for killing a young girl. One scene has Richard visiting his brother in prison, revealing a familial genetic bond that is vicious and repulsive. Somehow, Richard has a strange belief that he is an apple fallen far from the tree because he has raised a loving family, but his hunger to acquire something more respectful makes him ruthlessly unstoppable.

The Iceman features a respectable ensemble cast of talents who are both fulfilling their typecasts and others who actively resist them. David Schwimmer uses his saddened eyes in conjunction with a creepy 1970s style porn-stache as Liotta’s lackey, constantly riding his boss’s name around town for his own personal gain. Chris Evans is virtually unrecognizable both in performance in physical appearance, donning a bushy mountain beard and raucous behavior as Richard’s late-film partner in “waste disposal.” Winona Ryder has given one of her best performances in sometime, capturing the naïveté of Richard’s wife, including the marginalization of the less-fortunate, and later exemplified by the slap in the face she gets when she realizes that there was nothing innocent about the “cartoons” her husband was dubbing.

Like Richard, Shannon’s own appearance has made him a go-to man to provoke fear. His brooding dominance is amplified by the subtlety that more is going on behind those estranged eyes that we can imagine. The Iceman continues the fascination with the underworld in cinema and television, as these stories have exposed the criminal reigns of terror that exists in a thin layer beneath our supposedly safe communities. Many films and television shows work tirelessly to expose symptoms of such criminal activity to create sympathetic perspectives not ordinarily seen by audiences. The Iceman only glosses over these motifs because when you are as cold as Richard Kuklinski, explanations of his relentless vocation is useless because he never looks back in reflection, and neither does this film.