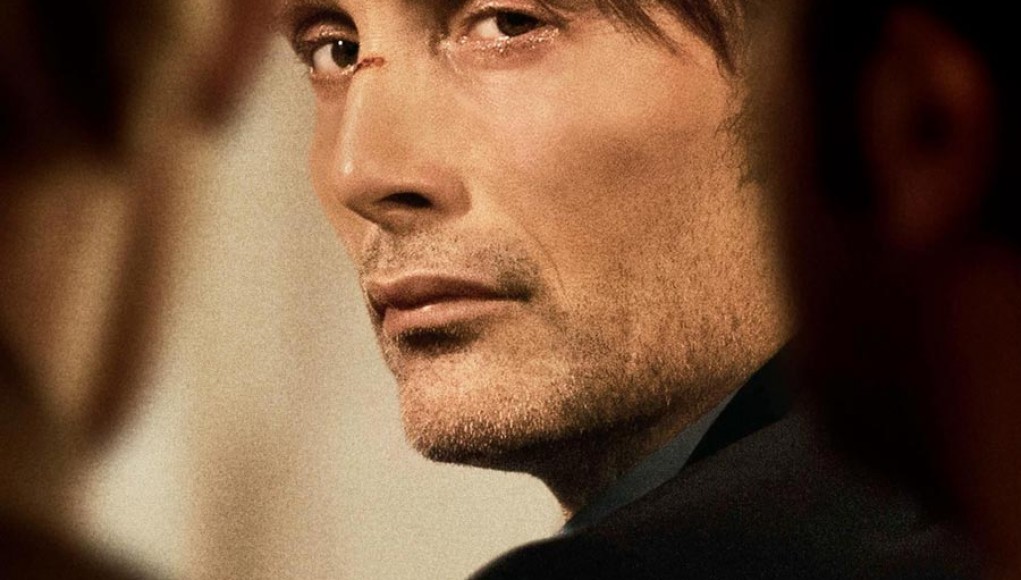 The innocence of children extends to their truthful interpretation of the world. I particularly remember times when I was a child where I would say things that were accurate but faux pas in terms of conventional manners. Moments such as these are looked at as humorous because children really do not know any better. In The Hunt, we see how a young child’s interpretation of her surroundings clashes with her and another adult’s innocence.

Lucas (Mads Mikkelsen) is a beloved friend and kindergarten teacher who is accused of inappropriate conduct by Klara (Annika Wedderkopp) the daughter of his best friend, Theo (Thomas Bo Larsen). On top of this, Lucas is in the middle of a divorce and his custody of his son Marcus (Lasse Fogelstrøm) is placed jeopardy. Lucas has been sacked by the school where he works, and without any due diligence, the entire town has painted a scarlet letter on Lucas.

Lucas’ unfortunate fall from grace begins with the camaraderie between him and a group of men in the town. They hunt together, drink together, and even take polar bear dives into the freezing lake. He is well respected amongst the town and is beloved by the children he teaches, and is a safe mentor for Klara. Prior to the accusation, Lucas and Klara have a typical relationship between a family friend and a young child, and Lucas even safely walks Klara home from school when her parents do not show up at the right time. Thus, when Lucas is accused of inappropriate conduct, it is an incredible shock to the community and Lucas’ close circle of friends.

Klara’s insistence that Lucas has performed inappropriately around her is the product of many social pressures as well as the wild imagination of a young child, which is recognized by all the parents and teachers. One of the events that would lead up to Klara’s accusation, which is really a her developing imagination leaking into reality, is when she kisses Lucas, and his rejection and condemnation is handled appropriately by a responsible adult, but this rejection is one of two catalysts for Klara’s accusation. Yet, there is a duality that exists in the film: there is the widespread understanding between parents and the teachers that Klara has a wild imagination and a small case of OCD (she refuses to step on lines or cracks on floors) which is contrasted with the idea that children do not lie. This duality creates a confusion for all parties involved, and complicates things further.

Although the situation has created a thrilling amount of dramatic irony, Lucas never specifically says that he did not commit such an atrocious act. He never says “No, I did not do it.” Instead, he is thrown back and insulted that so many would question his commitment to children and the community without a proper investigation.

The Hunt is appropriately dark in nature, capturing the Danish winter and the ruthless physical and psychological torment of Lucas. Director Thomas Vinterberg has Mikkelson retaining a dead-pan stare into nothing, allowing us to the see the hurt in his eyes. The rest of the community seems to have fire in their eyes, blinded by false gossip that is ironically led by children rather than the adults. The film is a chilling reminder of the shocks that happen in small towns, how one seemingly innocent person can become a shamed target and held there without mercy.