Home Movie Reviews The Hobbit: The Desolation of Smaug 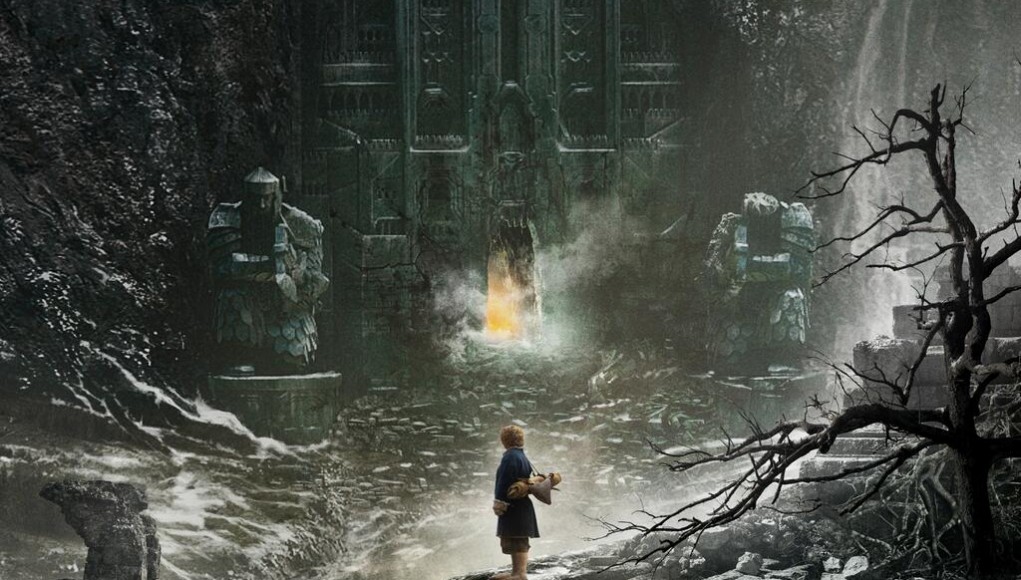 Where An Unexpected Journey was long and disappointing, The Hobbit: The Desolation of Smaug will reunite the adventure seekers with a relentless spat of scenes taken right out of the original novel. Returning from where the heroes left off, they pick themselves up by their bootstraps and find a little courage to trek on.

One year prior to Bilbo and the dwarves beginning their journey, Thorin (Richard Armitage) is visited by Gandalf (Sir Ian McKellen) to convince Thorin to take back the Lonely Mountain and become king. In the present, the group continues to outrun the Orcs as they find themselves barely escaping a series of scenarios on their way to the Lonely Mountain. Meanwhile, Gandalf departs the group yet again for his own set of side adventures, while Legolas (Orlando Bloom) and Tauriel (Evangeline Lilly) follow behind the group.

An Unexpected Journey was rather trying, using moments enshrined deep within the Tolkien appendices and ancillary works to create a compressive understanding of all the events within The Hobbit. For The Desolation of Smaug, there are fewer moments from these supplemental materials and more events taken from the original novel. Since many of these developments are action-based, the film moves along at a much faster pace than its predecessor, and is far more satisfying.

Because the film moves quickly between new settings and rising stakes, we see many innovative fighting sequences that are never excessive. Yet, even the most catastrophic blows and hits to orcs shed no blood, reducing the effectiveness of these battles, obviously to placate the American censors. The film isn’t merely focused on bloodless violence, there are several comedic moments, often times interweaved with the action sequences, particularly as the group travels down a river escaping both the Elves and Orcs. Director Peter Jackson certainly doesn’t take himself too seriously, making a brief cameo biting into a carrot as he exits a home, and an astute spectator will spot a brief but unmistakable cameo from Stephen Colbert smoking a pipe in Lake-town.

The Desolation of Smaug still suffers from its inherent 48 frames rate and 3D capture, even in its 2D projection. Movement appears out of touch with reality, and wide shots feature planes of depth that are unnerving, and borderline nauseating. Beyond these projection issues, this film continues the tradition begun in LOTR with some captivating CGI, specifically with Smaug himself. This dragon is depicted in all its glory, peacocking itself both physically and verbally to Bilbo after a long nap. He seeks to retain the wealth acquired in the mountain and keep the nearby Lake-town residents in constant fear of another attack.

We should not forget that The Hobbit was originally published as World War II was beginning and LOTR roughly ten years after the end of the war. What makes The Hobbit and The Lord of the Rings films so impeccable is that they include so much material from other sources; truly capturing how expansive and devastating world wars can be. When all the dust has settled people are displaced, legacies are ended, fortunes change hands, greed rises, and seemingly heartfelt acts are few and far between.

Despite the dwarfs’ cocksure attitude about battle and Bilbo’s initial reluctance towards new adventures, somehow these tiny beings find themselves far from their journey’s origins and trucking on with determination that their land and people will return to what they believe is rightfully theirs by prophecy. The Desolation of Smaug is a surprising turn-around from the ho-hum introduction of An Unexpected Journey, and the unlike this time last year, the capstone for The Hobbit trilogy looks to be strong.