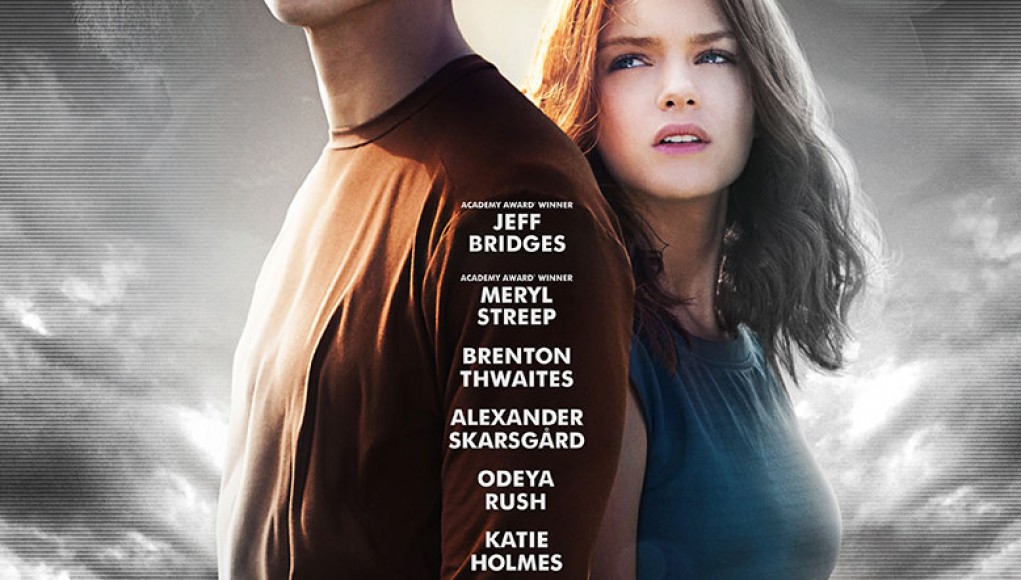 For many middle-schoolers, The Giver was the first opportunity for readers to get a taste of Plato’s Allegory of the Cave and a bad taste for the ills of orthodoxy. The novel portrayed the travails of communist rhetoric about fairness and conformity with just a touch of magical realism. Fueled by the recent young adult film adaptations like Divergent, https://cinemafunk.com/movie-reviews/the-hunger-games”>The Hunger Games, and even Harry Potter, the adaptation of The Giver falls into its own trap of “sameness”.

A community in the distant future is devoid of all suffering, money, color, and even sexuality in order to reduce unfairness and pain. All those needs are taken care of in a sustainable culture of conformity, where everyone has a place in a culture of “sameness”. Jonas (Brenton Thwaites) and his life-long friends Fiona (Odeya Rush) and Asher (Cameron Monaghan) are now old enough to be given their terminal occupation during the Ceremony of Growth. Fiona has been assigned to the Nurturing Center, where she’ll take care of infants. Asher will become a drone pilot where his eyes will scan the community and its surroundings. Jonas, however, who’s recently been having moments of clarity such as Fiona’s red hair piercing through the soulless black and white of the community, has been assigned the role of the Receiver of Memories.

Despite the community’s conformity, someone must bear the weight of the world’s suffering, and that is the Receiver of Memories. Jonas reports directly to The Giver (Jeff Bridges), and with just a touch of his hands, transfers the memories of love, pain, war, and milestones directly to Jonas. Knowledge is power, and even Jonas begins to recognize that new things have come to light.

Rather than compare the minute details between novel and film or the blatantly obvious themes, the real issue of The Giver lies in the adaptation’s failure to truly depict the tangible motif of the novel: the failures of utopian societies. This failure falls upon the fact that the film looks and acts just like all the other dystopian young adult film adaptations of late. It’s an ironic destiny for a book that was clearly about anti-conformity, despite its own tendency to borrow liberally from other utopian and dystopian novels.

Strangely, Robert B. Weide, who has penned dozens of episodes of Curb Your Enthusiasm and documentaries about comedians, is credited with writing the script. It’s an odd combination as Weide’s oeuvre has focused on depicting the lives of America’s most iconic comedians such as W.C. Fields, Lenny Bruce, and more recently, Woody Allen. With the increasingly complicated Writer’s Guild rules and regulations, it wouldn’t be a surprise if Weide’s adaptation, who’s worked alongside Kurt Vonnegut, was swept under the rug by subsequent revisions from uncredited ghost writers. What’s more, Jeff Bridges originally optioned the script and let go of his command of the film after years of getting the film off the ground.

That is why The Giver, which had the toolset for something grand, fell into its own sameness. Rather than reach for something classical and biting like François Truffaut’s appropriate film adaption of Fahrenheit 451, director Phillip Noyce seemingly phoned it in.

The disappointments of The Giver solely tumble upon the idea that the theme of the film is combating conformity and repressing natural human emotions and bodily functions. Yet, the film looks and feels just like The Hunger Games, Divergent, and Twilight, with its futuristic settings, unfairly handsome performers, and sleek effects. https://cinemafunk.com/film-blog/lionsgate-entertainment-the-new-major”>Lionsgate’s metoric rise to become a Major motion picture studio was partially due to the acquisition of the films mentioned above. The iconic Weinstein Brothers watched the once mini-Lionsgate surge past them, and want in on the franchise game; however The Giver will not be the tipping point for The Weinstein Company, but ironically it will merely be an opportunity to ride on someone else’s coattails.