Home Movie Reviews The Girl with the Dragon Tattoo 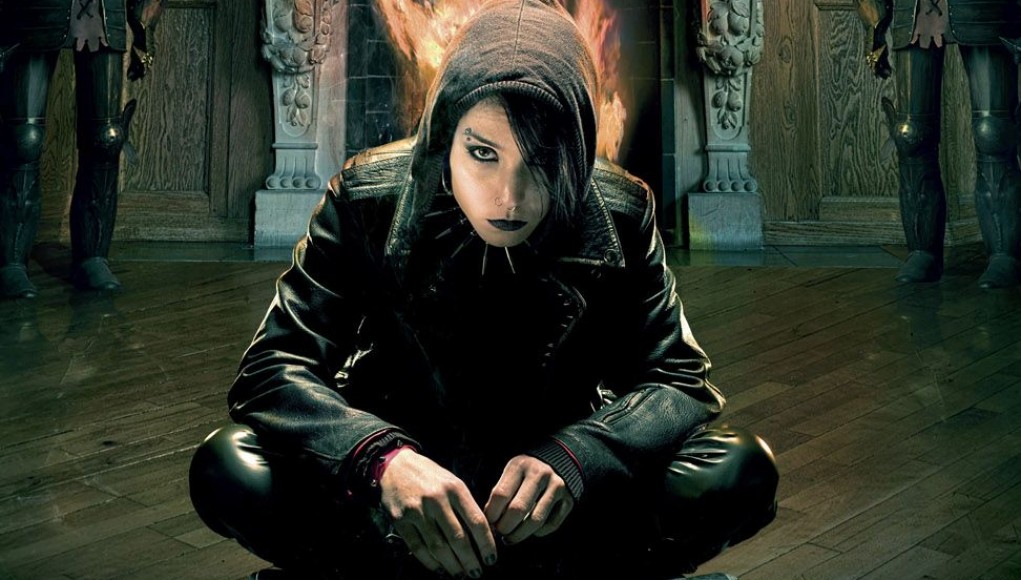 This Thriller/Mystery is well-produced and graphic. The Girl With the Dragon Tattoo has a strong feminist statement that is efficiently told in a mystery thriller. Without hammering the statement into you, this film offers a creepy aura thanks to expressionistic scenery and strong sexual imagery. The strong and vulnerable protagonists are unusually easy to cheer for.

The Girl with The Dragon Tattoo begins with the sentencing of Mikael Blomkvist (Michael Nyqvist) who has lost a libel case against Hans-Erik Wennerström (Stefan Sauk). Just before beginning his 3-month sentence, he is hired by Henrik Vanger (Sven-Bertil Taube) who is a former executive of Vanger, which is owned by a wealthy dynasty of individual Vanger family members. It is Henrik’s theory that someone on the Vanger island killed his great-niece, Harriet. Henrik also acknowledges that Mikael was once babysat by Harriet whom he is trying to procure justice.

Blomkvist was unknowingly hacked by Lisbeth Salander (Noomi Rapace), a mid-twenty disenchanted youth with a criminal background. Upon providing a security company with information about Blomkvist, Lisbeth continues to follow his every move through his actions on his computer. Little by little, she catches on to his actions and begins to help Blomkvist assemble tips and leads as she continues to hack his computer.

Mikael tracks down Lisbeth to coerce her into teaming up with him on the case. Their friendship evolves to being lovers and the two continue to close in on revealing a much larger pattern of violence against women that surrounds Harriet’s case.

The Girl With the Dragon Tattoo is a satisfying mystery thriller that hints at noir-like tendencies while taking the time to give us creepier moments that support the mysterious aura within this plot. Strong subplots, particularly Lisbeth’s sexual abuse from her parole officer and her father’s abuse of her Lisbeth’s mother, provide supportive character development. In her past she has been a victim of abuse from her father and her parole officers, yet each time has returned the favor. The justice that she has achieved against her abusers is the same vindictive strength that she uses to assist Blomkvist in his pursuit of finding Harriet’s killer.

The denouement after the thrilling climax is rather lengthy, which is somewhat understandable considering all the events that occur. While justice has been served, the lost are found, and Blomkvist is vindicated; these events extend the post-climax to droll length. This is an obvious disadvantage of the adaptation of novels to screenplays.

While the film’s plot is centered upon Blomkvist, Lisbeth’s story is far more compelling and more interesting to follow. Her past criminal record is revealed upon the moment she sets her father on fire for abusing her mother. This abuse carries with her and is expanded when she is abused by her parole officer, whom she later seeks justice in a violent and gruesome scene. The moment Blomkvist introduces himself to Lisbeth, Lisbeth has a female lover in bed. Later in the film, Blomkvist and Lisbeth begin a sexual affair.

This sexual transformation for Lisbeth is made clear upon her dialogue to Mikael after they find the killer. Her statement paraphrased: “you choose who you are”. Despite all of Lisbeth’s past abuse, she knows that she cannot succumb the anger and frustration, and in turn, she has no sympathy for the killer whose life she could have saved when his truck crashes off the road.

While Lisbeth’s background is both interesting and pivotal to the film’s development, Blomkist’s background is lacking and minimally revealed through dialogue. The Girl With the Dragon Tattoo apart from the denouement, never drags and features a fresh mystery with a very satisfying ending. I will be patiently awaiting the other films in the Millennium Trilogy. This film has limited release around the US. If there is a theater near you playing it, I recommend seeing it in theaters.