Home Movie Reviews The Girl with the Dragon Tattoo (2011) 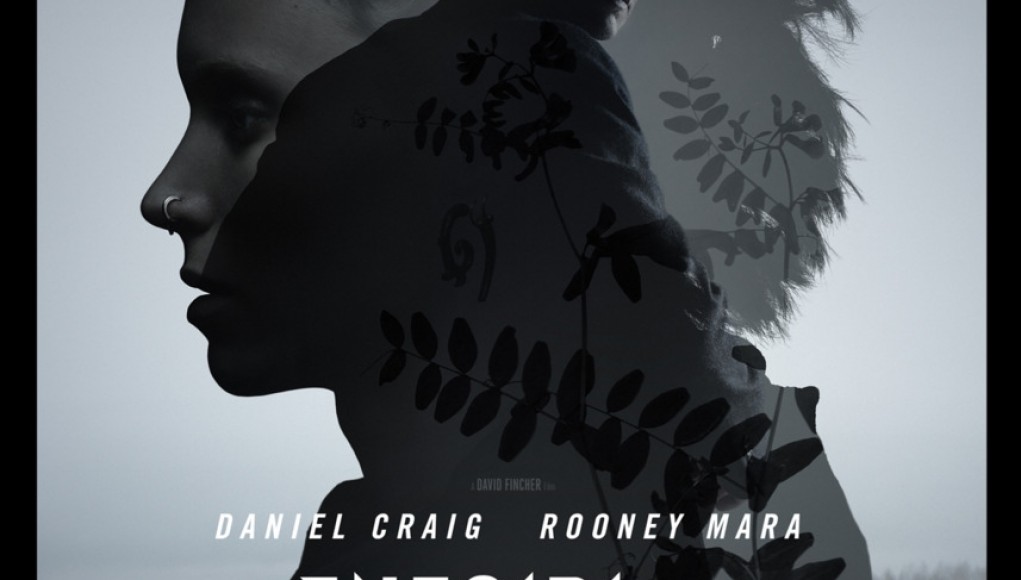 The Swedish The Girl with the Dragon Tattoo turned the world’s attention toward Stieg Larsson’s Millennium Trilogy in both literature and cinematic forms. The trilogy had three commercial and critical hits and of course Hollywood had to have its hand in the honey pot too. What is typically a role made for bottom feeders, David Fincher picks up the franchise and makes it all his own. This 2011 American remake of the 2009 Swedish adaptation adds more psychological texture than before.

The Girl with the Dragon Tattoo has a steady pace that accomplishes what it has set out to do; take the galvanizing debut quest of Lisbeth and Mikael to Hollywood’s door. Gimmicks and tricks are non-existent and the mise-en-scene is deliberate and sincere. For a spectator who has not seen the 2009 version or read the novels this film is an excellent thriller that holds its own as a singular story or as a debut of a international franchise.

Despite Lisbeth’s butch nature, she is still not without her instinctual reliance on males who have unconditionally cared for her and have replaced the father she attempted to kill. Twice Lisbeth arrives to a home and announces her presence to those she expects to be home with a quick and gentle “Hey Hey.” It is unusual for her background and demeanor; it shows a more conventional portrayal of femininity, but it also shows her temperate core. First, she does this with her uncle and later when she arrives back at the Vander cabin attempting to reach Mikael. Each time this happens something terrible has happened to the father figure that she is residing with. It is Freudian penis envy that leaves Lisbeth unsatisfied and disappointed each time, but the second time signals to Lisbeth that something is wrong with Mikael absence.

David Fincher teams up with many of the cast and crew that took The Social Network to incredible heights. The gorgeous Rooney Mara, who played the love interest in The Social Network, is uglied up and given the starring role of Lisbeth, the independent and scarred Gothic twenty-something. Jeff Cronenweth returns as the cinematographer and uses the dark, dreary atmosphere that made Fight Club and The Social Network so aesthetically disparate. Both Trent Reznor and Atticus Ross again supply the soundtrack and score with aplomb.

Fincher again provides an expressionist music video for the opening credits of the film set to Led Zeppelin’s “Immigrant Song”. This opening sequence, which matches many of Fincher’s previous feature film efforts, also returns the director to his days as a music video director. The sequence provides a montage of imagery that relates to Lisbeth’s past and how it affects her demeanor in the present. It is a fitting opening sequence, particularly since the opening film credits have mostly been kicked to the curb for many films, especially the epics where time is already stretched thin.

There is of course the obligatory comparison between this 2011 release and the 2009 Swedish version. The biggest contrast is the trading of insinuated violence for stronger psychological implications. The original version had a particular scene that physically affected me. Its violence was realistic but effective. Fincher kept the graphic sexual violence weak compared to the Swedish version. Instead, Fincher used more psychologically and emotionally affecting moments throughout the whole film to build our sympathy towards Lisbeth and Blomkvist. In all, David Fincher’s The Girl with the Dragon Tattoo is a more well-rounded film than the original. It is much more richly layered with psychological and sociological issues that were always present with the 2009 Swedish version, but not as capable. To be fair, we must also add that the 2009 version was produced with a paltry television budget and Fincher was provided with near carte blanche.

The Girl with the Dragon Tattoo has been one of the most well-produced thrillers and films of the year, but there is nothing that truly stands out in the film that sets it ahead of others. The rise in fame of the Millennium Trilogy has flooded the Western conscience, and the spectator who has not read the novels or seen the original Swedish adaptations may be at the advantage. Fincher has taken a little from Zodiac and a little from The Social Network to bring Lisbeth and Mikael back to screens to create an effective thriller that accentuates the themes rather than dumb them down for American audiences.