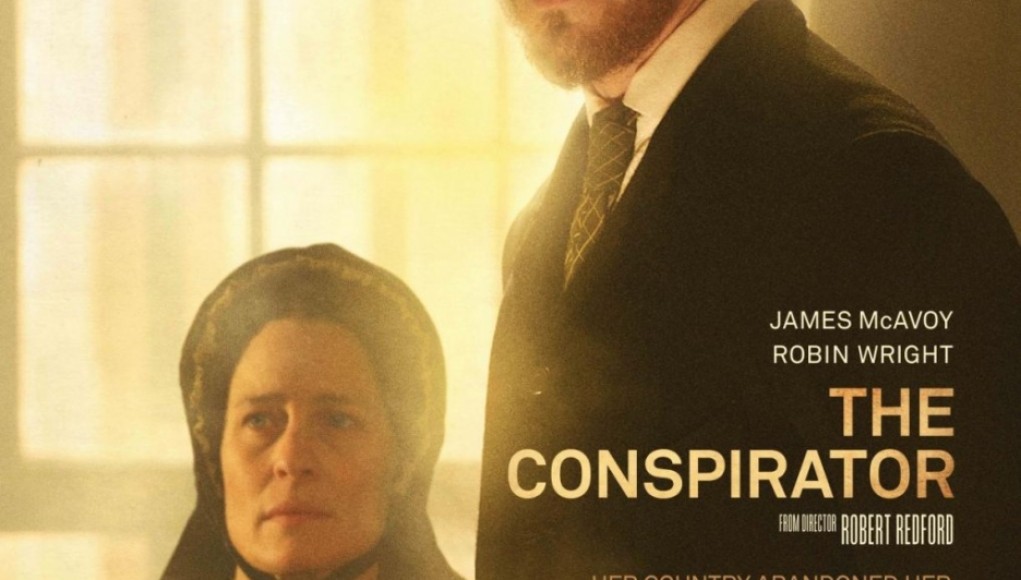 The Conspirator, much like the previous night’s film at the 2010 Savannah Film Festival, Fair Game, reveals the struggle the legal system and civilians may go through after the impact of major national tragedies. As the surprise film for the festival, The Conspirator was filmed in and around Savannah, GA, making the screening a special moment for Savannah residents.

Beginning with a reenactment of Lincoln’s assassination, additional suspects involved in the conspiracy of Lincoln’s death have been round up, and placed on trial. The only female charged, Mary Surratt (Robin Wright) has been provided with a rookie lawyer Frederick Aiken (James McAvoy), who despite fighting for the Union, has chosen to fight for Surratt’s freedom, with an understanding she may be innocent.

The emotional impacts of Abraham Lincoln’s assassination, John F. Kennedy’s assassination, Pearl Harbor and September 11th all split the nation into mourning and feelings of necessary revenge. But our nation is a nation whose foundation is just trials. We often fail to meet that obligation when placing suspects on trial, especially when emotions are high.

While The Conspirator offers an allegory for today’s witch hunts, the film itself fails to reach higher meanings through cinematography and subtext. The only actor who provided emotional impact through subtext was Stephen Root (known as the beloved Milton from Office Space) whose facial features revealed more than his lines. Beyond that, the film is relatively straight-forward.

The film does offer a barrage of talented actors and actresses, many of whom are from a younger generation working directly with the giants. Justin Long and James McAvoy have stepped out of their typecasts to mature beyond their previous roles. Veterans such as Danny Huston, Tom Wilkinson, Kevin Kline, and of course Robin Wright all provide adequate jobs, but nothing that truly went beyond script.

The film had some issues with cinematography and placement. Early in the film, there is a newspaper montage that was so crystal clear; it was unreal, and felt unwelcomed for the film’s physical style already portrayed in the inciting incident. Other scenes featured a softer lens which blew out many of the white colors and never appropriately added to the scene.

The production design was excellent particularly in turning the dichotomy of Savannah into nineteenth century Washington, DC. The costumes, from what I understand, had accuracy for the time. However, the interiors never seemed to match the time and had a more modern aspect that takes you out of the film.

It is not often we are provided with a courtroom drama set in time periods before the twentieth century. Often times it is done so to experiment with the medium (La Passion de Jeanne d’Arc). Beyond drawing (much needed) parallels to current times and revealing a lesser-known story about our nation, The Conspirator does not provide a more interesting cinematic experience. Director Robert Redford has essentially just told the story and never went beyond that, but for some spectators, that might be enough.