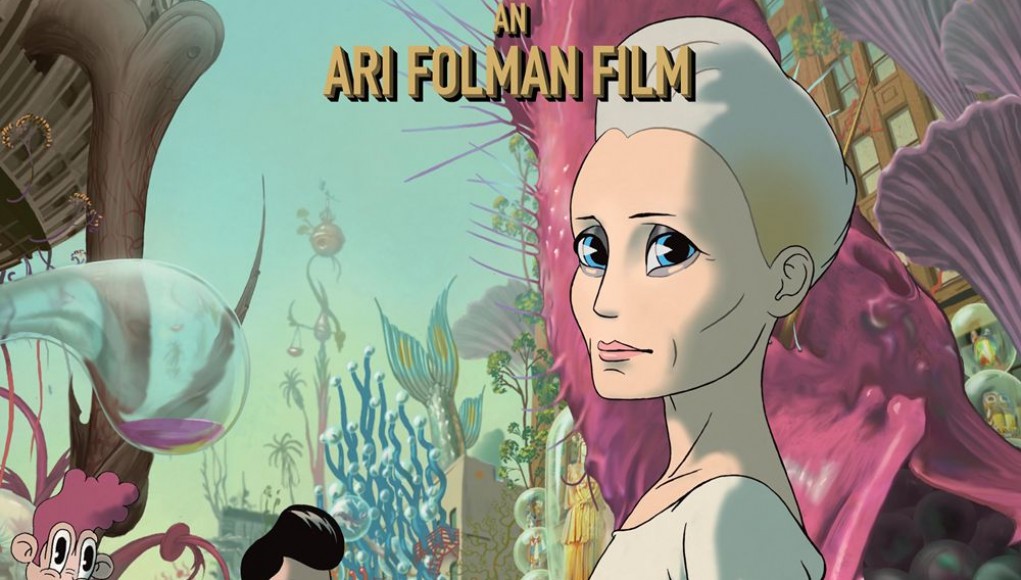 Equally clever and weird, The Congress examines the century-old fight for artistic autonomy by exploring the consumption of the celebrity through a contrarian message of hope in the film industry. Using both live-action footage and a plethora of animation styles, The Congress is bound to make an impact while joining the growing list of Hollywood satires.

The fictional Robin Wright (herself) has had a contentious history with film studios and filmmakers, giving her a sour reputation with studios outside of Forrest Gump and The Princess Bride. Her son is slowly going blind and deaf and her financial solvency is under threat as she is unable to land new roles. Her agent (Harvey Keitel) introduces her to the idea that she could sell her likeness digitally to Miramount Studios for them to use however they wish—although with some restrictions—with the promise never to act ever again. With some hesitation, she agrees and is scanned into Miramount’s system. Some twenty years later, while under a hallucinatory state, she attends the Futurological Congress, a Miramount convention that introduces the next step in their digital evolution: celebrity avatars.

Loosely based off a novel of the same name by Stanis?aw Lem, The Congress is the perfect postmodern opportunity to point out the inanity of the modern Hollywood star system, the role of CGI, and the depreciation of female actresses. The film is the The Player of this generation if it were written by Charlie Kaufman. The film’s pace is neither breathtaking nor sluggish, but there is never an occasion to really feel comfortable at any moment, after all, everything we knew about filmmaking and our favorite stars has been flipped upside down.

Miramount’s new scanning system exists as an entirely new department in film studios, just as sound did in the mid-to-late-1920s. Once scanned into the system, an actor’s likeness becomes solely the property of the studio, and is puppeteered through films in which they typically would never agree to appear. Worse, they are animated to offer the most positive publicity tours an actor could give.

While The Congress is clearly focused on satirizing the American film industry, the second half of the film gets weird, really weird. The film segues into a variety of animation styles once Robin attends the Futurological Congress. The animation is key in depicting Robin’s fears as they are laid bare before her. It is at this congress where the consequences of choosing a buyout.

The auteur theory is an incredibly accessible and loose concept that nascent film students can pick up with relative ease. When the autonomy of performers, writers, and producers becomes theorized, the equation becomes larger, which is what The Congress conveys. Through endless negotiations of legalese, studios are able to ball-and-chain actors as they wish. It’s a clear return to the Hollywood Star System of exclusive contracts where performers are borrowed, loaned, and pushed around. This consumption of the celebrity concept is similar to the Brandon Cronenberg film Antiviral, where fans can enjoy the same colds, flus, and viruses of their beloved celebrities, even eat artificially engineered meat derived from the performer’s genes.

Gloriously weird, sharp, and incredibly accurate, The Congress should be celebrated for its clever portrayal of many of Hollywood’s foibles. But perhaps the film may also be swimming around is a critical portrayal of Scientology, or even Hollywood as a cult. When an animated Tom Cruise appears in the film, he too has submitted his likeness to Miramount, and becomes the studio executive dream: a good-looking subservient actor. With the recent http://en.wikipedia.org/wiki/2014_celebrity_photo_leaks” target=”_blank”>The Fappening leak where dozens of celebrities’ personally taken nude photos were leaked, this concept of studios regaining power over the star to prevent a public relations nightmares is more clearer than ever.