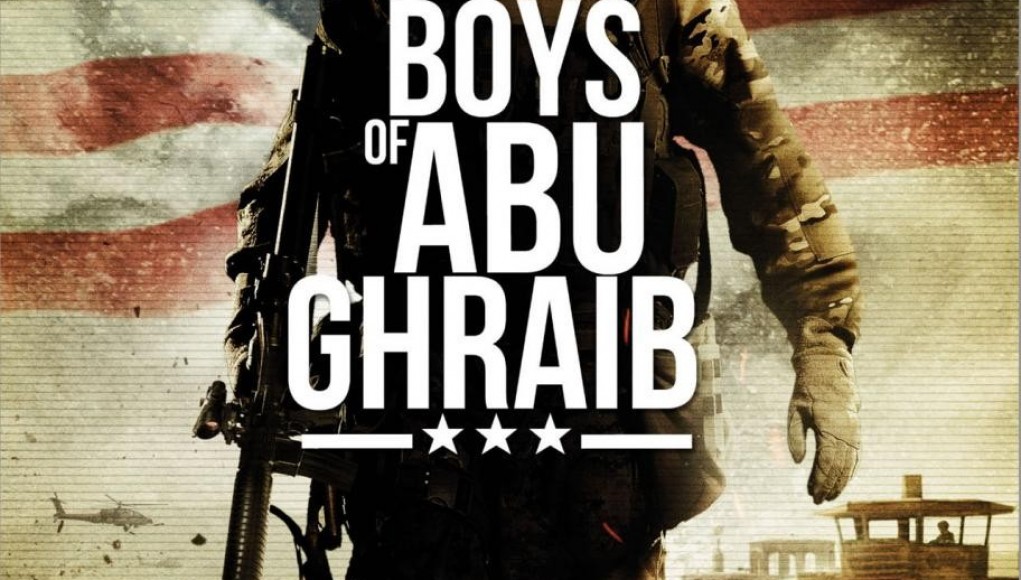 It is rather surprising to see who truly breaks from the torture first in The Boys of Abu Ghraib, a film based on the events leading up to the breaking of the 2005 Abu Ghraib prison scandal, as well as the broader national topic of advanced interrogation techniques. Written, directed, and staring Luke Moran, a relatively unknown actor, the film is surprising well done. The Boys of Abu Ghraib bears an intellectual side as it portrays the context of these soldiers’ abuses without forgiving them.

On July 4th, 2003, the family of Jack Farmer (Luke Moran) is throwing a sendoff because he’ll be headed to Iraq as a Marine, specifically the Abu Ghraib prison. When Jack arrives, he and the other Marines are blindsided by the poor conditions—for the soldiers. Water is scarce, porta potties are the only restrooms, and electricity is unreliable. To make matters worse, the US-controlled prison still receives mortar attacks from rebels. Initially placed on vehicle maintenance duty, Jack is soon bored and requests for a change of scenery. He’s then sent to a new shift to monitor the Hard Site, where some of the most dangerous Iraqi detainees are being held.

Jack becomes friendly with one of the detainees while on duty, the only one that speaks English. Their relationship blossoms as the detainee recognizes the inherent humility of Jack, a stark contrast to the other soldiers and MPs who are excessively aggressive and bark orders without any respect. Jack becomes concerned, but used to his new friend and other Iraqi detainees are plucked from their cells for interrogation, only to be brought back physically shocked beyond expression.

Like most testosterone-fueled Military films, everything is apple pie before Jack arrives in Iraq. Jack’s girlfriend is beautiful, his family is supportive, and cock rock music is laughably blasted everywhere.  Even a fiery, motivational speech by the Commanding Officer during orientation feels like a cliché joke;  because it is. The inspiration disappears quickly once Jack and his contemporaries see the dank, threadbare quarters. Dissent grows steadily as their tours are extended beyond a year, leaves are canceled, R&R is more boring than being on duty, and the food is nothing short of slop.

Kubrick has twice tackled the military complex in Paths of Glory and Full Metal Jacket to portray the concept that young men are crafted into Natural Born Killers. What happens when these natural born killers are turned loose to a place where there is nothing to kill? Jarhead also portrayed this same concept with the added boredom of soldiers during the first Iraqi invasion. The Stanford Prison experiment and the Milgrim experiment—although flawed–presented findings that when a person is given a sense of power over another being, they will abuse their powers. With the anxieties perpetuated by 9/11, the uncertainty of returning home, and the growing dissent and angst among soldiers, some of which are barely out of high school, the film truly exposes the context of the solder’s abusive ways without sympathizing with them.

The Boys of Abu Ghraib veers away from the most obvious topic: the 2004 scandal. Instead the film questions the environmental impact and internal propaganda that provoked these soldiers to humiliate and torture the prisoners. It was not just the Iraqi detainees who were the only prisoners at Abu Ghraib, the soldiers were also placed under disparaging conditions. Their hope of finally going home became a dream that faded quickly as time went on. Unspent energy coupled with the bubbling dissent of losing the freedom the soldiers thought they were fighting for created an unexpected explosion of aggression. Mixed with the Bush Administration’s newly minted policy of advanced interrogation techniques, Abu Ghraib became a breeding ground for unchecked aggression and a thin, grey area of torture.

Mentioned earlier, The Boys of Abu Ghraib is the first feature film by writer-director Nick Moran, who also stars. Considering the directorial debut, the film is an impressive first go around that places the catalysts to the inevitable scandal in the forefront, rather than the scandal itself. It’s truly a mature decision to portray the symptoms rather than the scandal itself, and Moran has captured the context which drove these soldiers to treat detainees horrendously without placing blame on any singular person or sphere of influence. Instead, the whole equation is presented as survey to the why these events occurred in the first place.