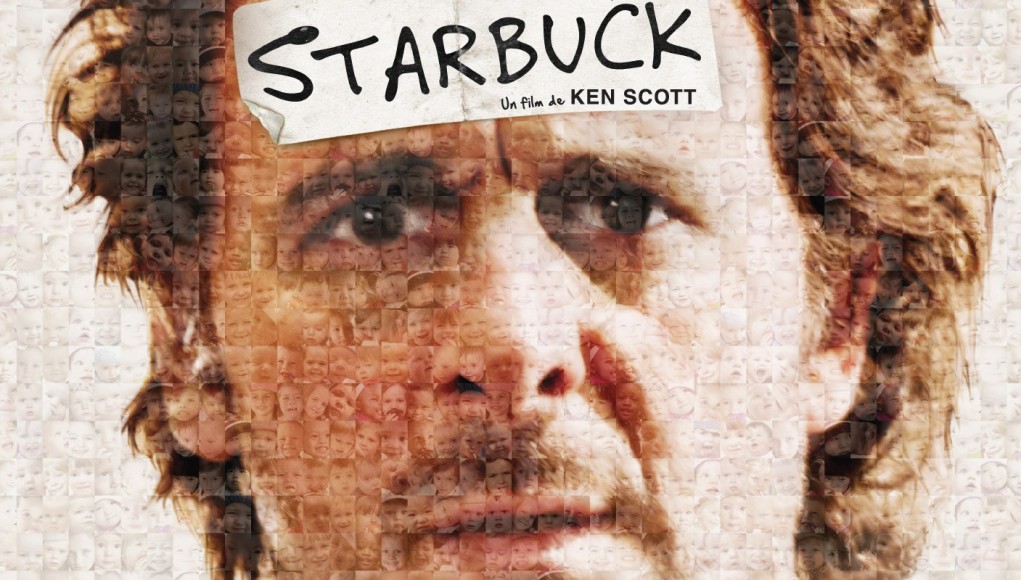 Films such as Knocked Up, Made in America, or The Change-Up have explored the role of unexpected fatherhood, but Starbuck considers the consequences of becoming a father many times over and the right to privacy. With a wildly appropriate title, Starbuck, denotes the incredible amount of offspring as if there was one on each corner, like a multi-national coffee shop brand.

David Wozniak (Patrick Huard) is a bubbling meat delivery man for his family’s butcher shop, and is infamous in his family for mistakes and other absent-minded doings. Years before, he made over 600 visits to a sperm bank, where his output became a wildly popular specimen at the bank under the name ‘Starbuck’. Now that he is approaching his forties, David is in heavy debt with unscrupulous men, still far from his family’s good graces, and is now an actual father-to-be as his ex-girlfriend is now pregnant. Lastly, he becomes the target in a class-action lawsuit for hundreds of children looking to find out the identity of their father, Mr. Starbuck.

Out of the 600 plus “deposits,” David’s output has yielded 533 children, and 142 of them have chosen to fight for the right to learn of the identity of Starbuck. Yet, these children really want one thing, a father. They are not looking for pocket money nor have exploitative intents; they simply want to share their lives with their father. Even David is well aware that he is that last person to helm such a role. Against his attorney’s suggestions, David begins to meet these children, now mostly in their twenties, but retains his anonymity while offering wisdom and support that fathers tend to offer anyway.

Essentially, David becomes a guardian angel for many of the children who did not ask for such a thing, they want a father. Maybe the anonymous help given to men and women who are in ruts in their lives was the love and affection that they had wanted all along, but they are receiving it a different form. Perhaps the film is really alluding to fatherhood is a state of being rather than a biological and genetic tie to another human being?

Starbuck is indeed a comedic film with a fair share of moments worthy of cackles and outbursts. It is a feel-good movie where David begins to accept responsibility for consequences he never knew would arise. He has inadvertently created a Jeffersonian legacy, where these children he has never met have banded together to share their experience and put immense legal pressure on David and his unlicensed, shyster lawyer and best friend (Antoine Bertrand).

Although Starbuck is rather comedic in nature, the identity of sperm donors is a relevant issue that provokes questions of the role a donor has on their offspring. Despite the privacy that is dutifully agreed upon between the donor and the sperm bank, is a donor responsible for child support, health issues, defects, and other complex issues that unexpectedly arise? Would these issues scare off potential donors who could help create a family who are missing that one important ingredient? It is a tough issue, but Starbuck maintains the course of keeping the film a satisfyingly fun and enjoyable comedy.

As with any easily translatable story, this French Canadian film will have an American remake, complete with a comparable funny guy (Vince Vaughn), a marketable producer (Steven Spielberg), but will retain the original’s writer and director Ken Scott, and is currently set for an October 2013 release. In the meantime, Starbuck makes fun of something that is already rather humorous, but places a face on the many men, either from pure laziness or stuck in financial problems, who found a place to unload and earn some cash.