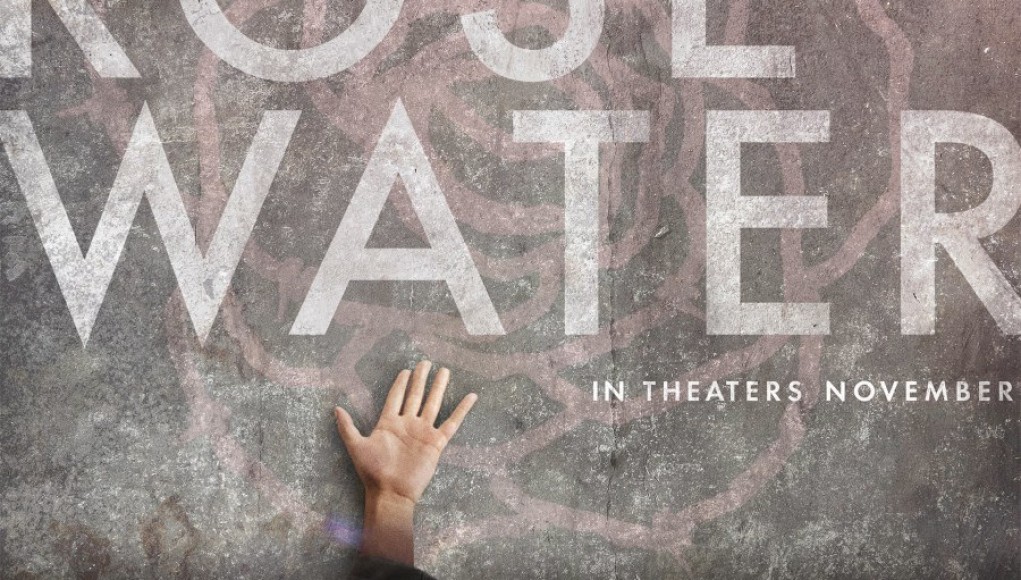 No one ever expected a segment from The Daily Show to be used as evidence to detain anyone, anywhere. The satirical news show often poked fun of serious news events or the media’s inflation of said events to solely increase viewership or drum up political bias. In Rosewater, Jon Stewart depicts Maziar Bahari’s plight as he is detained for almost four months during the Green Revolution, as adapted from Bahari’s own memoir Then They Came for Me.

Iranian-born Maziar Bahari (Gael Garcia Bernal) arrives in his home country to cover the hotly contested Iranian presidential election for Newsweek. During his stay, he agrees to appear on a segment for The Daily Show with Jason Jones to discuss similarities between Iranians and Americans. Despite the pro-Mir-Hossein Mousavi sentiments in Iran, Mahmoud Ahmadinejad wins by a landslide. Bahari films many of the protests with his video camera, including chilling fatal encounters. After Bahari’s footage reaches the Western world and the comedic segment airs on The Daily Show, Bahari is arrested by the Ahmadinejad regime citing the protest footage and The Daily Show segment as evidence of espionage.

Bahari’s imprisonment is a tradition in his family. His father was arrested in 1959 for being a communist, and his sister in the early 1980s. Now, Bahari has been imprisoned indefinitely, while his pregnant wife Paola (Claire Foy) worries in London.

Satire leads to irony as The Daily Show’s interest in delivering important news with a side of sass. The show’s “senior” correspondents had a knack for delivering the point of the story by always being the idiot that doesn’t shut-up. So when Bahari recognizes that his interrogator has a cultural intelligence that matches The Daily Show’s correspondence, Bahari leverages the lack of culture as a way to show cooperation. Bahari channels Charlie Chaplin’s approach to embrace the other to overcome oppression. This comedic style is what has brought Stewart into millions of homes, delivering the worst of the humanity with clever zings.

The depiction of the Iran government in American film hasn’t been all that positive in recent years. Rosewater arrives almost two years after Argo, the award-winning film about the 1979 covert operation to rescue Americans stranded in Iran during the Revolution. Both films target Iran’s strict governmental practices and the façade of democracy by subverting the Iranian military’s lack of knowledge of Western culture. The irony becomes laughably obvious as the catalyst to Bahari’s imprisonment was a satirical segment meant to show stubborn Americans that Iran’s general population is not so different after all.

Weaponization is loose theme in the film. During the nascent days of the revolution, Bahari befriends a cab driver, who briefly chides Bahari for not using his video camera as a weapon during the protests. Bahari does indeed start filming, and he captures a fatal shooting of a protestor, the same footage used against Bahari. Satire itself is a weapon that sometimes backfires, as the sincere escalation makes it difficult to land safely, because not everyone will “get it.” Therefore, Bahari’s cooperation in Jason Jones’s report became a weapon now pointed at Bahari.

Director and writer Jon Stewart, arguably the most trusted man in America, took his off satirical wig to helm Rosewater, perhaps out of guilt, or even out of astonishment. The easily digestible narrative never reveals any signature style, conceivably because Stewart is learning as he goes. He’s learned well and even surrounded himself with a talented cast a crew. Gael Garcia Bernal takes up Bahari’s cool, journalistic demeanor while confident of his actions, even during the most torturous moments. Kim Bodina, or “Rosewater” as Bahari calls him because of his cologne, provides a striking performance that exudes both devastating interrogation and the humble ignorance. Yet, Howard Shore’s score tends to offer the same bland sweeping orchestral accompaniments that have been flat for years.

In the same fashion no one knew that a harmless segment on The Daily Show could become fodder for someone else’s suffering, no one knew how Stewart’s Summer 2013 sabbatical would unfold. Contributor John Oliver became the temporary host just as the Edward Snowden leaks were published, putting Oliver in a tough seat, but enjoyed critical acclaim. Oliver’s temporary position afforded him the opportunity to land his own show at HBO, where The Daily Show style would be extended and arguably improved upon the spirit of what Stewart and Stephen Colbert have been doing for over a decade. Recently, Stewart became vocal about turning down an offer to host Meet the Press after his current Daily Show contract ends. But Rosewater could be the beginnings of a viable second act of Stewart’s career.