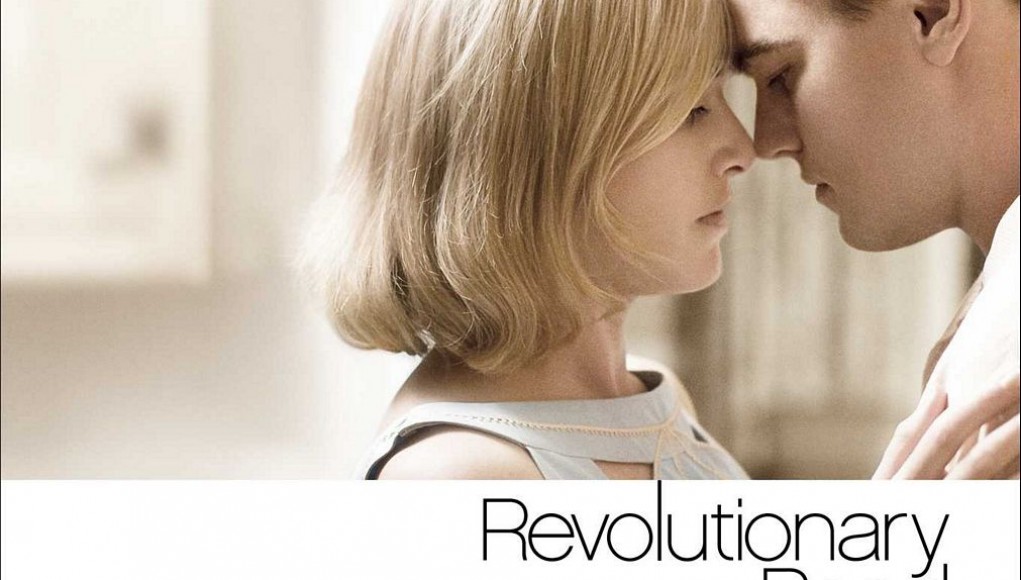 For the first time since Titantic, Leonardo DiCaprio and Kate Winslet return as what would possibly become of Jack and Rose if Jack had survived the cold waters of the Atlantic. Revolutionary Road also has director Sam Mendes return to his autueristic motif of a broken American Dream, a theme which he first mastered in his directorial debut, American Beauty and later attempts to redesign it with Away We Go. Much like American Beauty, Revolutionary Road portrays a married couple who have outgrown their love, despite their financial success.

Frank Wheeler (Leonardo DiCaprio) and April (Kate Winslet) meet in their twenties, hopeful of their future. They marry and find residence at 115 Revolutionary Road, a home fit for the perfect couple. April fails to make it into acting and Frank over achieves into a position of monotony that he is forever stuck in, worried about becoming unnoticed.

April notices their unhappiness and suggests to move to Paris, allowing Frank to find his calling while she works to support the family. The idea is lauded by friends and family, yet April and Frank continue their places until Frank is finally noticed by executives and offered a higher position. April becomes pregnant, and suggests an abortion to prevent an unnecessary anchor that would prevent her from going to Paris.

Once again, Mendes has portrayed a darker reality of suburban life. While American Beauty frames this lifestyle in a contemporary, pre-millennial context, Revolutionary Road gives us a mid-century frame where the suburban life is considered the hallmark of success. While the comparisons are obvious between the 1999 Best Picture Oscar Winner and this film, this release dives deeper into an America that is so deeply rooted in normalcy and success.

While the wake of Titanic is an obvious link between this film and its talents, DiCaprio and Winslet never allow their past work to arise from the sea. Their arguments are as vivid and shattering as the outcome of this film. We have seen such great acting with material similar to this, Who’s Afraid of Virginia Woolf comes to mind. Much like how the aforementioned film was an adaptation from the stage, Mendes treats the moments between Frank and April as if they were on a stage, a place where Mendes came to fruition.

The material of Revolutionary Road has been tackled before and the film never has a chance to escape that. Yet, it is the specifics and characters that give the film a chance to stand on its own. While DiCaprio has found a niche as a straight-laced all-American who must face the past of having a crazy-ass wife, Winslet’s roles reach far beyond any specific typecast in her career.