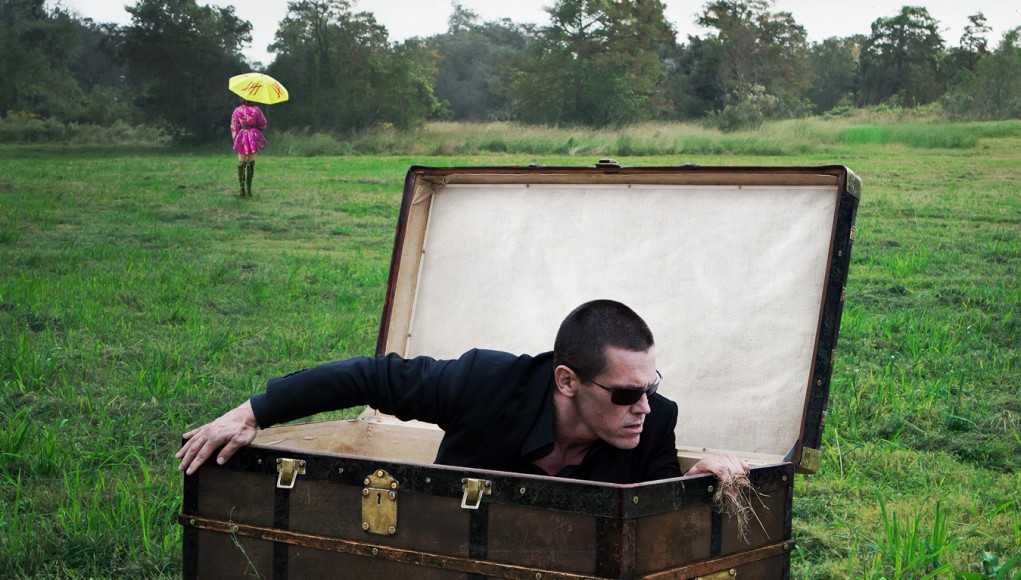 In 1993, Joe Douchett (Josh Brolin) is an advertising executive at a low scale firm. After he blows off his daughter’s 3rd birthday party to woo a new client at dinner, he then sabotages himself by hitting on his new client’s wife. Joe takes to the streets and drinks excessively, and even stops by a bar owned by his long-time friend Chucky (Michael Imperioli). When Joe wakes up the next day in a modern apartment that is locked from the outside. Food becomes delivered like clockwork, and Joe becomes increasingly nihilistic regarding his incarceration.

Joe’s only form of culture lies in a television, where a particular show accuses him of raping and killing his wife and then disappearing. The accusation causes Joe to sober up and rehabilitate himself in his cell. Finally in 2013, Joe is unexpectedly released and begins his own journey to search for the person who imprisoned him and why. This mission leads him to befriend Marie (Elizabeth Olsen), who is sympathetic towards Joe’s journey to find his daughter and claim revenge against his captors.

While the comparisons between the 2003 film and this 2013 remake are certainly poised to provoke discussion, it is how Lee artistic choices of some of the most memorable scenes from the original that will dominate said discussions. Rather than Oh Dae-su consuming a live octopus, an octopus adorns a fish tank at one of the Chinese restaurants Joe patronizes during his search for the dumplings he ate for 20 years. The side-scrolling fight scene that expands and contracts as Oh Dae-su fights several dozen henchmen in a melee is re-envisioned with more depth. Here, Joe also fights dozens of henchmen, but this time the camera takes on some sort of fusion between a Wes Anderson crane shot and the long take fight scene in Death Sentence.

Another impressive choice is how the television montage is conducted. In the original, it provides the audience with an expression of South Korea’s era of compressed modernity between 1988 and 2003. During this time, South Korea exhibited exponential capitalist growth, and witnessed the country’s first democratically elected President, although government corruption continued. This time, Joe witnesses the election of Bill Clinton, the WTC towers attacked, Bush’s “Mission Accomplished” banner, Hurricane Katrina (which Lee directed a documentary about), and last, Obama’s second inauguration.

Montages compress time and space, and deliver the results in an easily consumable fashion to the audience, working sometimes as a transition. Like South Korea, America too had  expansive economic growth during this same time period, albeit it had also increased the gap between the wealthy and poor. Political corruption, corporate expansion, and the Great Recession have contributed to a cynical American experience, making a remake of Oldboy a fitting chance to raise a mirror to American audiences.

Joe’s last name, Douchett, is an interesting surname. Knock off those ‘t’s’ at the end and you have “Douche,” which is exactly what Joe was prior to his imprisonment. He was an obnoxious alcoholic who estranged himself from his family, and disrespected the wife of a man with whom he had just closed a sizable advertising deal. He acted like a child despite his age, like an Oldboy.

Like any adaptation, or any Spike Lee film for that matter, Oldboy is rife with controversy. Lee has removed his signature “Spike Lee Joint” from the film, due to the film’s producers chopping the film from an epic 140 minutes to 104, although it still seems much longer. A creative artist who was asked to produce conceptual art for the film’s marketing campaign was snubbed compensation, even though his concepts were used in the marketing platform. Lastly, the film caught attention for a leaked script calling for generic stereotypes for non-Caucasian roles.

Oldboy is the capstone of 2013’s South Korean Invasion, where several prominent South Korean directors were directing and producing films for English-language audiences. This film exemplifies the American ideal of importing not only talented artists, but captivating stories. It just so happens that South Korea’s rise to economic prosperity and the lingering threat from the north is somewhat in parallel to America, who lapped up South Korea’s electronics and cars and continues to fight the War on Terror, although it has become quite the quagmire.

Spike Lee’s vision is just as dark and gritty as its original, but the real meat and potatoes—or octopus and dumplings here—is that Oldboy is not meant to visually or conceptually meet or surpass its 2003 original. Instead, it’s meant to express the drastic change between 1993 and 2013, as portrayed through Joe’s shock finding that yellow pages and phone booths have been replaced by pocket-sized cell phones. Joe’s inability to disconnect from his selfish tendencies of booze and money mirrors our current culture’s newly minted failure to separate from the constant binge of media.