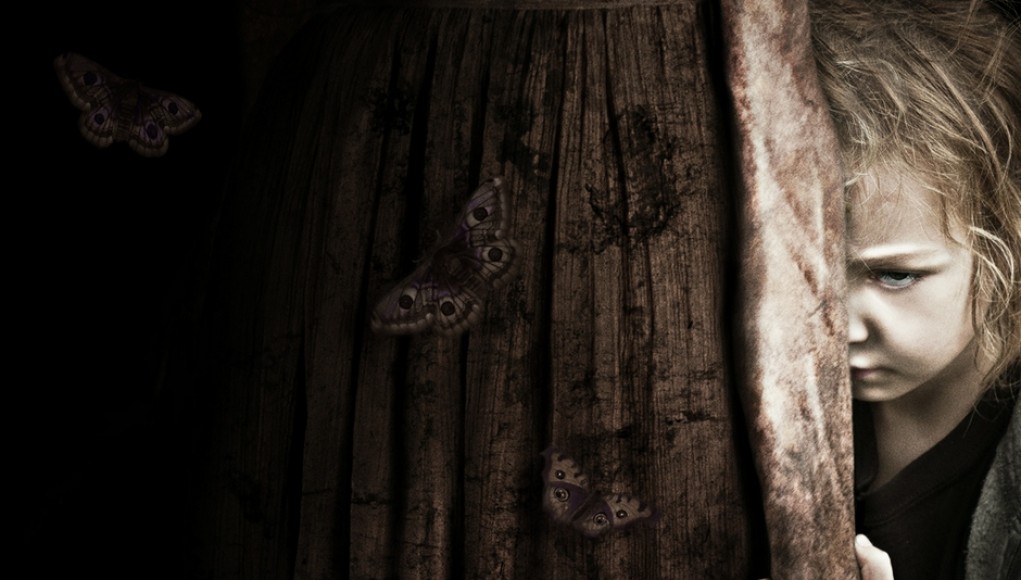 Fights regarding custody of children can tear families a part, but Mama places such fights into a paranormal sphere of haunting mental illness. This 2013 Gothic horror film features some realistic catalysts, but the elements it relies on to deliver such horrors are over-used and abused.

After killing several co-workers and then his ex-wife, Jeffrey (Nikolaj Coster-Waldau) kidnaps his two daughters, Victoria and Lilly, but is eventually killed by a paranormal being in an abandoned cabin in the woods. Five years later, Lucas, the uncle of the two girls, who is also Jeffery’s twin, has hired men to search for his nieces. Lo and behold, they are found living alone in the cabin. A brief court battle gives Lucas and his bassist girlfriend Annabel (Jessica Chastain) custody, with thanks to the help of a child psychiatrist, Dr. Dreyfuss (Daniel Kash), who offers a lovely two-story home in turn for access to the girls. Not only have five years of abandonment traumatized the girls, so has a supernatural being with a grudge only a ghostly mother could have.

As Jeffery drives with the two girls in the back seat, the radio blasts the frantic developments of Jeffery’s rampage at his work, proposing that a recent downsizing within Jeffery’s company was a catalyst to his rampage. The catalyst for the film has some resemblance to many murder-suicides that arose during the spiraling financial recession of the past few years. What made Jeffery snap is uncertain, but this mental incapacitation is among the many mental illnesses that arise in the film.

The battle for parenthood is a domineering theme in Mama, with Lucas and Anabel fighting to gain custody over Victoria and Lily’s aunt from their mother’s side. Jeffery had also taken the girls after murdering their mother, his ex-wife. Ee also learn that Mama, the paranormal being that is haunting the other parental threats, remains vengeful after her century-old tragedy. This sprawling theme of parental jealousy and mental illness places a great amount of stress on families in real life. Such legal battles can place the same horrific terror and anxiety that Mama inflicts on the unsuspecting, and often times innocent, men and women with interest in Lily and Victoria’s custody.

The names of Victoria and Lily are appropriate for their characters. The more conservative Victoria retains enough language to communicate properly with society, dresses with child-like elegance, and retains some civility evidenced by her teeth which remain sparkling white and straight. Lily, on the other hand, has developed only a fragmented concept of language, has terribly decayed teeth, and her name shares that of the biblical Adam’s estranged first wife. These characteristics support their character’s intentions throughout the film, and even in the film’s conclusion.

Annabel has become a reluctant mother and an unexpected hero to this grotesque story of family adoption. She is pulled from her own band where she was a bassist, but takes the call to action with nonchalance. She plays the typical Gothic feminine figure with sprawling tattoos, dark hair, and terse diction. A musical group itself is like a family, requiring dedication and proficiency, talents that are both learned and innate. Annabel has problems assimilating into her role as a mother, but those natural instincts arise as the film progresses, and as her role becomes central once Lucas becomes hospitalized due to a paranormal episode. Chastain’s character is incredibly atypical of the many roles that have launched her to stardom, but her performance is appropriate, even in the cliché role of a Gothic female.

That is right; Mama is a Gothic horror film, and a rather cliché one at that. The film is not short of its over-used tropes such as creepy children singing lullabies, a century-old tragedy, a vengeful paranormal being, and an unsuspecting, innocent couple simply wanting to adopt children who need some love during their societal re-adjustment.

Mama is a product of Director Andrés Muschietti‘s 2008 short film Mamá, which was expanded to become this 2013 film. The film has the visual tendencies of its executive producer Guillermo del Toro, whose own career has relied on Gothic images. Mama also retains some parental sensibilities that were explored in other del Toro produced projects such as The Orphanage (2007) and Don’t Be Afraid of the Dark (2011).

There are many myths and legends about children abandoned and left to live in the wild, only to return to modern civilization with issues of societal assimilation. Mama gives this legend a supernatural approach, and essentially mashing it together with other over-used horror tropes to offer something that is just a hodge-podge of the same tired clichés. While mildly entertaining, Mama fails to truly be suspenseful, thrilling, or even offer a remotely original jump of horror. 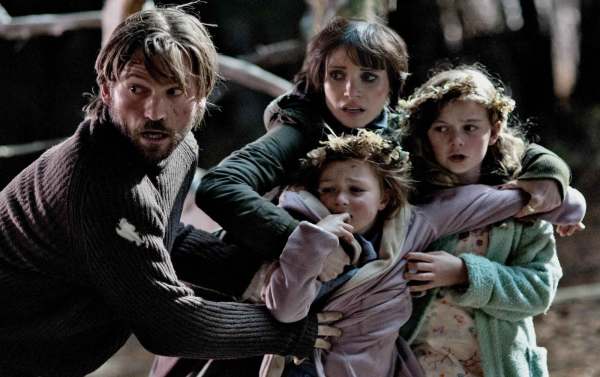