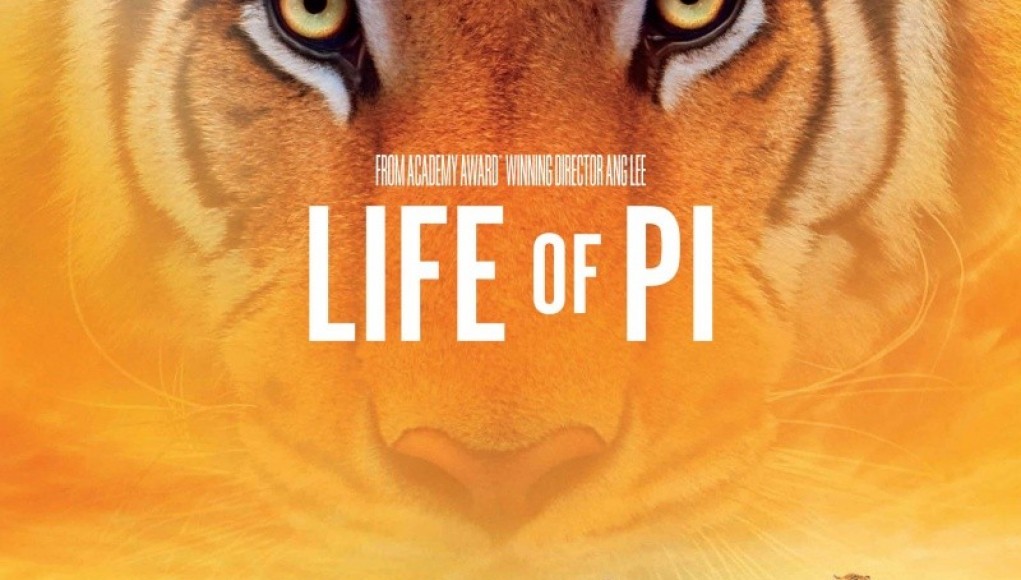 James Stewart famously spoke in The Man Who Shot Liberty Valance: “When the legend becomes fact, print the legend.” Life of Pi is indeed a story about a legend, or perhaps, an amalgamation of biblical and mythical stories, contorted to augment their inherent themes, and combined to present a story of a young man surviving against all odds.

After years of teasing because of his name, Piscine Molitor changes his name to Pi Patel and plays the part by learning the mathematic constant Pi to hundreds of digits. He becomes interested in following Hindu, Muslim, and Christian religious values simultaneously, filling the pragmatic views held by his parents. His family has chosen to move their zoo from India to Canada aboard a ship which capsizes and sinks during a treacherous storm. Pi, a zebra with a broken leg, an orangutan, a hyena, and a Bengal tiger named Richard Parker, take refuge on a lifeboat for almost 227 days.

Pi’s interest in several religions creates an innate desire to coexist with all living creatures. Early in the film, when Pi is young, his older brother dares him to feed Richard Parker meat by hand. His father pulls him away in the last second, only to show Pi the natural treachery animals such as Richard Parker exhibit by watching Richard devour a sheep. The lesson washes away  Pi’s innocence; a compassion that he thought had disappeared entirely. Pi’s religious inclinations are challenged by his father, who claims that it was Western medicine that cured his polio, and not anything supernatural.

Thus, Pi’s loneliness at sea was not his first account with isolation. Having all that wonderment striped away at an early age and his embrace of multiple religions already created a sphere where his innocence was robbed or tested. The flood narrative is a multi-cultural tale that has been adapted from several civilizations and time periods. Life of Pi contorts this core narrative, where the central lesson is not a supernatural ideal to wash away the world’s sins, but a freak situation in which a religious boy can overcome isolation and fear of the natural world trying to consume him.

Written by Yann Martel, Life of Pi begins with a middle-aged Pi explaining his upbringing and long journey of survival to a reporter. The present discussion, even in the book, transitions with ease into Pi’s personal narrative, an element that is transferred impeccably to the film. Although Life of Pi originates from a novel, Hitchcock’s Lifeboat tends to emerge with a similar setting, urgency, and themes. Lifeboat featured several Allied civilians stranded on a lifeboat with a German soldier during WWII. The fear of occupying the same close quarters with another being that is completely opposite is a theme that tends to link these two stories together.

Life of Pi has been marketed on the same cinematic level of Avatar, except Life of Pi does not rely on shallow metaphors and is not solely dependent on over wrought computer animation. Instead, the film utilizes an enormous amount of CGI effects to place so many vicious animals in such dangerous situations. The animation is just above adequate, capturing the minute details of animal motion and the natural phenomenon during several scenes. The film’s inherent 3D images have infiltrated 2D presentations; one scene features flying fish that burst out of frame, which had been squeezed during that scene to account for the desired effect. In other words, the requirements of 3D have begun to affect 2D presentations negatively.

The adaptation of this beloved book has had a turbulent development history with several directors attached at different points. The story requires an intense amount of attention and resources, deeming the book nearly unfilmable. Yet, director Ang Lee, whose filmography is quite diverse, has put together a story onto film that meets the bare minimum to bring such a spiritually charged story to fruition. Although the film does comprehensively portray the struggle to survive, the end result is flat, but the typical old-fashioned Hollywood glamour and magic that families will consume voraciously. 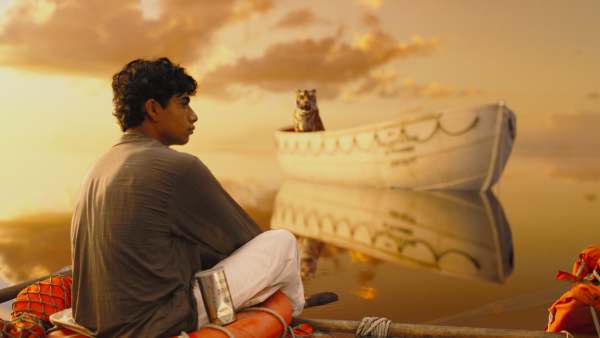