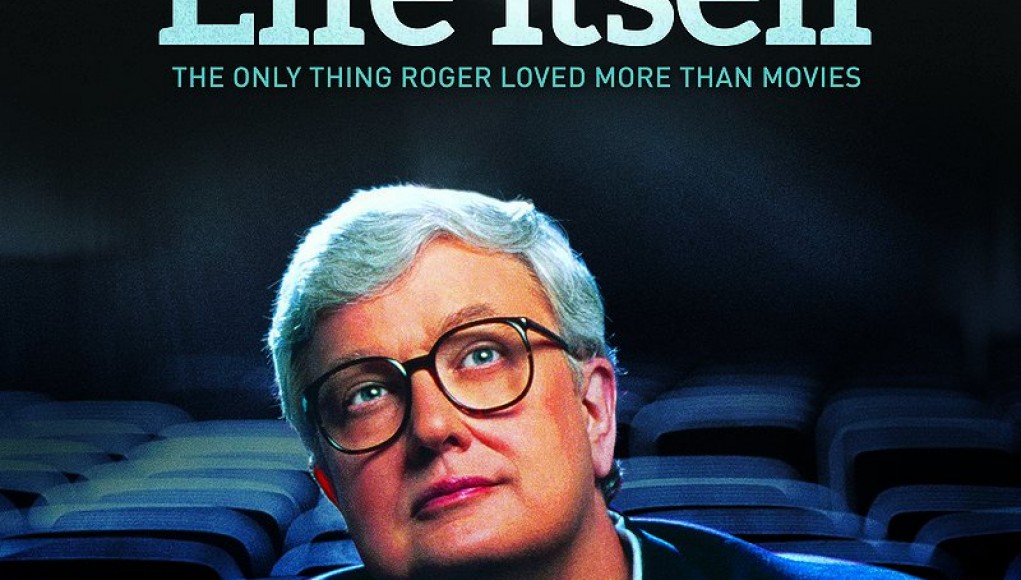 There is no doubt that Roger Ebert, one of the most prolific and well-known movie-reviewsers in American history, would have a film produced to pay tribute to his career at some time. By the end of his career, Ebert had covered the film industry for nearly half of cinema’s lifespan, popularized a specific hand-gesture beyond its normal capability, and invited the world to see his late-life health problems. Life Itself, based off Ebert’s own memoir, captures not only the critic’s frank explanations of his life, but also his devastating health condition.

Life Itself traverses back and forth between the chronological telling of Ebert’s life and career and the travails of illnesses in the last weeks and months of his life. Ebert found the writing world at an early age, writing for science fiction magazines before he moved up the conventional high school newspaper ladder. He worked his way through Chicago’s publication industry until he finally earned his seat at the Chicago Sun-Times.

Before long, he was invited to team-up with his critical rival Gene Siskel of the Chicago Tribune to host Sneak Previews, which would later become At The Movies, where they developed their famous thumbs-up rating system. Siskel and Ebert had a contentious relationship that included years of childish one-upsmanship on and off set. “Frenemies” is what some might call it today, but despite this competitive nature, the two had an admiration for each other’s work, even if it did not align with their respective opinions.

Ebert was not one to hide anything. How could he?  His occupation required him to express his opinion on what he experienced to the public. Ebert was also forthright about his alcoholism, but it was Siskel’s death that left an impression on how Ebert wished to live during his own health complications. Rather than hide behind carefully worded press releases that obfuscated his re-occurring illnesses, Ebert went ahead and included everyone in on his day-to-day struggles revealing how he could no longer speak or eat.

The film is narrated by an Ebert voice impersonator, but Ebert’s voice was impersonated every time he wanted to communicate thanks to bespoke text-to-voice software. Yet, Ebert’s discovery of blogging and social media allowed him to become even more vocal about film and politics. His blog and Twitter presence exemplifies the internet’s democratization, even inviting critics across the world to join his website and bring critiques on world cinema to computers and smartphones everywhere.

There is no great-man theory here. Like many great men, he was supported by a strong, loving wife. Chaz is not as well-known as her husband, but in this documentary she comes off as one of the sweetest women to grace any film I’ve seen. Her voice carries an air of compassion and care, and even Ebert admits that Chaz is the source of his unbreakable optimism during his health complications. We get only a small glimpse of Ebert as a step-father and grandfather, but these few moments are some of the best parts of the film; small glimpses of a man at peace being with his family.

There was no one more appropriate to direct Life Itself than Steve James. Both Siskel and Ebert loved James’s epic documentary Hoop Dreams, which is indeed a masterpiece of the documentary form. Ebert has no hesitations allowing James to film how his illnesses have complicated life’s daily tasks with a fly-on-the-wall style. These moments are difficult to watch, provoking squirming and even a few hand-over-eyes gestures. These scenes are reminiscent of Lightning Over Water, which was about Nicholas Ray’s last days as he struggled with terminal lung cancer.

Just analyzing what a conventional 1 to 4, 5, or 10 rating really meant was a whole other task for a reader. That’s why there was something special about the thumbs up. The binary probabilities were not limited by the complications of numbers, and when paired with a formidable partner like Siskel gave “two thumbs up” a tangible meaning to the everyman. Life Itself captures the life of someone who had to express himself, all the time.

Ebert knew there would be opposition to his work. He recognized technological shifts rather than ignoring them, but if anything, he understood his mortality. That last point is what made him attractive to the nation. His ability to dissect films without speaking down to his audience, yet still informing them of how their culture is presented to them, is what made him exceptional at what he did.