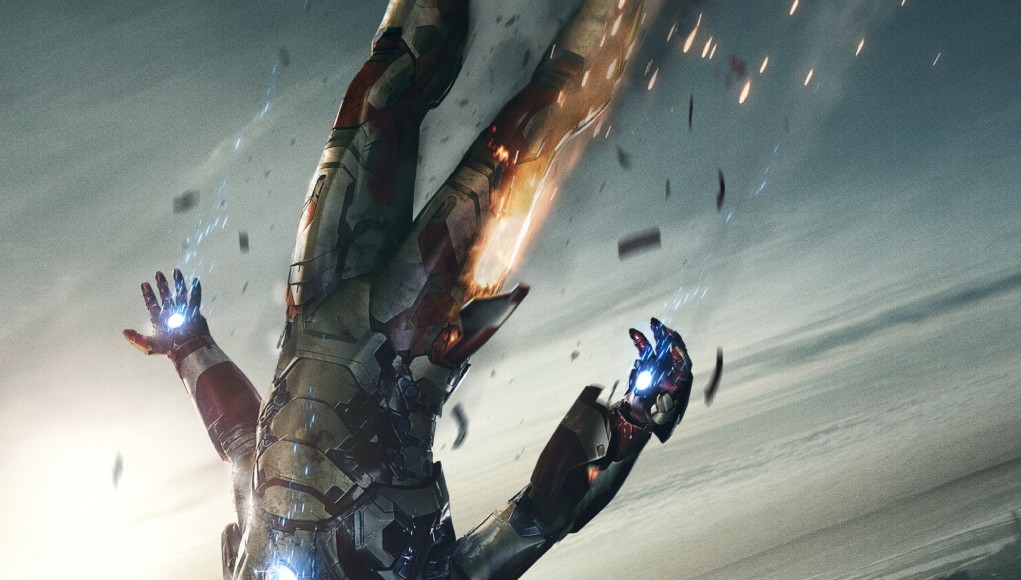 How does a massive cinematic franchise return when it unlinks itself from the convergence of another colossal franchise? How does one re-assimilate into society after a major traumatic event, perhaps war, between countries, between galaxies? Iron Man 3 follows Tony Stark’s post-Avengers’ life, the role that disfigurement has on traumatized individuals, and the very real implications of military and terrorist-industrial complexes.

Several years before Tony Stark (Robert Downey, Jr.) became an American hero, he had a brief affair with Maya Hansen (Rebecca Hall) who invented a regenerative treatment for traumatic deformation called Extremis. Tony is also confronted by Aldrich Killian (Guy Pearce), a crippled scientist who formed Advanced Idea Mechanics (AIM), but Killian is ignored by Tony. In the present day, Tony is affected by anxiety brought about the events of The Avengers and is still struggling to maintain a relationship with Pepper Potts (Gwyneth Platrow) while building new Iron Man models. Lastly, Mandarin (Sir Ben Kingsley) has been terrorizing America with attacks and has been commandeering the country’s media to announce new threats.

Tony’s new PTSD affliction is a stark contrast to his bigger-than-life, ego-centric personality. He has developed anxiety attacks from his role in The Avengers battle, his new Iron Man models are functioning below ideal conditions, and Pepper is feeling unappreciated and a lower priority to his work. To add weight on top of an already full plate, he broadcasts himself as the face to counter Mandarin’s aggression, an invitation on which Mandarin capitalizes. Despite all these personal and professional obstacles, Stark retains the trademark quips and arrogance that any profitable capitalist, superhero, and recovering womanizer should have.

Mandarin and his tactics utilize the iconography of terrorism in real life with clips of terrorist training videos a la Al-Qaeda, and Mandarin himself dons much of the same cult of personality that Osama bin Laden used. This helps audience members relate to the gross threat of the fictional version of America depicted in the film, particularly since the more recent Boston Marathon Bombings.

Of course, many of these relevant topics are only presented and touched upon briefly in order to help the film reach the lowest common denominator. That is not to say that Iron Man 3 is mindless, its story is actually decently fleshed-out with enough internal and external conflicts to create empathy towards a character that is so arrogant it is doubtful that he even responds to sympathy. Like many superheroes, Stark has scars from a murdered mother and father. He inherited a seemingly bottom-less bank account, but the hole in his heart, now filled with an electromagnetic field, seems to be less effective than it used to be.

Proponents of Extremis and AIM have both mentioned some links to real-life topics such as stem-cell research and genetic modification. President Bush’s stem-cell research ban was over-turned during the Obama administration, and genetically modified food and lab animals have provoked very real debates on evolution and the role science has on our sustenance and medicine. These two fictional companies offer a real-life link to these themes, although, like many of the film’s broader, more intellectual topics, they are glossed over, possibility to retain the broad audience’s attention and to not ruffle too many feathers. Then again, both fictional companies are struggling with flaws in their own inventions, but use said flaws to fuel their own intentions.

The film certainly has its hokey moments, primarily from convenient plot points where important information figuratively falls into Tony’s lap, making the detective aspect of the film incredibly weak. These moments are brief, primarily to link each action scene to get the explosions going again, and perhaps to maintain 21st century attention spans. Then again, the Iron Man franchise, on the screen and off, never takes itself too seriously. The film is rife with CGI, but it is at least used appropriately, and Tony seems to only drive Audis, even the ones he steals.

Director Shane Black has written and appeared in some of the seminal action films on the high concept era, but his only other directing credit, Kiss Kiss Bang Bang, shows a desire to depict a post-modern cinema where quippy characters are aware of their place on the screen. There is no doubt that Iron Man 3 is typical summer blockbuster fare, but it does mark a unique moment in film history when a beloved character returns to their own world after  heightened experience such as seen in The Avengers. What is most certainly a step-up from Iron Man 2, where I admittedly took a snooze, this iteration marks a renewed spirit in this franchise and the Marvel cinematic universe.