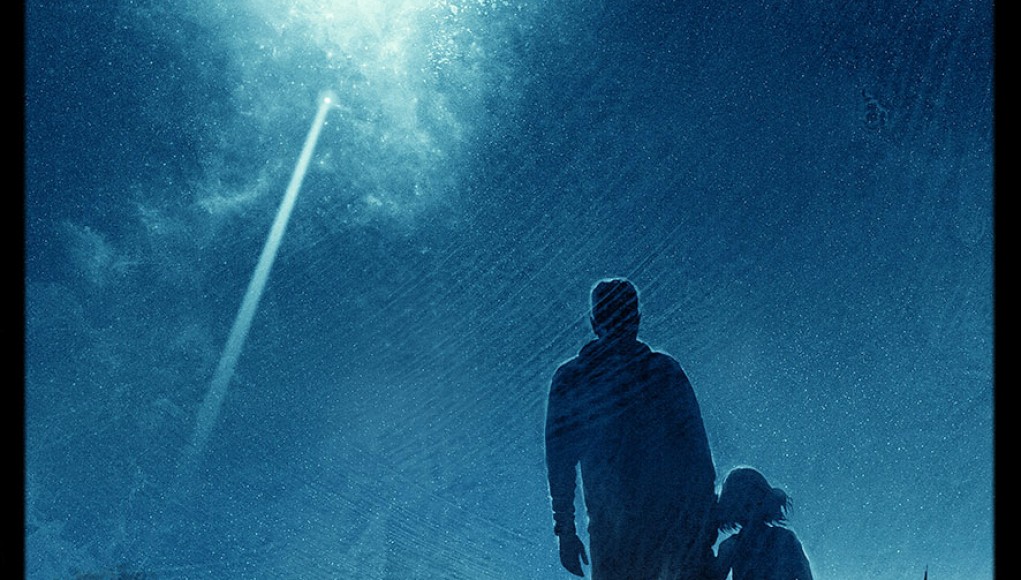 Interstellar is the latest conceptual tour-de-force from Christopher Nolan, in which he traverses the scientific mysteries of deep space, while grounding his story in themes of love, family, and human perseverance. Although Nolan borrows from the likes of Kubrick, Tarkovsky, Ridley Scott, and others, Interstellar feels original and daring in its own right, as perhaps the first major feature film to reliably tackle 21st Century theories of astrophysics. Despite the directorial challenges inherent in handling a mind-bending narrative, a script filled with heady dialogue, and an ensemble cast, all the complexity and abstraction manages to take a backseat to the drama, which is a feat that many feel even Kubrick never accomplished.

Matthew McConaughey stars in the film as Cooper, a former ace pilot turned farmer who is still haunted by nightmares of a fateful flying accident. He and his young daughter Murph discover a gravitational anomaly inside Murph’s bedroom that eerily provides them with the coordinates for a secret NASA base. At the base, several scientists, including the renowned Dr. Brand (Michael Caine) and his daughter (Anne Hathaway) are planning a mission to the outer reaches of the solar system and beyond. Brand, who once worked directly with Cooper, reveals that an alien race has placed a wormhole near the planet Saturn so that humans might escape their dying Earth to find new habitable worlds in a distant galaxy. Although Cooper initially resists, Dr. Brand convinces him to pilot a mission to the wormhole, causing him to abandon a devastated Murph and her brother Tom for what could possibly be decades…or forever.

Unlike https://cinemafunk.com/movie-reviews/inception”>Inception, Nolan’s most recent film to feature a mind-altering narrative and notable dearth of superheroes, Interstellar’s script finds the time to do some all-important table setting by developing backstories for both the protagonist and some of the film’s secondary characters. Since Cooper’s motives happen to be unimaginably noble, empathy for him and his family comes easier than it did for the largely despicable Cobb and his flat-character cohorts from Inception. Nolan’s films may never sit still long enough to develop all of the many characters and events he packs into them (see Wes Bentley’s Doyle in this one). But in Interstellar, he wrings substantial drama from their interrelationships, including a foil established by the father/daughter Brand characters who happen to be separated under the same circumstances, but much different pretenses, as Cooper and Murph. By the time Cooper blasts off for the edges of the solar system, the audience feels the same visceral attachment toward Earth and his family that he feels, which elevates our own immersion in his conflict.

But the Nolan brothers’ precisely-structured script can accept only half the credit for that immersion, because McConaughey will be knocking at the Academy’s door again this winter with his pensive, yet impassioned portrayal of Cooper. He embodies a subtle mixture of grit, sincerity, paternal caring, and mystery that somehow allows us to believe Cooper’s place as a widowered ex-NASA pilot willing to explore the edges of the universe for the good of humanity. Much of McConaughey’s supporting cast is no less compelling, lead by notable performances from both Caine, whose readings of Dylan Thomas lend the film a transcendent quality, and Jessica Chastain as an adult Murph – a powerful female role that showcases her grace and fragility.

Another highlight of Interstellar is its musical score that runs the gamut from intensely symphonic strings reminiscent of the soundtrack for The Fountain, to a playful, classically-inspired tune that recalls 2001’s “Blue Danube” sequence, to moody piano pieces that could double in an Ingmar Bergman film. Hans Zimmer’s score supports the film’s intricate visuals while remaining edgy enough to stand on its own.

Interstellar is filled with enough exciting ideas or sequences to make many of its flaws forgivable, but not all of them. While critics have decried the film’s science for being far-fetched and sometimes inaccurate, those complaints are overstated, as everything fits within the context of both the plot and the fact that certain events (this is science fiction, after all) cannot be explained by even the most cutting-edge theories of today. In fact, a much bigger problem lies in Interstellar’s ability to reconcile the motivations behind some of its characters’ actions, including two instances that arrive late in the film from a couple of high-profile stars, Matt Damon and Casey Affleck. Damon, who plays Dr. Mann, provokes a sophomoric action sequence that nearly derails what had been a top-notch sci-fi film up to that point. Meanwhile, Affleck is an adult Tom who exhibits some head-scratching behavior at the film’s climax, and probably needed one or two additional scenes early on, to illuminate the character, although Affleck is superb as usual.

Luckily, Interstellar’s final act makes up for its own shortcomings and blatant sentimentality thanks to a climax that will floor audiences with gorgeous visuals, extra dimensions, jaw-dropping conceptions of time, and of course, Ellen Burstyn. Interstellar will likely fall just short of being remembered as one of the great sci-fi films, a designation for which it clearly is striving. That said, Nolan and company break enough cinematic barriers and flex enough intellectual muscle to earn a future spot on any cinephile’s DVD shelf. No superheroes required.