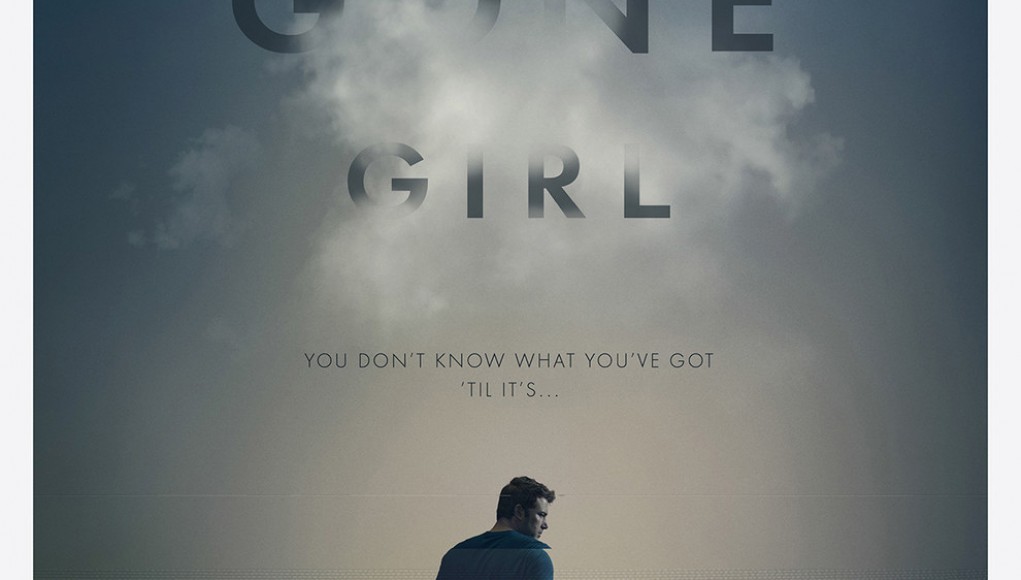 Something has to fill up the 24-hour news cycle. If it’s not the generic panel shows that manufacture news in real-time, it’s the gas-bag pundits that perpetuate fear and manipulate the public’s perceptions. Gone Girl revels in satirizing the media circus as it overwhelms a suburban Missouri town when a wealthy woman goes missing.

The shattered glass lies on the floor when Nick Dunne (Ben Affleck) arrives home, but his wife Amy Dunne (Rosamind Pike) is nowhere to be found just one day after their anniversary. Detective Rhonda Boney (Kim Dikens) and Officer Jim Gilpin (Patrick Fugit) are assigned to the case, which begins with a scavenger hunt planned for Nick by Amy, who does this sort of thing often. Each clue delves deeper into some of Nick’s secrets, allowing the authorities to lose trust with him each step of the way. Amy’s disappearance becomes national news, complete with blowhard pundits and armchair analysts on television branding Nick as a text-book husband gone mad. The police circle in, the public readies their pitchforks, and the media circus follows, comments, and trolls Nick’s every move.

Amy was always a step behind Amazing Amy, the eponymous children’s book her parents wrote that is responsible for Amy’s hefty trust fund. Amy, the character in the children’s book, just happened to excel at everything the real Amy gave up on, forcing her to live in the shadows of a fictional character, subjected to obvious and public criticism from her parents. Now that she’s missing, Amy truly is in the shadows, whether she’s found alive or dead.

Gone Girl is a game and mystery, not unlike director David Fincher’s Se7en, where a detective is forced to face his failures as he is antagonized by a nefarious puzzler. Games exist in all forms in Gone Girl, aside from the main scavenger hunt that incriminates Nick clue by clue. Before Nick discovers the crime scene, he plays the game Life with his twin sister, Margo Dunne (Carrie Coon) at their bar. As the film unravels, the ideal route to win the game of Life is contrary to the marriage Nick and Amy have. Children were ruled out, Amy’s trust fund is depleting at an accelerated rate, Nick has become disenchanted with Amy, and Amy blames Nick for giving up.

There have been many public murder and missing persons cases that subject real people involved in heinous crimes to become characters in real-time. Nancy Grace has lead a one-person crusade on every astonishing murder case where jealousy and greed raise their ugly heads. Body language and speech patterns are scrutinized to find any misstep. In Gone Girl Grace’s persona is characterized by Ellen Abbot (Missi Pyle), a fiery pundit who seeks justice by shouting at the top of her lungs.

Ben Affleck’s Nick is tough to read, making it difficult to sympathize with him, which ultimately provokes the media and popular opinion to side with Team Amy. On the other hand, Rosamind Pike’s Amy is portrayed with clarity in the film, at first. Neil Patrick Harris and Tyler Perry’s appearances are overt and atypical of each actor’s typical roles, but they wear their strong characters close to the heart, offering exceptional performances.

Gone Girl overstuffs itself with its portrayal of marriage gone awry and media degeneration.  It treads on the same ground as films such as American Beauty, where perfect marriages devolve through jealousy, greed, and general growing apart. But Fincher still creates an alluringly creepy, expansive, and vivid setting. His penchant for bluish greys allows the eerie mystery to linger in the air, assisting the dark humor to shine even through the constant second guessing.

The film clocks in at a beefy 150 minutes, but feels like it’s really two films attached to each other and rushing to get nothing completed. As with Fincher’s previous films, Gone Girl explores the degradation of society through manipulation via media, all-the-while exploring the fascination of murder and scandal, and marketing of fear. Perhaps that hefty concept was just a little too much to balance with a sprawling mystery.