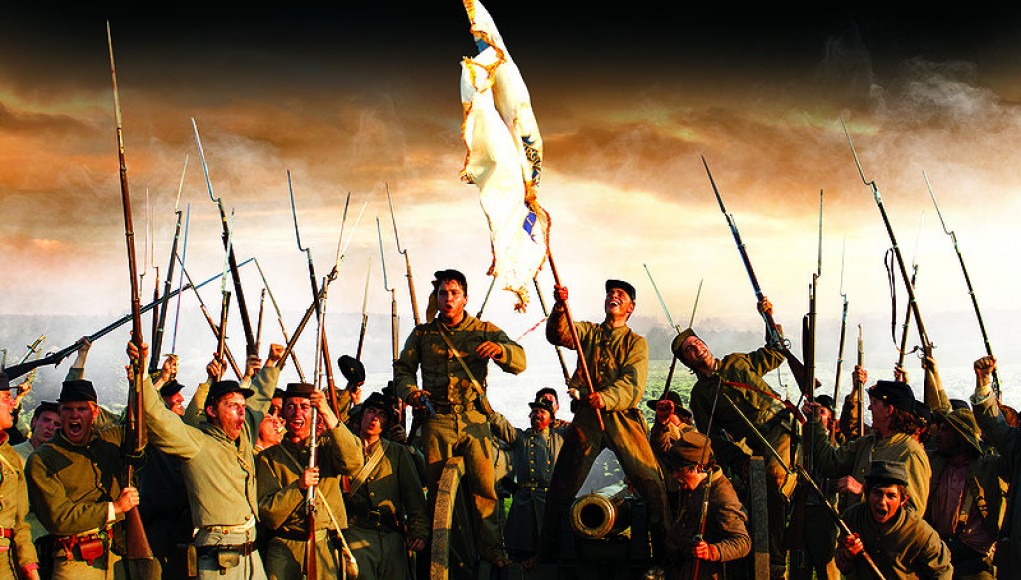 In 1863, Ulysses S. Grant (Tom Skerritt) is appointed as the Chief of Union Forces by Abraham Lincoln, who is under pressure to achieve more progress on the frontlines as the presidential election is around the corner. A freshman class of teenagers enroll into the Virginia Military Institute as the Civil War continues to reshape the American landscape and mindset. Maj. Gen. John C. Breckinridge (Jason Isaacs) of the Confederacy recognizes the incoming threat, and hastily puts together a hodgepodge of forces, including the VMI Corps of Cadets of teenagers to fight in the Battle of New Market.

The film immediately establishes itself as sympathetic towards the anti-slavery cause when a young Virginian boy witnesses a family broken apart during a slave auction. That young boy is later one of the cadets of the VMI, and he will become  one of the many young men who fight for the Confederates at the Battle of New Market. By situating the film’s anti-slavery position early, an unchecked indifference lingers throughout the rest of the film, which slyly circumvents the elephant in the room–that the film follows teenage boys fighting for the Confederacy.

The film strives to assert that sending the cadets to battle was an atrocious decision, as if it was the first time young men left behind families to fight in war. During this period in Western countries, war was romanticized as an honor, and armies were flamboyant with matching uniforms, formations, and regal formalities that went back centuries.

There is no doubt that Field of Lost Shoes has a spotless production value. Everything is clear, well lit, and fits into place neatly, it lacks the fine details that give this story the true grit to drive the wartime devastation home. Clothes are clean and crisp on the battlefield, fake beards are laughably noticeable, and a sweeping musical accompaniment a la War Horse attempts to pull at heart strings. Although it was refreshing to see the main battle sequence almost absent of egregious computer animation.

To add marquee value, recognizable faces and names including Tom Skerritt, David Arquette, Keith David, Lauren Holly, and Modern Family’s Nolan Gould populate the film. Their inclusion makes the film easier to digest, but their efforts are meager. Just like sending nascent troops into the Shenandoah Valley, these character actors are sent to career suicide for what was probably a favor returned at the minimum SAG pay scale.

Field of Lost Shoes is a promotional effort for the Virginia Military Institute that evades any real confrontations about slavery, focusing instead the atrocity of teenagers sent into battle with loose shoes and a weak battle cry. Without blatantly saying it, the film perpetuates the concept that States’ rights have an equal priority to human rights, and that the Confederate cause and iconography is a Southern tradition and not a vicious cycle of indifference and racism. Oh, andhttp://popwatch.ew.com/2012/05/12/hello-to-jason-isaacs/”> Hello to Jason Issacs.