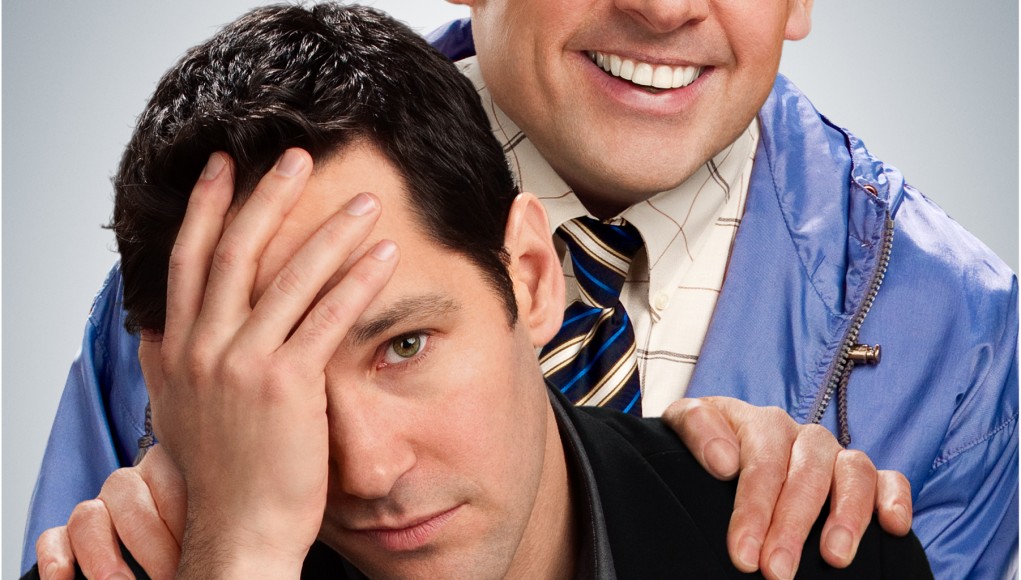 When you enter a screening with low excitement for a film, you gain a bias objective view that is just as detrimental than if you entered with the highest expectations. When that low expectation is turned around entirely, and the film you are watching features an amusing and decent story, it reminds you that the element of surprise is still a powerful beast.

Dinner For Schmucks has all the elements that many modern comedies have, elements which failed miserably, however this 2010 comedy is able to hold it all together, even throughout the end.

Tim Conrad (Paul Rudd) is invited to a “dinner for winners” where he must bring an eccentric guest; the most talented odd-ball guest receives a trophy and the ‘winner’ is allowed to bask in executive glory. The day after Tim’s wedding proposal is rejected by his girlfriend, he accidentally hits IRS employee Barry Speck (Steve Carell) with his car. Tim finds Barry unharmed, and realizes that Barry has the quirk and odd-ball talent Tim needs for the dinner.

Tim invites Barry to the dinner, and Barry invites himself into Tim’s life, accidentally ruining Tim’s relationship with his girlfriend, Julie (Stephanie Szostak), sending her to closer towards the artist Keiran Vollard (Jemaine Clement). Tim and Barry fight to save Julie and still win the dinner for idiots.

Dinner For Schmucks is a surprisingly funny film that has charm and hilarity. The charm begins with a wonderful opening sequence of setting and placing personified, stuffed mice into adaptations of famous paintings. The plot and inciting incident are set-up quickly and efficiently, launching you into Barry’s lifestyle and allowing you to suspend reality for the remainder of the film.

The pacing is nothing short of a classic screw-ball—a sub-genre missing entirely from modern cinema. The plot and suspense ramps up evenly during the course of the movie, and ends with a dinner that is all too perfect, and brings the excellent ensemble cast together for a momentous climax of talent-filled hilarity.

All the characters are as outrageous as they need to be. Steven Carell has done an excellent job at creating an over-the-top, yet down-to-earth characterization with Buddy. His intricate quirks and background are performed like a true comedic champion. It is a refreshing role for Carell who has played typical and lackluster parts for the past few years. Paul Rudd has not aged at all since Clueless, and his performance as the protagonist is adequate at best.

Additional performances by Zach Galifianakis, Ron Livingston and Larry Wilmore add nicely to a casting recipe from heaven. A few Flight of the Conchords alumni are present in the film, including Jemaine Clement and Kristen Schaal, both bringing their absurd humor to the screen.

What Dinner For Schmucks effectively serves is a plate filled with the lesson that there is the potential for idiocy and foolishness in all of us. The ‘schmuck’ in the title can refer to either Barry or Tim, or any of the hosts and guests at the dinner; it really targets anyone who chooses to laugh at another for their perceived weirdness.

There have been many comedy adaptations from foreign sources in the past few years that have not lived up to the original, Death at a Funeral comes to mind. While I have not seen the original, this American version of Dinner For Schmucks is worth a watch with plenty of laugh out loud moments.