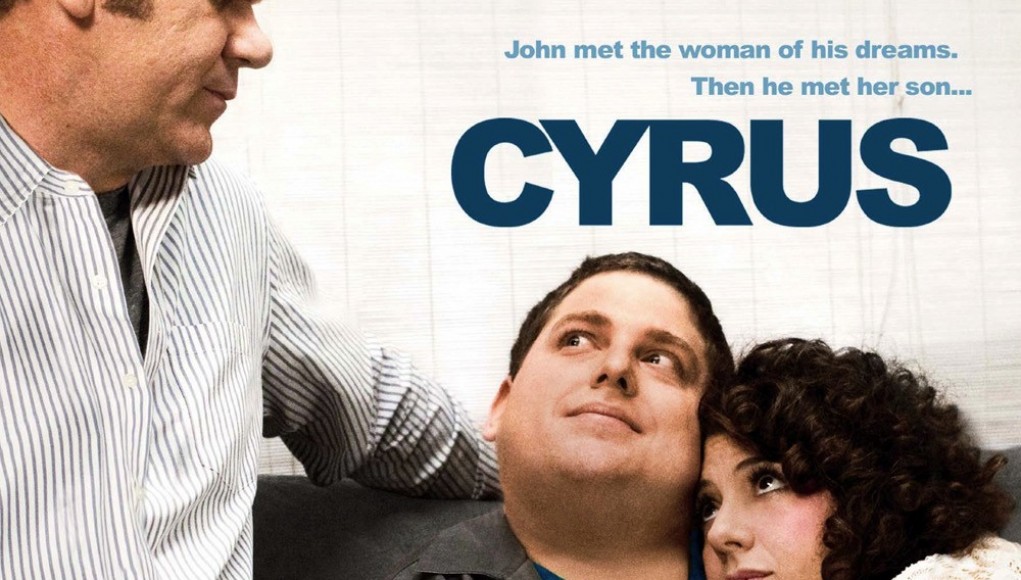 Currently billed as the indie hit of the summer, Cyrus features an accurately casted ensemble featuring some of the most loved indie-actors and comedic actors currently working. Yet, Cyrus does not live up to much of the hype and acclaim that has been whispered throughout the industry.

Cyrus begins as a charming film with John (John C. Reilly) still hung-up on his ex-wife, whom they still share a caring friendship. John meets Molly (Marisa Tomei) at an engagement party for his ex-wife and her future husband. The two instantly have a connection and for two days begin a charming affair, buy Molly never spends the night entirely.

One night, John decides to follow Molly back to her place, where he meets Cyrus (Jonah Hill). Cyrus and Molly have a relatively peculiar mother-son relationship. Cyrus at 22 still has night terrors and is very much coddled by Molly. This coddling provokes Cyrus to battle John for alpha-male supremacy alongside Molly.

Cyrus is a cute little film that has a charming pacing, until we meet Cyrus, and a brick wall halts the first acts’ pacing. From there on, the awkward and quirky nature of the film drives the conflict forward, but this conflict never feels sincere, and even a little forced. In terms of comedy, there were only a few moments that could invoke a laugh, others just smiles, and more often than not, deadpan. The film is certainly not as funny as trailers and other critiques have proclaimed.

Hill’s portrayal is excellent, even to the point where Hill disappears behind Cyrus. Reilly’s character is is simply just John C. Reilly. There is no change of character, the actor is the character. Marisa Tomei should receive the accolades for her role. She plays her character, Molly, with the compassion and sincerity that is missing in the conflict between John and Cyrus. Jonah Hill is a lucky man to be coddled by Tomei for this film.

Cyrus features a very subtle cinéma vérité style, that mends the hand-held styles of The Office and Arrested Development. Yet this style disappears as the plot moves forward, allowing the content to speak for itself. This purposeful choice of hand-held camerawork invites the audience to be a part of the conflict on the screen. The pacing of the film is decent and the film ends right when it appears it could go on forever, saving the film from being long and tedious.

Cyrus does not live up to the higher praises that it has received, but it is certainly worth a rental. There is a charming aura that lingers in the air but it the awkwardness could have been elevated to bigger heights. Hill’s character could have been creepier, more outrageous.