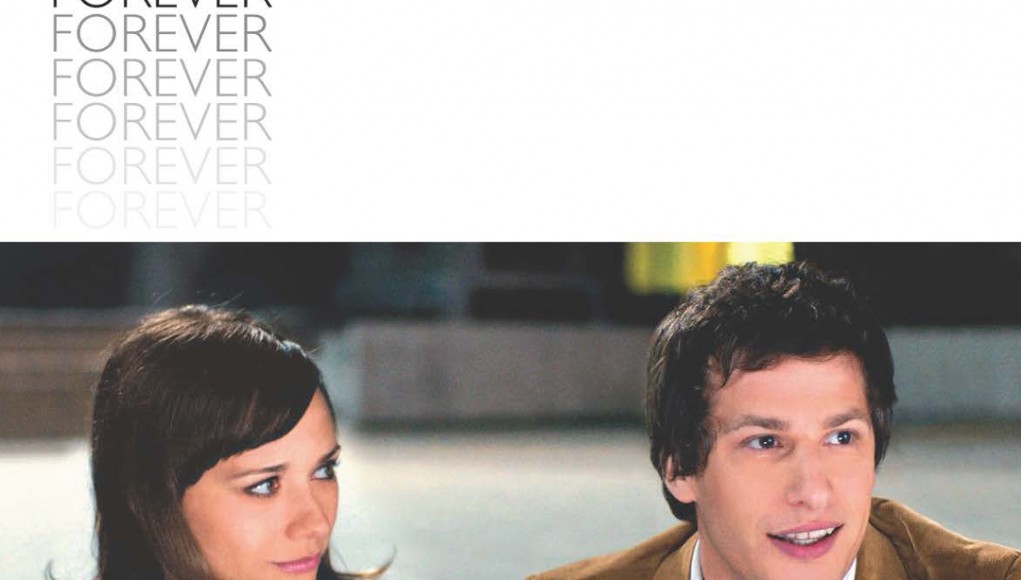 The question of whether men and women can truly be just friends is a deep one, and has been portrayed in cinema increasingly over the years. Celeste and Jesse Forever continues the cinematic pontifications of such a concept and does so with candor and charm in this 2012 indiewood film.

Celeste (Rashida Jones) and Jesse (Adam Sandberg) have excellent chemistry together, sharing inside jokes and gestures that they enjoy together. They giggle like young lovers at a bar where they are having dinner with newly the engaged Steve (Eric Christian Olsen) and Beht (Ari Graynor), who proclaim that their friendship is absurd. Celeste and Jesse are in fact in the middle of a divorce.

Jesse has taken up the guest house and illustration studio and Celeste remains inside. Celeste has published a new book on cultural criticism and is a partner in a marketing and media company and has just signed a hot new female singer. Jesse is a jobless illustrator who is not actively pursuing employment, and he is behind on new illustrations for Celeste’s company.

Early in the film, we see Jesse lying on the couch with junk food stained sweatpants and crying while he watches weightlifting from the 2008 Beijing Olympics. He is the epitome of new-age male helplessness. Celeste on the other hand is gung-ho about remaining separated but good friends, and is encouraging of Jesse’s career in illustration. Despite the impending divorce, the two say they have never been a part more than five grueling days.

Now separated, Celeste and Jesse’s relationship is a balance of power, and whenever the film follows either of the characters specifically, it is that character that currently does not have power over the other. We see much more of Jesse earlier in the film, but once Celeste explains that one drunk night of sex was a mistake, it turns things around quickly. The power struggle coincides with the reduction of Celeste’s alpha female characteristics and the rise of Jesse’s manhood.

Jesse feels he is obligated to remain with his girlfriend, Veronica (Rebecca Dayan), whom he impregnated during his separation with Celeste, but the film never shows any true love between Jesse and Veronica. One scene has Celeste dropping off some of Jesse’s old things and begins to rummage through his garbage to see the baby items purchased, signifying Jesse’s acceptance of becoming a responsible man preparing for fatherhood. Celeste admits to never having the inclinations to bare his children because he never showed accountability.

The two cannot seem to be just friends, but they cannot seem to be separated either. I have known and met many couples who have remained good friends after their divorce. There is something about knowing that you love someone and but are not in love with them. Friends with Kids also tackles this question, albeit in a manner that includes procreation as a central binding, and Friends with Benefits from last year winds up with a stereotypical happy ending.

Rashida Jones has arisen through the ranks as an actress, and Celeste and Jesse Forever is also her first scriptwriting effort and with Will McCormmack, who also played the mutual friend, Skillz. The film is based off Jones and McCormmack’s own friendship and failed romance. Sandberg shows signs of maturity, not only with his character, but with his acting, a major departure from That’s My Boy earlier in the Summer.

Celeste and Jesse Forever comes down to an observational romantic comedy about dealing with regrets while continuing to provoke the question of whether men and women can just be friends. Although never finding a conclusion to the question, the film succeeds in avoiding rom-com clichés and is supported by a solid script and dialogue.