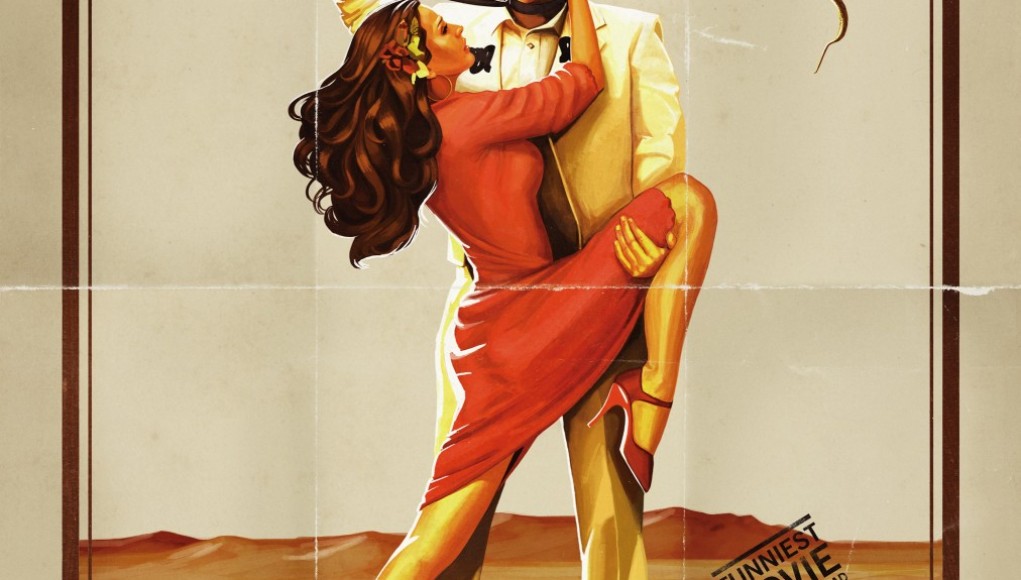 Casa de mi Padre is a 2012 Spanish-language independent film that is a telenova parody brought to you by the tight-knit collaboration between Will Farrell, Adam McKay, and Matt Piedmont. Featuring send-ups of typical clichés and tropes of telenovas, this film includes absurd paradoxical elements and put-ons of Spanish-Mexican romanticism.

Armando Álvarez (Will Ferrell) has lived on his father’s Mexican ranch all his life and has lived in the shadow of his brother Raul (Diego Luna) who has returned to assist with the ranch’s financial troubles. Aramando has also fallen in love with Raul’s fiancée Sonia (Génesis Rodríguez) and Mexico’s most dangerous drug lord Onza (Gael García Bernal) is knocking on the ranch’s gates.

Armando, along with his two sidekicks, is a considered to be a black sheep in the family. Not nearly as successful as his brother, Armando is chastised for his lack of interest in women, when in fact he is a hopeless romantic who is plagued by his accidental killing of his mother.

Casa de mi Padre nails the common plot and visual tropes of the Spanish telenovas the film is parodying. As an example, Farrell gains a new lease on life and finds the courage to fight for his father’s ranch after a hallucinatory event with a stuffed white tiger. The humor appears only at opportune times and some jokes only land with the well-cultured, such as when a Spanish version of Procol Harum’s “A Whiter Shade of Pale” is performed at Raul and Sonia’s wedding, a late-1960s romantic classic.

Farrell’s Spanish sounds flawless and his straight delivery and commitment to the role is clear. Casa de mi Padre may become a cult gem seen by only his most loyal fans. This is a film not meant for a wide audience, but for educated one that can see the bizarre jokes that properly poke fun of the Western landscape and production values of these Latin American and Mexican telenovas.

Casa de mi Padre lands at a time when Mexico’s violence has reached all-time highs, with patriot bloggers being targeted and beheaded for aligning themselves with the wrong side. Mexican police are being killed in droves, and the United States has provided untraceable weapons to Mexican cartels in attempts to capture them in the faulty Fast and Furious ATF mission. The film explores how Mexican drug lords can devastate entire family dynasties. Where Quintin Tarantino will use the tropes to set-up a two-film epic, Farrell and company will exploit it for a few chance chuckles.

In fact, most of the roles are played straight, which is why the film relies on visual sight gags while the dialogue is filled with cliché conversation that relays the parody. It is understandable that many might see this film as an over-extended Saturday Night Live sketch, especially since it is directed by former-SNL writer Matt Piedmont. Truthfully, Casa de mi Padre is one of the more intelligently pulled-off Farrell comedies as it does not rely on large belly laughs of the gross-out comedy kind, but the culturally astute giggles.