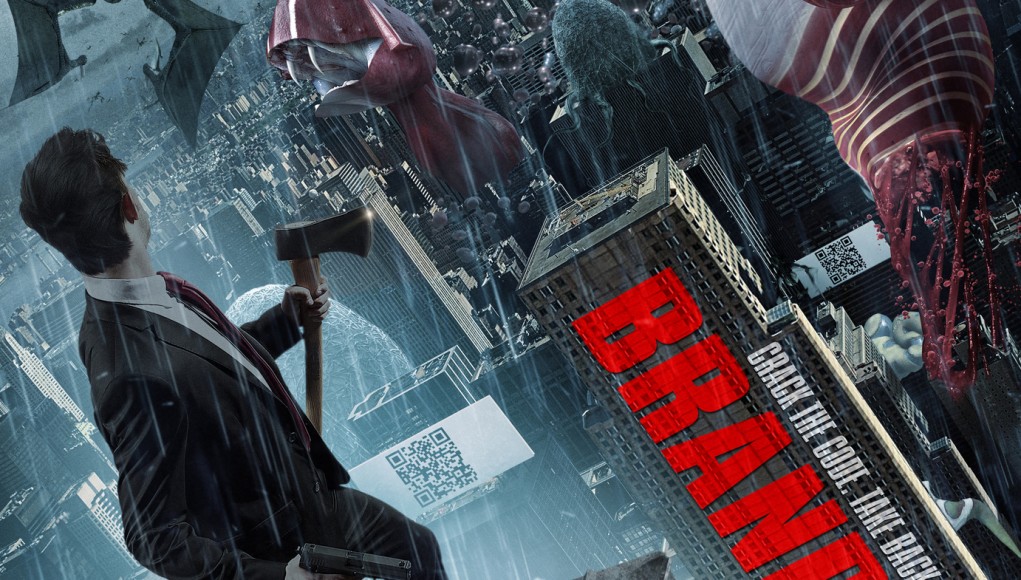 One conspiracy theory that arose in the 1980s was whether New Coke was a huge mistake or a deliberate plan to re-ignite cultural passion in the century-old brand. Branded takes this marketing theory and places it in context to post-Soviet Russia, contemplating the role of espionage in marketing and the role advertisers have on cultural mores. Despite the heavy handed existentialism of both advertising and human instincts, Branded portrays advertising conspiracies in pre-Millennial age with juvenile mysticism and a stale attempt at satire.

At an early age, Misha is struck by lightning just after seeing stars align into the shape of a cow. Years later, Misha (Ed Stoppard) is stiffed by his boss, whom he helped grow his vodka business. Bob (Jeffery Tambor) acknowledges Misha’s gift of marketing, and hires him to help with his new Russian marketing company that also procures espionage reports for America. After receiving recognition of his genius, Bob’s daughter Abby (Leelee Sobieski) convinces Misha to help her bring a television show “Extreme Cosmetica”, a Russian version of Extreme Makeovers to television prominence.

Misha and Abby’s television program happens to be a link in the chain for a bigger conspiracy. The fast food companies have noticed a drop in revenues and have confided in another marketing guru (Max von Sydow), who creates a specific plan to convince people to eat fast food again. Sydow’s character dictates this conspiracy from a remote Polynesian island by cleverly twisting the public narrative like child playing a video game.

Branded has many ideas about the evils of advertising, but the film works tirelessly to beat the message over the head. Despite the ill-landing messages, the film has more moments of visual beauty than of intellectual brilliance. Many scenes take place in traffic jams, symbolizing economic over-development, and a fast food chain The Burger represents the gluttonous over-indulgence of consumerism. Even Misha’s estranged son is addicted to a burger, which can now be obtained through ATM-like machines.

The film blends late-capitalist theory with Jewish mysticism to explore how issues of our modern culture and society are dictated by advertising. It is a conspiracy theorist’s cinematic playground. Between Misha’s working class gig and his rise to marketing stardom, he sees Moscow’s skyline become dominated by billboards and posters, more so after his return from self-exile. The film tends to be more reminiscent This Greatest Movie Ever Sold, a documentary about the role of advertising in film, and even segments that explained São Paulo’s ban on public advertisements.

Bill Hicks famously told marketers during a stand-up performance to kill themselves because the work they do is detrimental to society. We hear this diatribe often, and the lesson rarely sticks for very long. No matter how much one considers themselves blind and resistant to marketing tactics, we always fall at one point or another. Even I cannot always explain my inability to resist the Criterion Collection. Branded is aware of this attempt to consciously resist advertisements, but posits the industry as an incurable disease. 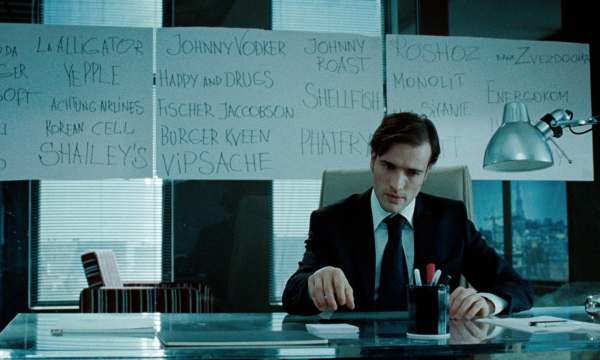