Home Movie Reviews Away We Go 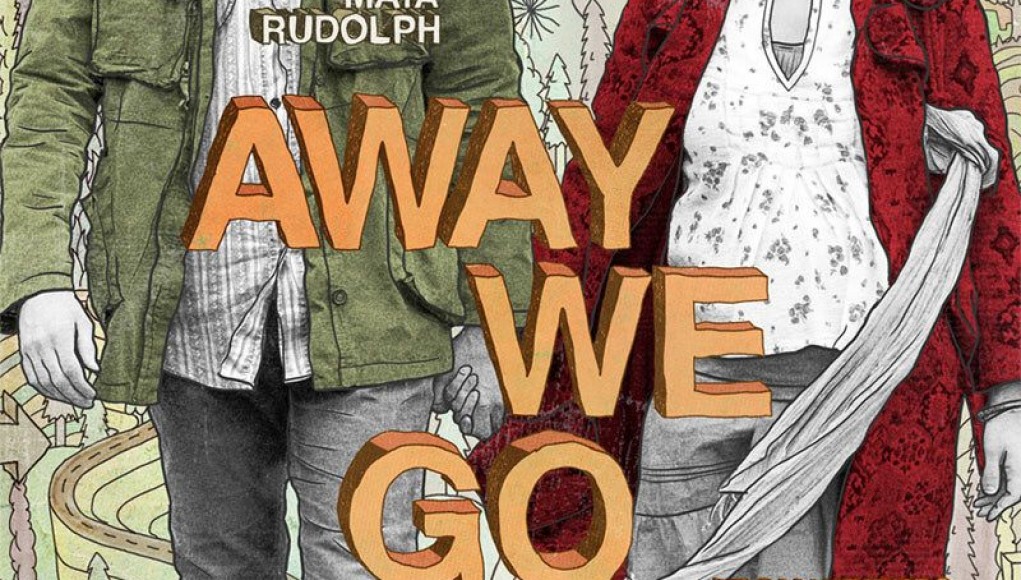 Sam Mendes entered the world of cinema from the stages of Broadway with the critical and box-office success with American Beauty, the 1999 Academy Award Winner for Best Picture. Since then, he has continued to direct spectacular films such as Revolutionary Road and Jarhead. His 2009 subtle comedy Away We Go allowed Mendes to take a challenging step back into more a dialogue-centric plot filled with hope, a drastic change from the darker earlier films of his career.

Soon-to-be parents, if ever to be married, Verona De Tessant (Maya Rudolph) and Burt Farlander (John Krasinski) set out to visit friends and family around the country to find the right place to raise their child. Both begin the trip with specific internal struggles that deal with how they feel about the future of their child. Verona is worried that the two have not properly prepared for their child, while Burt begins to theorize on what type of father he wishes to be.

Each visit to a friend or family member allows Verona and Burt to take a deep look into the dichotomy of American lives, allowing them to discover the flaws in nearly all families. After a long, tedious trip, the find the home they have been looking for in the most unlikeliest of places.

Away We Go is a mature step for Mendes, which allows the director to take use his Broadway and Hollywood experiences to create his first quirky comedy that points the finger at the issues that plague modern couples on the verge of being parents. The friends and families of Verona and Burt are filled by an ensemble cast featuring Jeff Daniels, Catherine O’Hara, Allison Janney, Jim Gaffigan, Maggie Gyllenhaal, Josh Hamilton, Paul Schneider to name a few. This ensemble cast of cameos allows the audience to gain the same affection for the friends and families that Burt and Verona feel upon seeing them again.

Verona and Burt are affected greatly by their trip, particularly of their visit to LN (Gyllenhaal) who uses radical new-age ways to rear her children, going as far as to reject Verona’s gift as a stroller because it “pushes” her children away from her. A visit to Tom (Chris Messina) and Munch Garnett (Melanie Lynskey) in Montreal, Verona and Burt are welcomed into a large home where all the children are adopted. Yet the parents are equally guilty and depressed that they two cannot conceive on their own. Regardless, Burt and Verona are impressed with the uncanny and unconditional love in the home.

They way Verona and Burt view each of their friends and families has a very condescending feel, often scared and timid to what they see. As humans, we are scared of what we do not know. Away We Go is a road movie where the characters are looking for themselves and their future. If this condescending feel did not exist, Burt and Verona would have less of a reason to change. They realize they do not have the radical leftist ideals of raising their children like LN, yet understand the miracle of conception by seeing the despair between Tom and Much in Montreal.

Away We Go has just a few moments that tend to drag toward the end of the film, but maybe structured as so to deliver the final epiphany where Verona finds her childhood home. The home contains the memories of her dead parents, and it is these memories in which she chooses to raise her own child. If the previous scenes did not slow the pace down, the last scene’s underlying meaning would not resolve as smoothly into a hopeful happy ending. 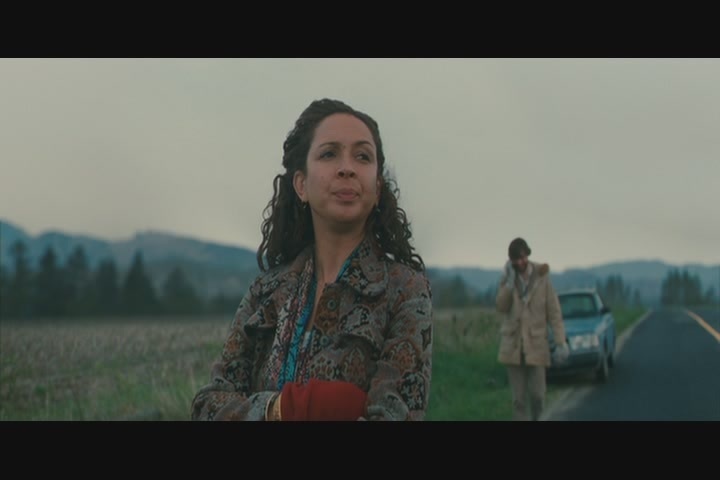 One particular issue that separates Burt and Verona, although they remain together, is that Verona has no intentions to marry Burt, but admits that she’ll never leave him. Burt asks Verona to marry him on several occasions, she says “no” each time. For every “no” she mutters, I don’t think I would be wrong to say that her love for him grows. Away We Go is such a stark contrast to American Beauty. While we are witnesses to the traditional family falling a part in American Beauty, we see a new, but loving non-traditional family enter into America. Do you really have to be married to love someone forever?

Burt and Verona see that each family they visit, the marriage appears to be the weakest part of the family, there is always something keeps the two together. While Bert and Verona remain unmarried, they come out of the their trip far stronger because of the failings of others. They may remain unmarried at the end of the film, and possibly throughout their child’s life, but at the end of the film, they are stronger than ever before.

There is no way you can discuss Mendes without pointing to the Mike Nichols influence, who also also came from Broadway to make films. Nichols busted into the film scene with The Graduate and Who’s Afraid of Virginia Woolf?, two films that attacked traditional American values, similar to how American Beauty had. Yet Away We Go offers so much hope for the modern American couple, far more than I was expecting.

Mendes maybe one of the first directors that can truly bring out the best performances out of John Krasinski, who for the first time since seeing season one of The Office, John Krasinski is finally acting as someone else and not Jim Halpert. Maya Rudolph who’s gorgeous demeanor which mends both confusion and love is spectacular, her best performance to date.

Away We Go is certainly not a great film, but it is a film with a light-hearted statement that is dedicated toward that group of American couples wedged between Generation X and Generation Y. There is no grand message that one cannot learn in life for themselves in this film, but Away We Go creates for an excellent dialogue that is both hopeful and critical of the future of traditional American marriages and lifestyles.