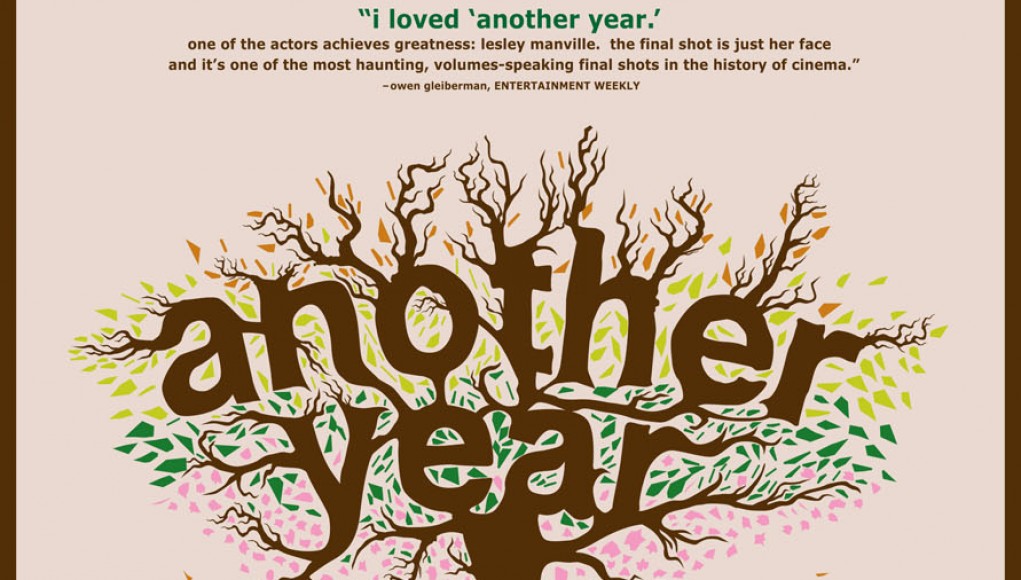 Mike Leigh is one of the few directors that use a rigorous research and development style of improvisational workshops to create characters, returns with Another Year. Leigh has again created a unique set of character studies that leaves the viewer with just as many perplexing questions at the end of the film than they would have at the beginning.

Another Year follows the lives of a small intimate group of Londoners through the year’s seasons. Primarily focusing around Tom and Gerri, a content couple who modestly bask in the wisdom they have acquired through simplicity. The film focuses on how the two juggle their friendships of characters who enter and leave the narrative.

Gerri’s friend and co-worker, Mary becomes a desperate fixture in Tom and Gerri’s life; she hides behind her misery by chugging full glasses of wine. Ken, a friend of Tom’s, an overweight, gluttonous alcoholic, arrives for a brief stay as well. The two reveal their desperations and unhappiness in life. As a stark contrast to the miserable Mary and Ken is Joe, Tom and Gerri’s son who has just obtained a girlfriend, much to Mary’s dismay.

Early in the film we are introduced to Imelda Staunton, star of Leigh’s excellent Vera Drake. But after the first few scenes, she is nowhere to be seen. This happens again with Ken, he appears and is featured in a decent chunk of the film, and is never referred to again. ‘Tis life?

As the film goes from season to season, the cinematic style and overall moods of the characters matches the season. From the bright colors and optimism of Spring, to the carelessness of Summer, how things seem to slow down in Fall, and last, the gloominess of Winter. Leigh moves through the seasons with ease, carrying the disposition at the end of one season into the beginning of the next season, which would ultimately change as that season progresses. Leigh pulls a screwball by not bringing the narrative back around to Spring, a conventional tendency. By doing so, Leigh provokes a downbeat ending that is far more representative of overall mood and themes of Another Year, but very much fulfilling.

Do not dismiss Another Year as a depressive drama. The film is filled with cheerful moments of comedy sprinkled throughout that lightens even the darkest moments. Mary’s depressive state increases, but a soulful moment between her and Tom’s grieving father during the Winter is tender moment, with a few chuckles as well.

When you consider the title of this film, you could surmise that Leigh has added to his impeccable oeuvre; another film that is deeply rooted in realism of the middle, working-class in Britain. Leigh has mastered his own style, so much he has elevated his newest effort to a new level. Certainly incomparable to his other films in terms of which one is better than the other.

The character studies here are slow moving but honest, a realism that Mike Leigh strives for and succeeds. What gives Another Year replay value and makes it worthy of discussion is that you could deduce an admirable amount of interpretation on the characters themselves.