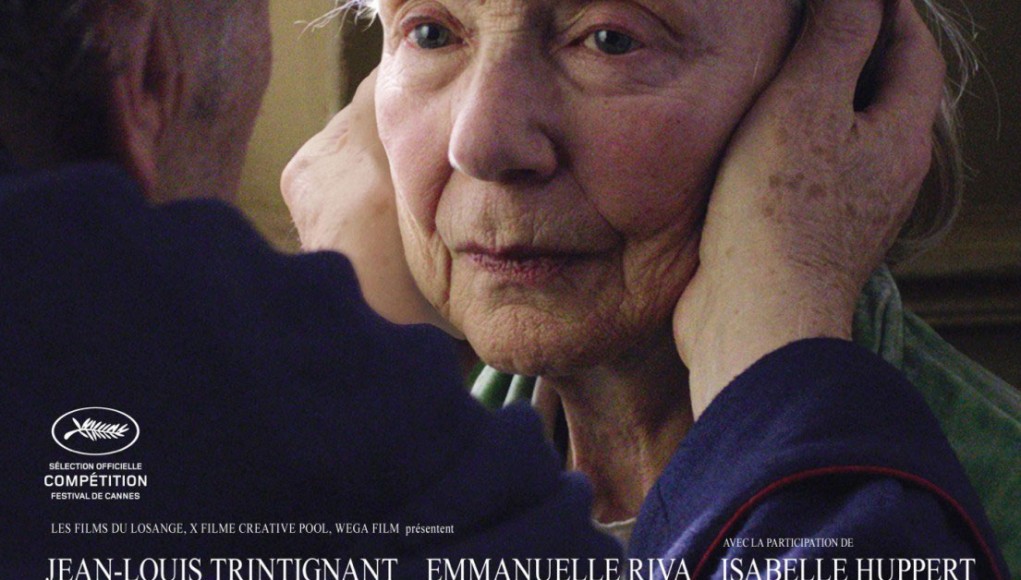 The first ten minutes of Amour contain most of the film’s action. Although the film is relatively quiet, it is devoid of superficiality, and focuses on the most important moments in the last months of a couple’s lives. Michael Haneke’s new film is sentimental, tragic, poignant, and fierce, even if it may not seems so it in its visual distance from the subjects.

Firefighters break down the front doors to an apartment where they find Anne (Emmanuelle Riva) lying dead on a bed, covered in flower peddles. Months earlier, Anne and her husband Georges (Jean-Louis Trintignant), both retired, have breakfast in the morning after enjoying a concert. During breakfast, Anne goes entirely blank for an extended period of time. After a botched surgery, Anne becomes partially paralyzed and makes Georges promise to become her caretaker.

Taking place entirely in the apartment, Amour depicts the rising tensions as Anne’s condition deteriorates. Anne has become despondent due to the poor surgery she received, but that is nothing compared to her declining health. The promise that Georges takes creates tensions between him and their daughter, Eva (Isabelle Huppert), and this promise prevents Anne from receiving the help that she really needs. Then again, Anne fears the hospital which performed poorly, and becoming another patient in a room is far from ideal in living out your remaining years.

Amour is a film told visually and devoid of superficiality. The most intense moments are captured succinctly, often times from a far. Long takes and wide shots capture the close quarters of the apartment, which seem to get tighter as the Anne’s condition and their relationship deteriorates. Even Anne, who finds the joy and freedom of a mobilized wheel chair, loses hope when that clutch of mobility breaks down. Haneke is known for this form of filmmaking, where the camera does not interfere with depicting the treachery that life might offer, but reveals it as it happens. Amour is a quiet film, but it is a tender film that reveals the heartbreak of aging couples and the promise of “‘til death do us part”.

Despite the heartbreak that Amour depicts, the film is obviously about love, especially as the title is literally translated as “Love”. Anne and George are like many couples that enter into their later years; having to assist a loved one with daily hygiene is a trying task, even for life partners. Georges’ commitment to Anne becomes an anxiety that affects his own dreams. A Felini-esque and realistic nightmare scene reveals his own emotional confinement to the apartment now that his wife is ill. Yet the surreal aspects of the film do not end there. A pigeon enters the apartment on two occasions, acting as a provocateur to a symbolic meaning that can only be held by the individual spectator, but I suggest that it is a key symbol to George’s own mental degradation in parallel to his wife’s failing physical health.

Amour may hit close to home for some, including myself. Subsequent tragedies in my family recently have enlightened me to the commitment of marriage in old age, and Amour seems much more like inevitability than a rare occurrence. But Anne and Georges’ later years do not define their marriage. They were music teachers who enjoyed the finer things in life. This film only portrays a dark time in their life. But love and drama go hand in hand, that is why this film is title “Amour” and not “Décès”. 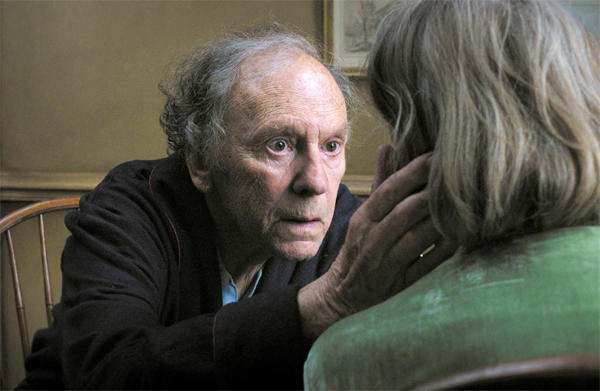 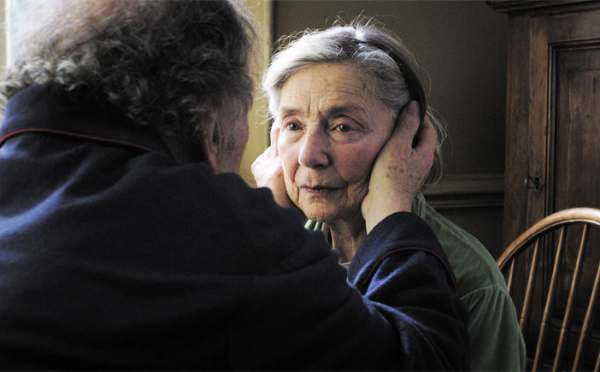