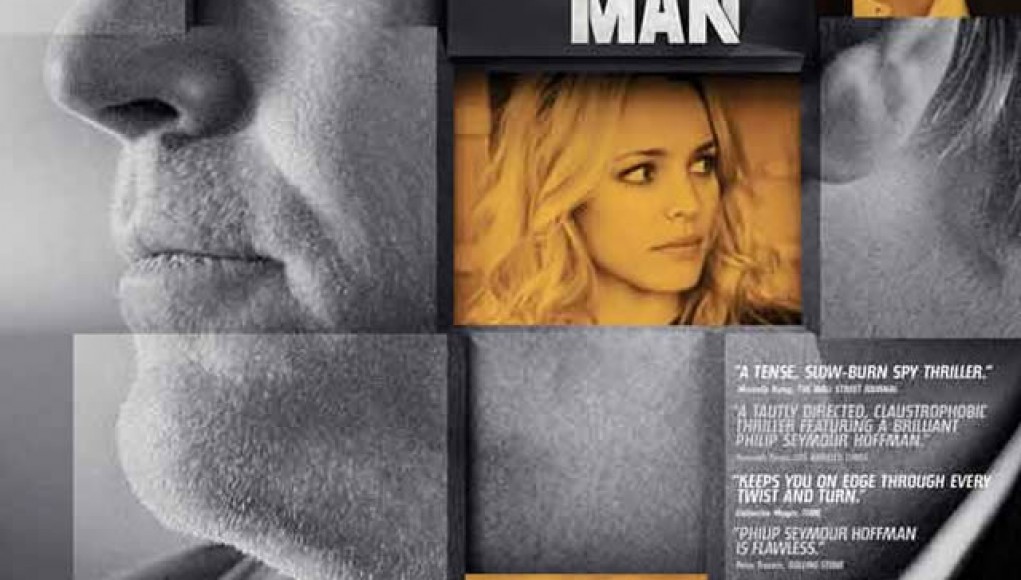 Spy thrillers are bound to become more complex with the NSA leaks uncovering a massive global surveillance system, and A Most Wanted Man is perhaps the first film to take a crack at it. Adapted from John le Carré’s eponymous novel, A Most Wanted Man extends the spy genre enough so that it’s original, but not to the point where it’s unrecognizable.

Intelligence officials in Hamburg have been on edge ever since the September 11th attacks were planned in the German port city. An off-the-books German anti-terrorist unit lead by Gunter Günter Bachmann (Philip Seymour Hoffman) is buddying up with local Islamic communities to sniff out potential terrorist activities. However, official German intelligence is pushing for more action, and the CIA are ready to swoop in whenever things get hairy for either side.

The film begins with a short introduction stating that squabbling throughout several intelligence departments blinded these units from recognizing Mohammed Atta’s master plan for September 11th. A Most Wanted Man is about how none of that has changed. Both German and US intelligence is constantly breathing down Bachmann’s neck. He’s developed a team that watches closely, plans, and then executes their missions, a pace too slow for his overseers who rather see him spring into action and ask questions later.

A Most Wanted Man portrays a very a relevant subject, not because of the September 11th connection, but because of the recent revelations of http://www.usatoday.com/story/news/nation/2013/10/27/rogers-house-intelligence-chief-nsa-europe/3282161/”>NSA’s spying on Germany’s top officials. Bachman’s few meetings with CIA agent Martha Sullivan (Robin Wright) represent this divisive relationship. Sullivan also wants action to occur at a faster pace while Bachman assures her that his strategy will lead to larger fish. Much of the intelligence community is about self-promotion and acquiring credit to reach the next rung of the ladder. Bachman isn’t the type to want fame or credit; he’s a loner who spends any free time drinking at his desk, on stake-outs, and at his feeble apartment.

Production of the film began just a month after NSA’s expansive global surveillance, adding to the concurrent turbulent relations. Novelist John le Carré has written the source material for several spy thrillers, including Tinker Tailor Soldier Spy and The Spy Who Came in from the Cold. As with Tinker, A Most Wanted Man also depicts the bickering among intelligence ranks, reducing the efficiency of all involved. Director Anton Corbijn is perhaps the best to adapt Carré’s smooth, cold, spy thrillers; Corbijn’s previous film was The American, which was a much more subtle suspense film that expressed the contemplation, precision, and loneliness of being an assassin.

A Most Wanted Man is one of Phillip Seymour Hoffman’s last films after his unexpected passing some months ago, and here we see what we’ve truly lost. Hoffman is so entwined into the character that the actor’s celebrity washes away as Bachman conducts a sophisticated operation on his own terms. Robin Wright refuses to shed her Claire Underwood vampness from the equally dark political drama House of Cards, and Rachel McAdams dons the bleeding-heart necessary to care for Issa, who’s equally suspicious after his years of imprisonment and torture.

During Issa’s seclusion in an apartment undergoing renovations, Annabel drops by to provide food and company. They also pass the time playing chess, which is essentially what A Most Wanted Man comes down to. Bachman moves his queen (Annabel) however he wishes, sets up his pawns (underlings) to draw out more powerful adversaries, and finishes the job by cornering the opponent’s king. Like any sore loser, the board is flipped just before it’s all over, and like any cold war, no one wins while everyone is left all the more vulnerable.