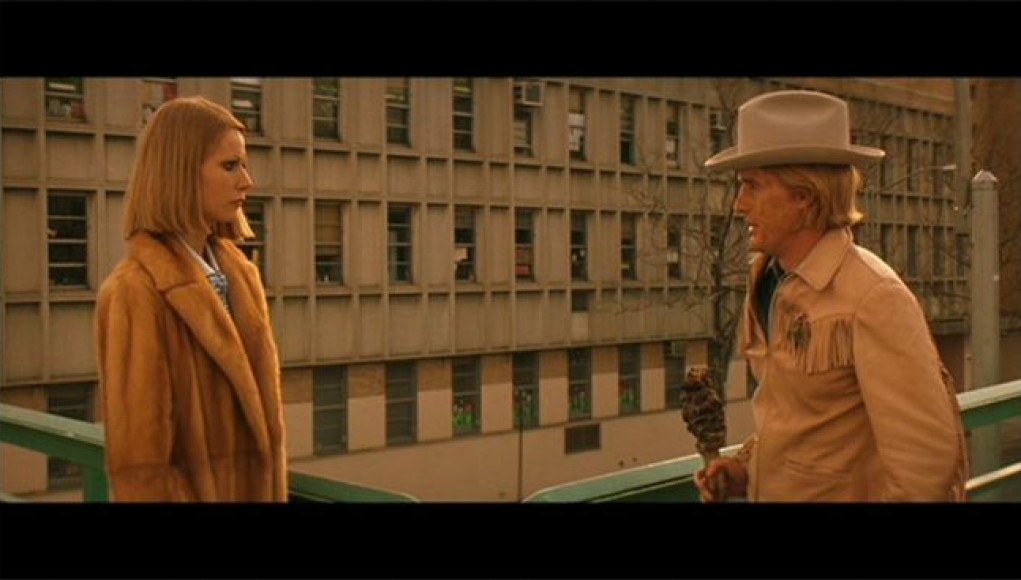 Wes Anderson has maintained a specific visual and narrative style that has retained continuity across his films. His works are primarily similar in their motifs, directing style, cinematography, and he uses many of the same crew and talents throughout all his films. The Royal Tenenbaums (2001) was Anderson’s third full-length feature and his highest grossing film at the time, and Anderson continues his unique narrative style while leaving room for continued experimentation in future works.

Containing a battery of critically acclaimed stars including Luke and Owen Wilson (the former credited as a co-writer), Angelica Huston, Gwyneth Paltrow, Ben Stiller, Danny Glover, Bill Murray and Gene Hackman; Tenenbaums certainly had wide appeal during its theatrical release, however this film continues to stand on its own as a technical achievement both as a film and the work of an auteur. What is Wes Anderson intention behind The Royal Tenenbaums in comparison to his other works? 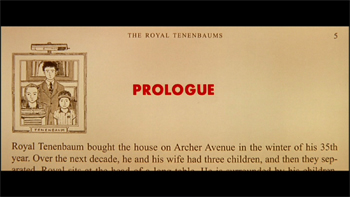 Beginning with Rushmore (1998), Anderson has maintained a specific style and unique narrative form by superimposing titles to describe either a short clip or location, adding necessary information for the audience. This narration was used extensively in The Royal Tenenbaums to portray the film as if it were being read like a book. The first shot shows a fictitious book entitled The Royal Tenenbaums being checked out from a library. It is then opened to the first page and Alex Baldwin’s voice-over narration begins. With all these elements in place Wes Anderson succeeds in expressing the desperation and hopes of the characters within the film and does so with a film narrative acting as a novel. While the film’s focus of character metamorphosis throughout, the major hero is Royal himself reuniting his family. The film closes on his funeral provoking the idea that this fictitious book is more of a memoir from Royal. 2004 brought us The Life Aquatic with Steve Zissou, a blatant but free-standing homage to Jacques-Yves Cousteau. The film is more in the form of a documentary but continues to the use the same titling techniques.

The character conflict in all of Wes Anderson’s films is an attractive motif since most of these struggles are easily relatable to the audience. The actors in The Royal Tenenbaums are well known and respected talents and certainly bring their gifts to this film. Where these faces are certainly recognizable, they disappear into their roles with ease and their celebrity personalities become invisible. Nearly all the characters have fallen from their peak prodigy/celebrity status and have retreated to express their frustrations in unproductive ways. Redemption as state of depression is found in all four of Anderson’s feature films; however Tenenbaums seems to surround the audience with this theme. Royal’s continual bias relationships with his children are shown to the audience as a preface in the opening, revealing their cruel upbringing and allowing the viewer to empathize with these quirky and flawed characters. By the end of the film, all the characters have risen above their flaws and accept their new status, a theme shared in Bottle Rocket, Rushmore, and Life Aquatic.

Royal is a man of many flaws whose sole journey is to reunite his family, despite the lack of unconditional love he had provided his children. While he certainly does not win back Etheline, he does win back the respect of the family, and pivotal moment in the film is Chas being the only only witness to his death. Previously, Chas was highly critical of Royal’s dubious behavior. Royal also has a chance to reconcile with Margot and give his blessings to Richie. The climax to Royal’s journey is giving Etheline a divorce then giving his blessings to her and Henry Sherman. His journey of redemption is clearly similar to Anderson’s other films, but The Royal Tenenbaums reaches a sentimental zenith that surpasses his previous efforts, and still gets the last laugh on Royal’s own tombstone. Royal is a highly unlikeable character, similar to Max Fisher (Rushmore) and Zissou (Life Aquatic). This unlikeable quality drives these characters to change and eventually earn the respect of his peers.

Anderson has incorporated the idea of forbidden love in all his films and Richie’s love for his adopted sister, Margot, is certainly the most bizarre of them all. Yet it seems to be the most sensitive and accomplishing plots Anderson has used. During the exposition and the rest of the film, Royal humorously introduces Margot as his adopted daughter, even to business partners. Margot continually felt unaccepted by her father and thus propelling her to be rebellious and explore sexual misadventures. Royal was accepting of Richie’s feelings for Margot with only a slight hesitation, again proving Royal’s redemptive state. In comparison, Rushmore revolves around Max Fisher’s boy-hood crush on a second-grade teacher at his same school. Luke Wilson plays a “rescued” voluntary mental hospital patient who falls in love with a non-english speaking Hispanic maid in Bottle Rocket. Zissou falls in love with the embedded reporter who is pregnant with her editor’s child, who in turn is also in love with Zissou’s assumed son, Kingsley. This theme allows Anderson to use romance as a priority conquest for his characters, which provokes the characters to learn and change.

Time and place is one of the least important aspects of Anderson’s films. All of his films use unique sets, props and imagery to focus attention of the character’s environments. However, location and time is never completely set in stone in Anderson’s worlds. His locales are timeless, as are the appliances and vehicles. This allows Anderson to concentrate on focus of the story, allowing politics and history to remain outside of the cinema.

The cinematography reveals the worlds that Anderson has imagined and carefully forms a foundation for characters and subtexts to be exposed and present meaning to the audience. Anamorphic widescreen framing, sweeping and smooth crane shots, and the seldom use of handheld camera is in place in all of Anderson’s films. The blatant horizontal widescreen format is contrasted by vertical shapes and imposes feelings of difference throughout his films. The Royal Tenenbaums uses vertical shapes within the horizontal frames to continue the disparity between the characters and their locations. The meeting between Margot and Eli on the cross-walk bridge is a fantastic example. The film does not portray the cross-walk as perpendicular, this time the bridge is shown diagonally, which emphasizes the further separation between these two, and their ideologies are meeting at a cross-road. Not only are these two meeting to call off their affair, but both realize that the other is not what they were expecting. Individually, they reach a contrast to their states. Margot has finally realized that she’s in love with Richie, which Eli thinks is disgusting. Eli however, has been doing mescaline habitually and Margot has seen this as a weak trait. They both walk off opposite of each other.

Humor is one of Anderson’s greatest accomplishments in his filmography. Even in the most dramatic and sentimental scenes and moments, Anderson slides in his own dry and dark humor as comic relief, but also to jerk the audience around. The scene where Dr. Raleigh, Dudley and Richie sit in the private investigator’s office to read Margot’s background file, the entire file is implied to be read by the investigator like a document. However Anderson uses a montage set to The Ramones’ “Judy is a Punk” with short clips of Margot’s life away from home, including the beginning of her smoking habit, her sexual encounters, and marriages. This is depressing news for Raleigh, Margot’s husband, and his only comment, which is obviously sarcastic, “She smokes?”

Richie takes the news much worse, and attempt suicide, which is discovered by Dudley, who screams sans sound. At the hospital, Dudley appears from behind the emergency room door with Richie’s blood on his shirt. Margot approaches him and asks “Where is he”? Dudley’s response, “Who”? The aspect of humor is a vital part of Anderson’s film style by presenting even the most intense scenes as simply moments that are so delicate, even the most bizarre and minuscule gag reforms the scene into a cartoonish nature.

While humor is efficient and quirky in his films, nearly every Anderson film contains a scene where intense visuals are used to portray a dramatic event. The aforementioned suicide scene from Richie begins with him cutting his hair and shaving was filmed in one continuous shot. The scene was spliced into jump-cuts in order to have the scene move along faster and increase the tension of the scene, complimented by Elliot Smith’s “Needle in the Hay”; a style reminiscent of the French New Wave movement. Similar jump-cuts are used during the helicopter crash in Life Aquatic. Here the crash uses these same jump cuts, with mattes of red in-between to emphasize the bloody accident and Kingsley’s death.

Anderson’s films all contain a consistent high production value that gave him notoriety even from critics after his first film, Bottle Rocket, bombed financially but was widely noticed by many critics. Such production values permit Anderson to take control of the subtle details within all aspects of the film’s creation, making him truly the auteur of his films. The Royal Tenenbaums includes all of his trademarks of humor, visuals and unforgettable, but humanistic characters much like his other films; but this film is the pinnacle of greatness of the cinema that Anderson intends to present.