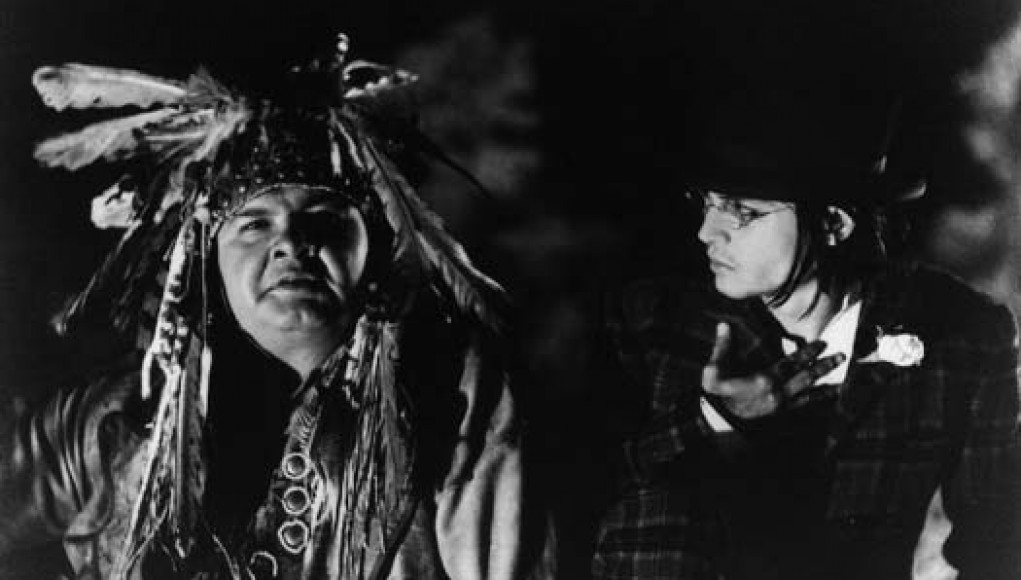 Long before the film industry commodified editing and created an cinema of obviousness, cinema was short and static. Edison and the Lumiere Brothers had invented machines that could only capture life as it were for only small, intimate moments. Their inventions allowed for only short moments of life to be captured on static cameras and exhibited to a world both scared and joyful of this new modern discovery. We have become so reliant on film editing and specific narratives to understand certain films that most theater fare is designed to keep you content. Film students are suffocated with three act structures, inciting incidents, and pay offs, thinking that all films are formulaic, and must be so forever and ever.

The evolution of style of Jim Jarmusch’s films reflects the evolution of editing. His early films such as Stranger Than Paradise are almost always taking place on the road or traveling through post-modern America, and relies on vignettes to portray the smaller moments of life. These vignettes are narratives in themselves, featuring a beginning, middle and end. They act as slices of life that explore the relationship between the three characters in static moments just a few minutes long at most. Instead of showing the most spectacular moments, we are shown the most banal. When these moments are placed together the parts represent the whole, and these banal moments lean upon each other so heavily, that loving relationships begin to reveal themselves. This stasis of the camera contrasts with all the traveling that Eddie, Willie, and Eszter endure during their adventure. Between each static scene is a transition as simple as a fade to and out of black. Each transition acts as an ellipsis that replaces the most interesting actions. Instead of giving us the action, Jarmusch serves us the aftermath, the moments that really build relationships between characters.

This minimalist style would slowly evolve over time as Jarmusch began to add conventional coverage and editing to his scenes. Down by Law follows the events that lead up to and after three separate males wind up in the same prison in New Orleans. While the camera certainly moves more in this film than Stranger Than Paradise, the shots still project that our characters are in closed spaces even before they arrive in their cell. Each scene again features the same transition to black which still masks the action which leaves us again with lovely moments with the characters. Mystery Train was another evolutionary step in Jarmusch’s vignette style. The film follows the individual stories of three separate parties and their overnight stay at a hole-in-the-wall hotel in Memphis, TN. Each story uses a vignette structure with more cover and editing that conforms to the institutional mode of representation.
Dead Man is a post-modern pastiche on the Western, a large departure from his previous, much more minimalist nature. It was at that time his largest project that is also a culmination of his minimalist style, his work with vignettes, and a much more post-modern that he had ever been. A twangy bluesy guitar from Neil Young acted as the sole soundtrack that fit the time-period so well you would consider how much better the the lawlessness of the West would have been with a vacuum tube amplifier. It is also Jarmusch’s first attempt to use a more typical cinematic representation but continue to use the short vignettes and his signature fade to black transitions between moments. Jarmusch has moved closer to the cloak of invisibility that the American film industry relies on so heavily.

The Western developed as a mythical America where the law had not yet reached every nook and cranny in the frontier that was an implied destiny to be fulfilled by natural right for American citizens. John Ford grasped every perspective of the Western one could muster up in a career. From the communal struggle to reach the West in Stagecoach, the law of the book v.s. the law of the land in The Man Who Shot Liberty Valance, to the racism of a voluntary outcast in The Searchers. The Western represented a mythical ideal of an America that had yet to be fully conquered. At the point of Dead Man‘s release the Western was left as a flickering light against all of Hollywood. By 1995, action adventures had increased dramatically, and all the independent film heroes, of which Jarmusch is among, found themselves grasping independence and freedom yet acquiring larger film budgets for their new projects. Clint Eastwood’s Unforgiven had placed the Western into a revisionist mode and earning a Best Picture Academy Award. The interest in the Western has long past when Dead Man was released. The Western has only has small hopeful coughs of a potential resuscitation, True Grit being an example. But Dead Man put the Western into high gear as a high brow pastiche. The post-modern tropes of referencing contemporary pop culture and using iconic talent (such as Iggy Pop) gives the film a rich layer of familiarity.

The familiarity ends when Jarmusch portrays the West as something slightly different. Native Americans such as Nobody (Gary Farmer) are gracious for their time on earth and apparently well educated in Western culture. Nobody mistakes Blake as William Blake the poet, all the while, Nobody is a reference to The Odyssey. The soundtrack helps lure us into drawing out hesitations of Jarmusch’s Western portrayal. Neil Young’s lone, distorted blues guitar twangs in the wind and suspends the common acoustic guitar or a grandiose orchestra that audiences have become accustomed to match the Western horizon. Young’s amplified guitar works as if vacuum tubes did in fact exist in the Industrial Revolution. Hence, Jarmusch reverses much of common iconography of the Western that film history has provided, and instead has given us a plate of our own contemporary culture to feast off of.

Jarmusch is not only re-tooling the Western, he is re-hashing devices from cinematic history that are always forgotten about when the common institutional forces push films to be invisible. After William Blake (Johnny Depp) arrives in the town of Machine, he takes a stroll down the main street. We are presented with a sequence not to dissimilar from the original Kulesholv effect. The sequence begins with Blake walking hesitantly down the street of mud with the camera dollying along with him. It cuts to a man looking at him as a creature of Otherness and cuts back to back to a close-up of Blake. Next the film cuts to a woman rocking her child as she peers at Blake in a similar fashion. The film cuts back to a medium-shot of Blake which then becomes a wide shot of Blake carefully walking around a pig in the middle of the street. The film returns to the close-up of Blake which is again cut to shot of a parked horse relieving himself on the side of the street, with a reaction close-up by Blake to follow. The camera cuts away to another few towns people who reaffirm Blake’s appearance as out of place. But it is that last shot, reverse-shot that sums up the sequence. The close-up of Blake cuts to a man receiving fellatio in an alley who points a gun at Blake when he spots him staring.

This sequence is not a straight example of the Kuleshov effect, but it does effectively use the device that allows us to read and sympathize with a character more easily. Furthermore, the sequence introduces Blake to his eventual decline through the worlds where the Industrial Revolution creates boom towns that where resources and labor are raped and pillaged. Boom towns in the American West are rarely ever portrayed in film for their damaging effects on communities and their environment. Jarmusch is a master of showing us an American that no one else will admit exists. Stranger Than Paradise showed us that New York City, Cleveland, and Florida which were all boring and mundane. Mystery Train showed us a town that once bustled with the lifeblood of early rock n’ roll that has become a disheveled dump with small pockets of historical substance. Dead Man takes us to an American experience that we cannot return to. Industries are responsible for small towns and when Native Americans who were one with their surroundings appear to be the only ones that have the wised om to carry humanity through the absurdities of life. It is with the help of Nobody that Blake is able to become a legend beyond that of the poet of the same name. A meek accountant becomes a fugitive from the law with a kill count that keeps rising, matching the bounty that is on his head.

While all these post-modern elements and reaffirming tools from film history past create a Western like no other, these devices allow for Jarmusch to create a genre film that feels far more natural than a typical Western. Young’s guitar is not to dissimilar to a lone guitar played over a montage of Western horizons and the campfires with the men who are chasing Blake to be inspired by The Three Stooges rather than a Classical Hollywood Western ever could. (Get it, Iggy Pop, The Three Stooges). Jarmusch has crafted a film that has replay value, and to the informed and educated spectator Dead Man is a fun exercise of pop culture and Western tropes mashed together. Jarmusch would substantially increase the post-modern elements substantially in Ghost Dog: The Way of the Samurai which includes a little auteuristic in-joke featuring Gary Farmer reprising his role as Nobody on top of downtown building roof repeating “Stupid Fucking White Man.” It does not hurt that the story happens to take place in the “Industrial State,” further evidence that Jarmush is commenting on the state of industrialization in both the past and present, in the West and the East. Dead Man will remain to be a tangent when compared to much of Jarmusch’s career. His later films will not play with the genre conventions nearly as much as he has done with Dead Man, although he continues to experiment with vignettes and other forgotten cinematic tricks and history forgotten by many.