Home Blog Why You Should Ignore Armond White 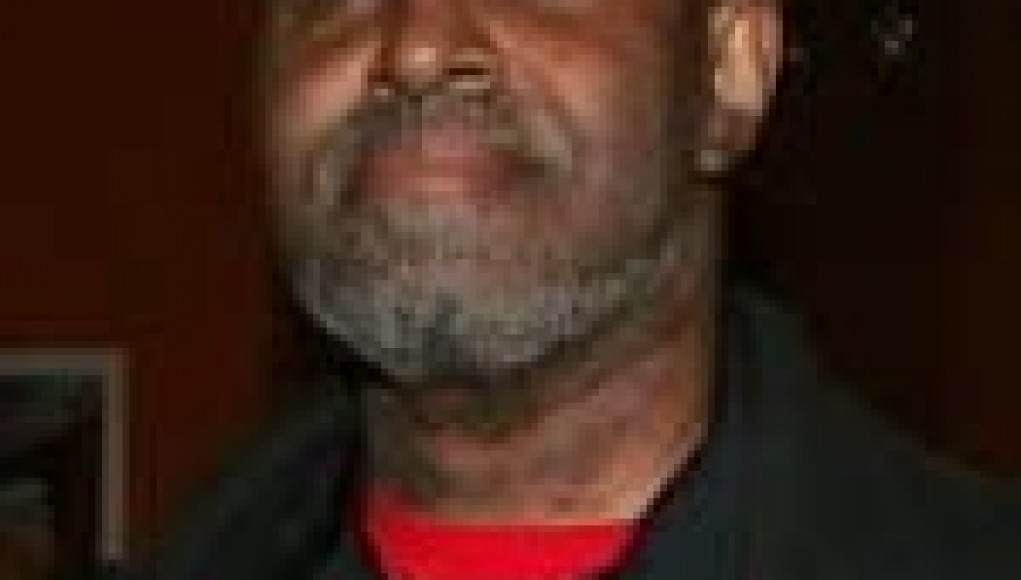 Prior to Toy Story 3, I had no idea who Armond White was, I doubt you did too. Thanks to hardcore Pixar fans, his name is now a staple in film criticism two months later. For those unaware, White is one of the few film critics whose ratings are syndicated on Rotten Tomatoes that had a negative opinion of the animated film, knocking the film down from the coveted 100% rating that the previous Toy Story films have.

My opinion of White was neutral until he made an appearance on /Film’s weekly Podcast and After Dark Podcast discussing Inception. During the podcasts, White does defend his ideals quite well and makes many excellent points, as well has his point of view regarding how he views cinema—views that are not too dissimilar to many film critics and cinema essayists from older, traditional media forms.

White goes wrong and just crazy several times, particularly during the /Film After Dark Podcast. David Chen (the Podcast’s host) transcripted many of the passages that White had spoken during their discussion.

The Meaning of Film Criticism

We got film critics who are employed professionally by legitimate publications, and we have the world of the internet film writers. The internet has become so pervasive and overwhelming that the internet has stolen the impact and prestige and effect that traditional professional film criticism used to have. As a result of that I think that people who are now employed by the mainstream media are so intimidated by the internet that it seems, when you read mainstream published film critics, that they’ve simply given up being film critics, because they’re afraid of losing readership, because they’re afraid of losing their jobs, probably because publishers and editors simply want to get readers and appease readers, rather than inform and instruct readers. And I think that leads to a kind of anarchy where there are very few people writing about film who know what they’re talking about and who are rigorous about having standards in film. The anarchy, I think, comes from the the fact that in mainstream media and the internet, most people who are writing about films are simply writing from a fan’s perspective instead of a truly critical perspective. So what used to be termed “film critics” now is almost meaningless, because you just got a free-for-all of enthusiasms rather than criticism.
– Armond White
From Armond White: “I Do Think It Is Fair To Say That Roger Ebert Destroyed Film Criticism”

White makes some excellent arguments here. However, as I have discussed before, bloggers and internet users who write movie reviews and essays are just as relevant than anyone else. Granted, not everyone has completed university and college level Film Theory and Criticism courses (I have).

I do believe that the future of film criticism being a highly paid, highly sought-after profession is dwindling. This fact has not stopped tens of thousands of amateur movie bloggers from starting their own websites. I do agree with White in that many of these bloggers are often fueled by hype, celebritism and news, something I choose not to focus on with CinemaFunk. White discusses film critics who fear for their profession and maintaining viewership as “simply given up being film critics” is an issue that most print journalists have battled. The answer is to adapt and find new outlets and new models montetization.

I also agree that that many use the term “film critic” loosely. A critic is someone who uses academia and journalism to discuss and inform others about art. Most of those who write movie reviews, are movie reviewers. Attempting to change mainstream vocabulary is tricky. There are many misnomers within the film industry. Many people call a digital video film. It is not film, it is a digital video. That is why the correct umbrella term for all moving images is cinema. I ask you, who is going to lead the way to this change? What about for film critics and movie reviewers. This is not exactly political correctness that is required in the workplace.

Who is a Film Critic?

You guys might have perhaps come across something I wrote/said somewhere, where I said that I think no one should be allowed to make a movie before they’re 40, although there are obviously a whole lot of exceptions to that. We’d have no Citizen Kane if that were so. But I kind of feel that way, and I certainly feel that way about criticism. I think really, there should be no film critics – okay, let’s change the age – there should be no film critics younger than 30. Because before that you don’t know enough about art, you don’t know enough about life. And I repeat to you, I started out as a young person interested in writing about film, but really really really, I know more now than I knew then.
– Armond White
From Armond White: “I Do Think It Is Fair To Say That Roger Ebert Destroyed Film Criticism”

Being a film critic does require one to watch hundreds, possibly thousands of films each year (Read ZOMG! You Haven’t Seen That?). For a college freshmen who is attending their first Introduction to Cinema class, they are very much behind. I do believe that a proper film critic must accumulate and have screened a vast amount of films. To say that someone is ineligible to write film criticism prior to a certain age is ignorant.

I do believe that there are about 2,000 films that are essential to the history of cinema, worldwide. From The Great Train Robbery to Avatar, there are films that have altered the very structure of cinema’s DNA. To know a film, is to know the essential ingredients to what came before it. We would not be able to understand Inception‘s layering of stories if it were not introduced cross-cutting and montage to humans via Battleship Pokemkin or Birth of a Nation. But because these cinematic device were introduced, we now use and understand these elements like we use and understand new vocabulary words.

White explains that he started out as a young person who interested in writing about film, and now knows more than he did then. Well, duh. It is called growing up and becoming educated. Congrats. Welcome to mediocrity.

Why is it anyone can be a film maker when they pick up a camera, but you cannot be called a movie reviewer or film critic until you’re paid?

At The Movies did not destroy film criticism. It brought it into the homes of millions. Yes, Ebert, et al. all had personas to live up to, they had to entertain as much as they had to inform. I’ll admit it, I never cared for Ebert until he lost the ability to speak where he ironically became more outspoken online. Before that time, I thought he was a blubbering idiot. “Training” to be a film critic is a different path for everyone. To say that one path of education is better than another is wrong.

Yes, it is easy to point out the continuity errors, plot holes, and other inconsistencies. The foundations of film are ever growing. What White does not disclose is that when Ebert was in college film criticism and film production classes were scarce. Many of the major changes in the international film language had yet to be collected into a proper curriculum when Ebert was entering college.

According to Wikipedia (of course, I take it with a grain of salt) Roger Ebert‘s wrote commentary and reports on a variety of subjects including sports, science fiction, and finally writing his first movie review in 1961.

Information, such as birthdate and education are missing from Armond White’s Wikipedia entry. I’m sure that White has had a very stimulating cinema studies upbringing during a time when film studies and production began to become common place in American universities.

My point here is that, Roger Ebert helped define film criticism to a mass audience as movie reviewing and developed his style when this type of education was not widely available, if at all. He grew into his knowledge as a journalist for a variety of subjects, all of which he brings to the cinema (Read What You Bring to the Cinema). White wanted to be a film critic, and so he studied film criticism.

First, for those who mourn Toy Story 3 inability to reach 100% on Rotten Tomatoes, get over it. Rotten Tomatoes is a consensus. Not fact. Same with IMDB, MetaCritic, etc. These are websites that are designed to help viewers find and choose films to watch. You cannot place a numerical value on a film. This is a problem with the entertainment industry. Instead of discussing which film offered the best entertainment over the weekend, media publishes the box office figures. A sour way to promote art.

Armond White is wrong because he is the negative resistance that promotes outlandish films that are the epitome of Hollywood exploitation and attacks films that are, well better films. See example image.

In the last block of quoted text on /Film’s post, White did not list any film critics besides himself.

Film is a community. A community of filmmakers, critics, and the most importantly, the audience. If you neglect the community, you are exiling yourself into oblivion. White obviously believes very highly of the art of film criticism (oh and it is an art), particularly of the golden age, prior to the internet. We all have different opinions, but to to denounce others’ opinions, and immediately attack a film to be known as a contrarian is a negative impact on the film community. It is critical terrorism (yeah, I went there).

Where Do We Go From Here?

I believe that Armond White should be ignored, completely. Just like any shock jock, this negative attention, is still attention. I am sure he has received more offers than ever before, now that he is now in the minds of film goers around the internet. Complaining about White’s reviews have become annoying and it simply throws fuel to the fire. By ignoring someone who is admantly against the films that progress the medium to a higher standard we may be able to reduce the demand of White’s opinions, in hopes to reduce interest in his antics which could reduce publishers interest in publishing his articles.