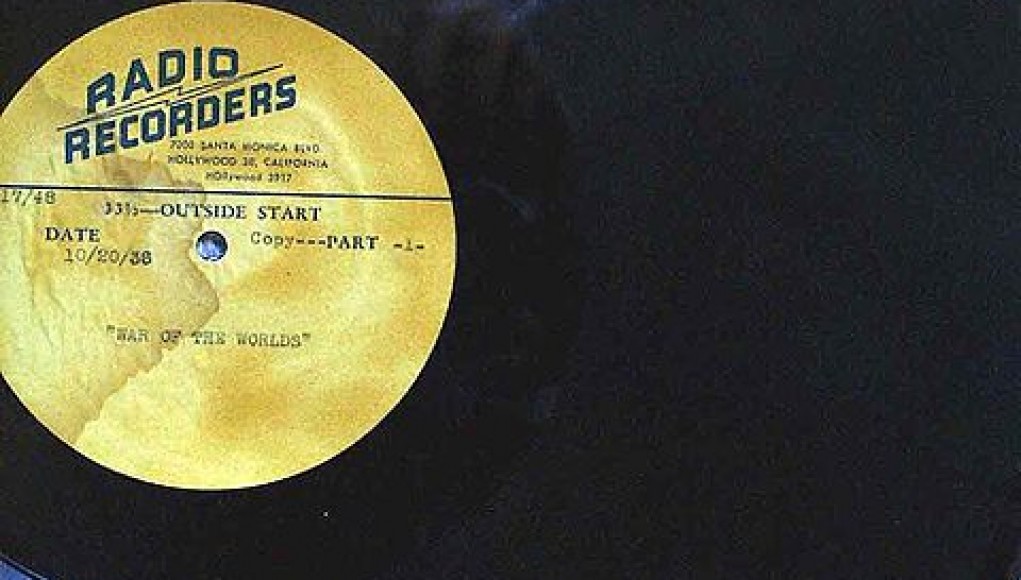 While there had always been some sketchy details revolving around the Mercury Theatre’s War of the Worlds broadcast from 1938, Slate’s Jefferson Pooley and Michael Socolow have published a historical revisionist essay that posits that the mass hysteria surrounding the famous radio play was a gross exaggeration. Instead of actually causing mass hysteria in which a million people were convinced that aliens were landing, the play went off without a hitch, and listeners were as entertained as if it was any other night.

It has been well documented in many Orson Welles biographies, certainly in Citizen Welles from Frank Brady, that the Mercury Theatre cast was not optimistic about the War of the Worlds script. It wasn’t until the next morning that newspapers had published fake and embellished accounts of the supposed crisis.

It’s not absurd to think that something like this could have happened. Several myths have permeated the culture which have driven the populous to adopt a troubled perspective on advancing media technology. This has included people frightened by oncoming trains in early films. Long before he changed the cinematic landscape, Welles made productive innovations in radio narratives, and using urgent radio announcements as a narrative device was an incisive way to weave in and out of reality.

Orson Welles even held an impromptu press event to apologize for the mass hysteria his radio play inflicted. It’s tough to say whether Welles was truly apologetic, or perhaps just patronizing the press and public.  If the revelation of this myth proves true, and the mass hysteria was indeed manufactured by newspapers, this makes Citizen Kane an even better film.

Kane follows the rise and fall of Charles Foster Kane, whose massive fortune allowed him to create a media empire fueled by yellow journalism. Kane is an exceptionally close allegory for William Randolph Hearst, who also built a large media empire on yellow journalism. Perhaps public criticism of Welles for a panic that never occurred, requiring him to save face with an apology, may have been one of the catalysts for Welles to collaborate with Herman Mankiewicz on Citizen Kane and satirically attack William Randolph Hearst and his yellow journalism empire.