Home Blog The Illuminati and the Summer of 2012 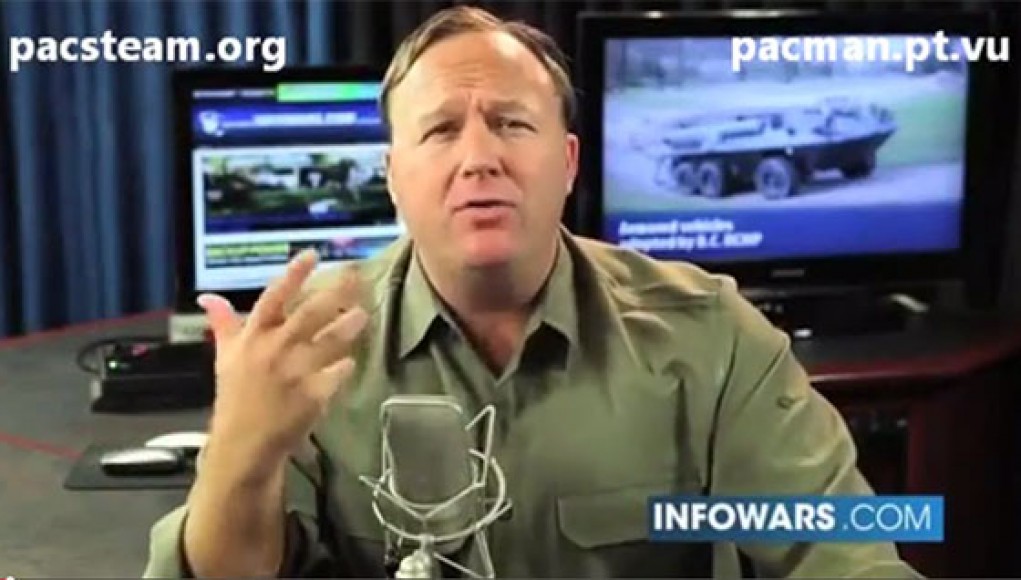 While searching for some Syl Johnson videos on YouTube (I recommend “Is it Because I’m Black”), I somehow stumbled upon an interpretation of Stanley Kubrick’s Eyes Wide Shut, which then led to me somehow watching an hour and a half long feature from Alex Jones titled Illuminati in Hollywood Movies.

I watched the entire video, posted in Summer 2012, which features Jones discussing how recent and classic films are expressing an Illuminati, or New World Order agenda. 2012 films such as The Hunger Games, The Dark Knight Rises, and Prometheus were discussed in the video, as well as A Clockwork Orange, The Thing, and Seven Days In May.

While I certainly do not believe that these films are using subliminal messages to indoctrinate the coveted demographic of males between 18 and 34, I do believe that Jones has uncovered the cultural zeitgeist, particularly regarding the blockbusters during the Summer of 2012. Though the three recent films in question were already in production prior to the Occupy Wall Street movement that began in mid-September 2011, The Hunger Games and The Dark Knight specifically express a growing citizen dissent, corruption of justice and executive powers, and in contrast, the inherent good of the humble citizen.

Where the critical-minded film-goer would have picked up these things and enjoyed them for what they were, Jones, of course, always takes it a step further, obnoxiously so. He points out how the common man cannot stand up against unstoppable threats (The Dark Knight Rises), police brutality and sedation (A Clockwork Orange), secrets to humanity (Prometheus), and economic oppression through gladiatorial games (The Hunger Games).

Rather than believing that the Illuminati is behind Hollywood’s blockbusters, a more likely scenario is that the powers making the American cinematic machine turn are entertaining the masses with provocative political and cultural messages, while taking a lovely profit off the top. Hollywood’s czars are neither liberal nor conservative; they simply provide American audiences, and even multi-national audiences, with a product. Jones must also differentiate that studio presidents and filmmakers are rarely fighting for the same end result. In essence, it is not the secretive alliances that drive American film culture, it is the MBAs who answer to shareholders and a very strong and loyal base of spectators.

In “Is it Because I’m Black,” Johnson continuously questions what’s holding him back from finally having “diamond rings and things” and driving Cadillac cars. Such things are promised through hard work and the American Dream. No matter how hard he works, or how hard the Black community at large works, there seems to be something “holding [them] back.” As the title says, he wonders if his race plays a role, and eventually concludes that it is so. Nonetheless, Johnson exclaims that trudging along is the only way out.

Jones’ (conspiracy) theories suggest that filmmakers, big pharma, and the government are controlled by a single entity designed to keep people culturally, environmentally, and physically sedated to prevent any real resistance to authority. The principal problem with the films Jones cites is they are all designed to provoke audiences into questioning their existential being. It’s unfortunate that Jones never saw Black Dynamite, which uses Blaxploitation parody and satirically fuses both Johnson and Jones’ questioning of the powers that be.

If only Jones was as introspective as Johnson, or at least more perceptive of real film criticism, he would have an argument that could rise above his conspiracy theories. If he had a larger film vocabulary, he would have made a Freemason connection to the very last scene in Being There.