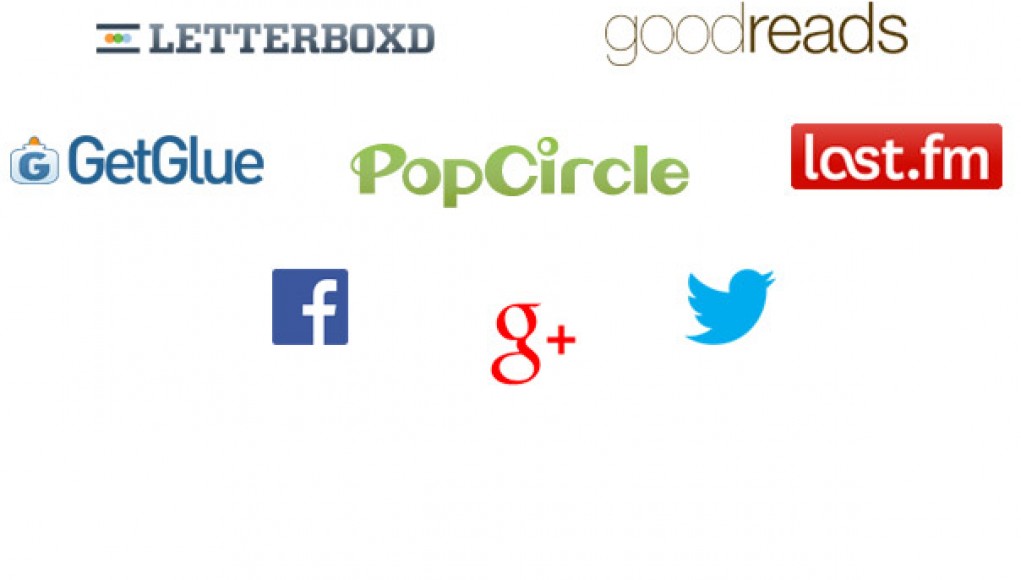 I see many of my followers and the film critics that I follow on Twitter using a particular service called Letterboxd. It is a site that functions as another social media network where you can mark and review the films you’ve seen, follow those whose opinions you trust, and create lists however you like. It’s a great service actually. Especially the critics who have written long-form articles where several films are referenced and they can then post a list of those films on Letterboxd.

There are many websites like this in fact. There is actually a word for it, Social Cataloging. There’s GoodReads for your books, Last.fm for your music, and even GetGlue and GoMiso for television. There is no shortage of ways in which you can review content you’ve consumed, create lists as you wish, and follow people you trust. I would not be surprised if there was one for video games either.

What makes these social cataloging services so great is that you can follow people whose tastes you trust. Then again, those who you follow on GoodReads may not have the same tastes in television shows. Likewise, those who like certain music genres and bands might disagree with the films that you like. This means that if you are a big consumer of media, you have to belong to all these services and manage your accounts separately.

Of course then there are the major social networks—Twitter, Facebook, and Google Plus—which all act as de-centralized social platforms where anything goes. They each have their own specificities that make them special in their own way. My family is on Facebook, but I can enjoy the mobility of Twitter, and Google Plus tends to extend into all the other Google services that I use.

That is why the creators behind PopCircle are so forward thinking. They’ve put it all together.

Remember when you had an iPod, a cell phone, and a camera on you at all times. Apple put all of that together in one device that changed the world. Remember when you had an AOL Instant Messenger account and belonged to several forums to keep up with your social life and your interests? Facebook put all of that together and changed the world. These innovative ways to converge similar but separate industries and markets is what changes our society.

That’s just the beginning. What if you followed one person who had great taste in science fiction, but you weren’t into their symphonic progressive metal interests? Another example: if you shared the interest in classic literature with one person, but can’t figure out how they could ever like Michael Bolton. With PopCircle you can create circles based around any theme you like, and include and exclude people as you wish. Think Google Plus meets Letterboxd and GoodReads.

But you also just loved the new David Gordon Green film and you’ve got to say something about it. Review it and then let everyone know on Facebook, Google Plus and Twitter with ease.

I’ve been invited to participate in the early stages of PopCircle’s existence to be an Inaugural Movie Expert. I even spoke with the Co-Founder and COO for a good while over Skype about the service, which gave me the assurance that PopCircle is designed to be a forward-thinking service that connects users in all sorts of ways, and the right resources have been assembled to deliver this service.

You can easily sign-up for PopCircle and start reviewing films, songs, TV shows, and books, put them build thematic collections, then share those collections with others. You can start following people—perhaps me as a start—and maybe you’ll discover new music, movies, and books you’ve never heard of before. The site is still in Beta, so if you’ve signed up but haven’t been let into the gate just yet, contact me and I’ll twist some arms.